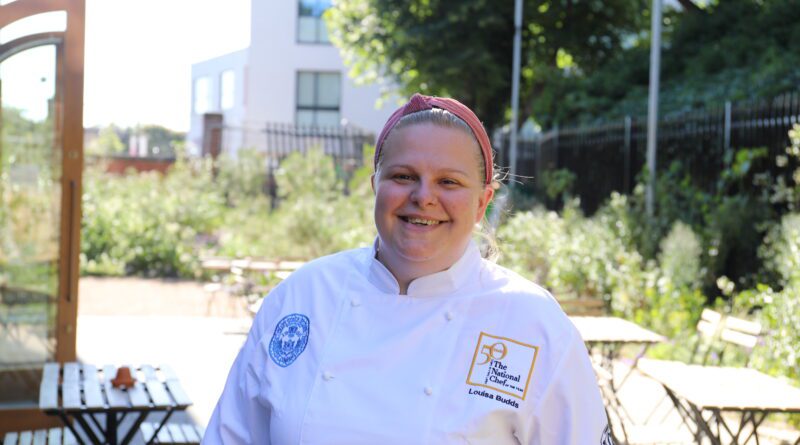 An ambitious chef has reached the semi-finals of the National Chef of the Year competition after creating a three-course menu which impressed a Michelin-starred judge.

Louisa Budds, head chef at The Bookstore in Walnut Tree Road, is one of 40 chefs still in the running to take the most sought-after title in the British culinary scene.

This year marks the 50th anniversary of the competition and the judges are looking for the next person to follow in the footsteps of recent champions Thomas Swaby, Nick Smith and Steve Groves.

National Chef of the Year was first run in 1972 and winners in the last 50 years have also included Gordon Ramsay, Simon Hulstone and Alyn Williams.

Now in a bid to take one of the top 10 spots, Louisa must create a short video, to present an amuse bouche style signature dish that reflects her own favourite style of cooking or cuisine.

Chefs will also answer some questions posed by chairman of judges, chef Kenny Atkinson, who has appeared on BBC show Great British Menu.

Once all the entries have been received a new panel of judges will whittle them down to 10 finalists to compete in the cook-off at world-famous cooking school in Paris, Le Cordon Bleu, in September.

Louisa said: “It would be an incredible thing to make the semi-finals.

“We want to put Erith – and The Bookstore – on the map when it comes to food, and this would definitely help.

“And personally, being a part of this competition is a long-term dream for me, so I am excited to even get this far.”