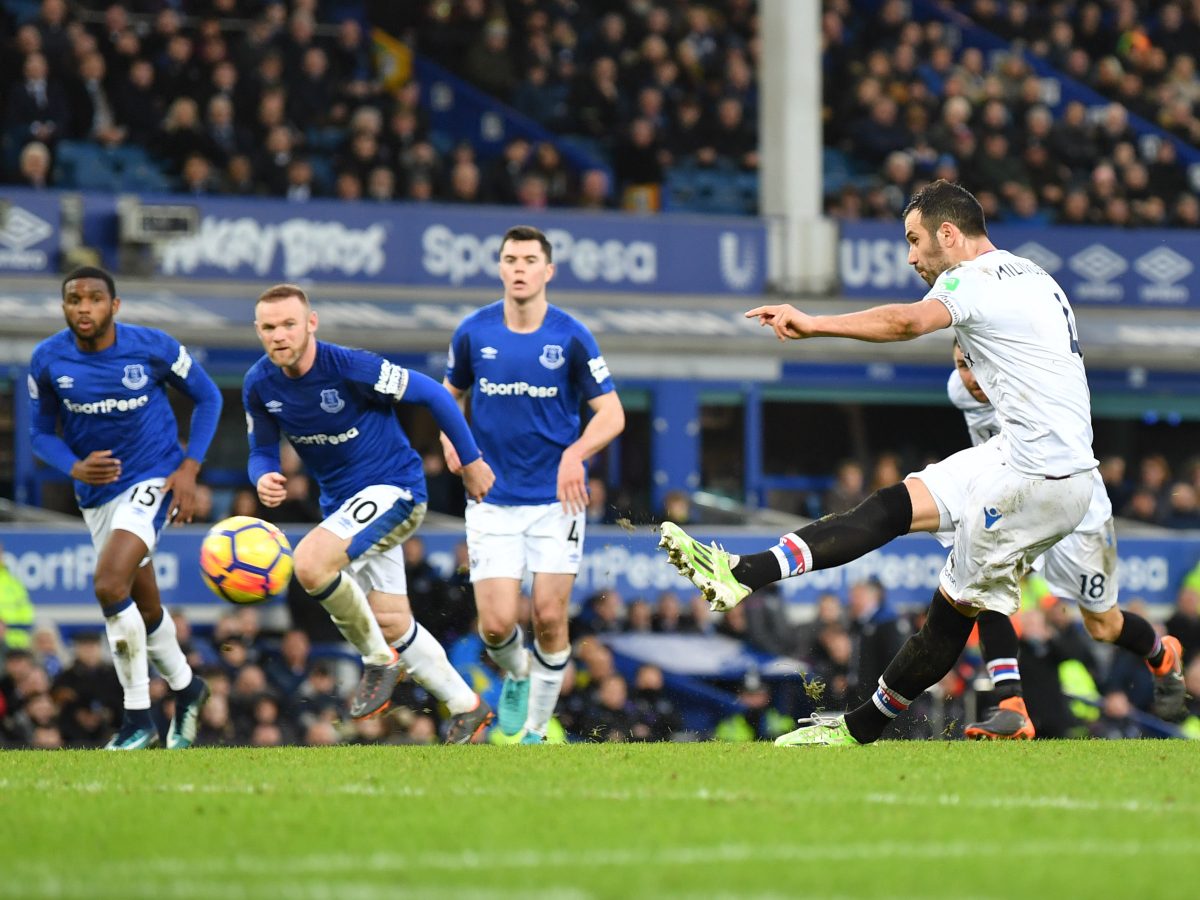 By Matt Woosnam at Goodison Park

Three second-half goals saw Sam Allardyce lead his Everton team to victory in his first game against Crystal Palace since his summer departure.
The first half was a drab affair overall but Wayne Hennessey was forced into a superb save from Idrissa Gueye on 28 minutes as he got down well to a thumping drive from distance.
Palace were hit by an injury to Mamadou Sakho, but gave new signing Alexander Sørloth a debut on the left of a 4-3-3 formation.

The Norwegian toiled a little in the opening 45 minutes but was more effective in the second half, seeing a header well saved by Jordan Pickford and his strength helped him cause a nuisance for the Everton defence which was otherwise rarely troubled.

Elaquim Mangala was fortunate that his early first half error didn’t prove costly after a poor back pass left Pickford to kick only as far as Yohan Cabaye but the Frenchman saw his shot drift wide of the open net from just inside the hosts’ half.
Sørloth did well to play an inch-perfect ball on to the head of Christian Benteke in the final minute of the first half but the striker was only able to direct his header wide.
It took just 51 seconds for the Toffees to take the lead in the second half. The Eagles’ defence fell asleep and allowed Everton to waltz through at will, then Gylfi Sigurdsson fired a deflected shot from the edge of the box past Hennessey to open the scoring.
On 51 minutes, they doubled the lead and again it was the result of a defensive error. Cuco Martina chipped a cross into the area from the left and Patrick van Aanholt inexplicably left Oumar Niasse to power home a free header.
Palace had chances to pull a goal back but struggled to create any truly clear cut opportunities, with the hosts defending adequately but it was more a reflection of the lack of attacking options available to Roy Hodgson.
The game was completely over on 75 minutes when Hennessey did well to save from Niasse and Sigurdsson on the rebound but Tom Davies – the nephew of former Palace winger Alan Whittle – was on hand to turn it in from close range.
A three goal defeat would have been harsh on Palace, who were punished for lapses in concentration. But they were able to earn a consolation through a Luka Milivojevic penalty after a handball by Ashley Williams.