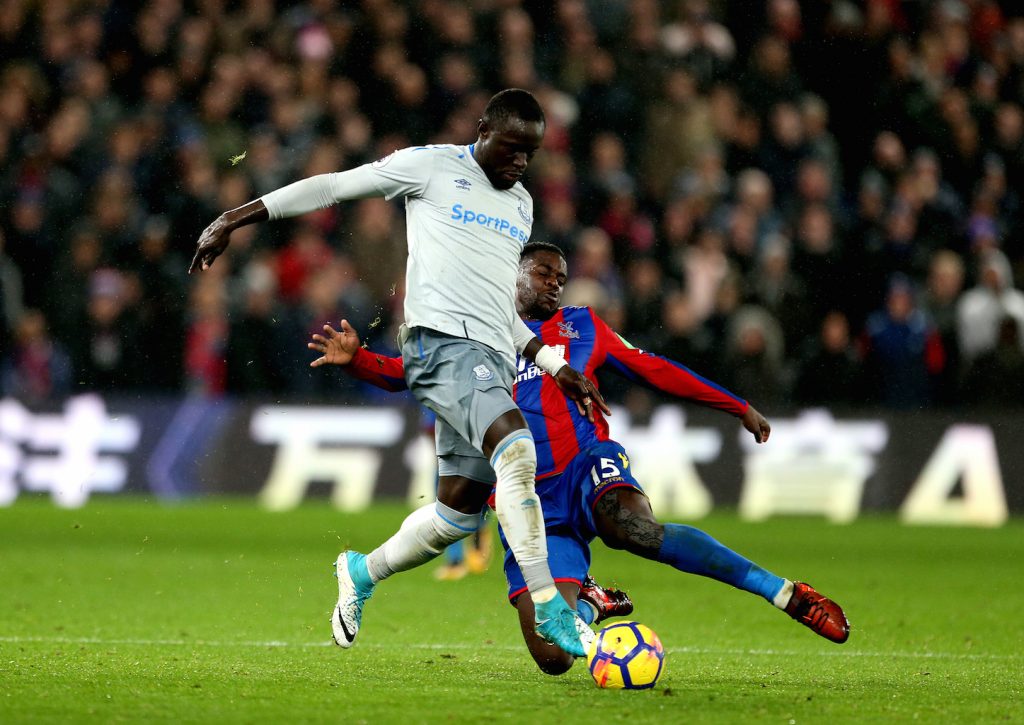 Everton striker Oumar Niasse has been charged by the FA for the hotly-disputed penalty he won in Saturday’s 2-2 draw at Crystal Palace.

Leighton Baines stuck away the resultant spot-kick but replays showed that the Senegalese frontman went down without clear contact from Scott Dann.

Everton are understood to have lodged an appeal.

An FA statement today said: “Everton’s Oumar Niasse has been charged for ‘Successful Deception of a Match Official’ following the game against Crystal Palace on 18 November 2017.

“It is alleged he committed an act of simulation which led to a penalty being awarded in the fifth minute of the game.

“Incidents which suggest a match official has been deceived by an act of simulation are referred to a panel consisting of one ex-match official, one ex-manager and one ex-player.

“Each panel member will be asked to review all available video footage independently of one another to determine whether they consider it was an offence of ‘Successful Deception of a Match Official’.

“Only in circumstances where the panel are unanimous would The FA issue a charge.”