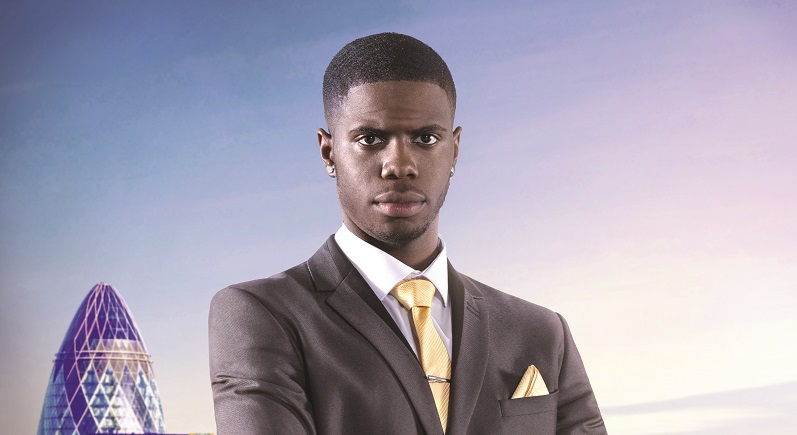 He might have been fired by Lord Alan Sugar, but ex- The Apprentice star Kayode Damali has set his sights on the Brexit Secretary job.

Catford boy Kayode was booted off the BBC show last week and has come out ready to take on the next big challenge.

Kayode said: “Theresa May should have hollered me, she knows where I am.

The Brexit Secretary retired right? She needs someone in there who knows how to make sh*t happen you know.

She can slide into my DM, tell her she can do that if she wants.”

The 26-year-old grew up near Ladywell Park and went to St Mary’s Lewisham CofE Primary School, in Lewisham High Street before going on to Forest Hill School, in Dacres Road.

He was a popular figure on The Apprentice. The University of Cheshire graduate said: “I would bring a nice youthful urban perspective to the Government. A lot of these politicians are not from the streets, they are in very high profile positions.

They’re not grounded as such. I have politics experience. I used to be the vice president of my university, so I have been very much involved in politics.

“I used to be the director of the National Union of Students, that’s a massive organisation representing seven million students.

“I’ve been a bit out of touch with what’s happening, being in The Apprentice world. But I can have a sit down with Theresa and evaluate every option and angle for the best for our country.”

Even if he can’t get a job in Westminster, Kayode wants to move back down to London from his current digs in Cheshire.

Kayode, who works as a speaker now, said: “I miss the city, man. I walk outside here and it’s like tumbleweed going past, when you’re in London it’s buzzing all the time.

I’m a Catford boy, not a country boy. I’ve got big plans. I’m going to do a January speaking tour called Kick Start with Kayode Revitalising Your 2019.

“I’m going to go to as many schools, businesses, young offender institutions, youth clubs, to help as many people as I can to reach their full potential.”

The Apprentice winner gets a £250,000 investment in their business plan and will go into partnership with Lord Sugar.

When asked what it was like coming face-to-face with Lord Sugar, who is famous for his cutting and uncompromising attitude, Kayode said: “I liked him. I’m not spiritual or anything, but I got a good energy from him.

“I wasn’t happy when he fired me, I’m feeling better about it now, though.”

The next episode of The Apprentice will be broadcast tomorrow night at 9pm.