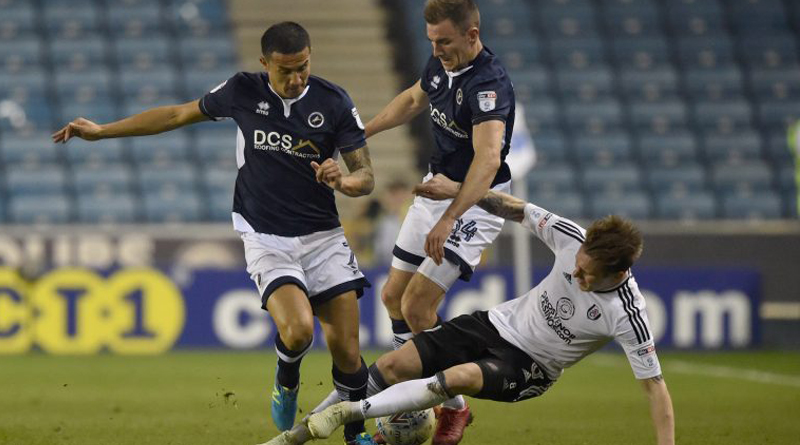 Former Millwall star Tim Cahill has talked about why football no longer matters during the coronavirus pandemic – but can help bring communities together afterwards.

The ex-Lions player said kicking a ball about pales into insignificance next to the traumatic experiences people are going through.

But he believes that when the crisis is over it is global events such as the Olympics and World Cup can produce an ‘infectious atmosphere’ which can bring countries together afterwards.

The 40-year-old also talked about the importance of sport at grassroots level in bringing back together youngsters who have been apart.

He was speaking in his role as a FIFA ambassador for the 2022 World Cup in Qatar, which he predicted would be a symbol and invaluable tool for unity, togetherness and recovery across the world.

He said: “Sport has been front and centre in my life since I was old enough to kick a ball with my brothers and sister in the backyard, but something like this really puts things into perspective.

“It’s just not that important right now. People are unwell, scared and stressed, and many have lost loved ones. Kicking a football doesn’t really register next to life-changing circumstances that so many are experiencing.”

Instead he preferred to look forward to when the pandemic is over, whether that’s six weeks, six months, or longer to a time when sport can be part of people’s lives once more.

He said: “One of the greatest powers of sport is that it unites us. In particular, big international events like the Olympics and the World Cup can bring the world together in a pretty incredible way.

“The 2022 World Cup is going to be a powerful symbol and an invaluable tool for unity, togetherness and recovery across the world.”

He said: “I believe grassroots sport is going to be equally important in reuniting communities once the threat of coronavirus has passed.

“I think in a post-coronavirus world, grassroots sport will help bring us closer together again.

“One of the toughest things about the situation we’re in now is that it has divided us. First as borders across the world are closed, then cities as movement became restricted and then in many cases we have had to divide into households.

“It’s really important that we don’t hold onto this mentality. I think sports has a role to play.

“I know that first game of football back on TV and first kick in the park with my kids is going to be priceless. As it will for millions of others around the world.”

Tim Cahill has always declared the importance of his years with Millwall.

The midfielder moved to England in 1997 – joining the Lions on a free transfer from Sydney United.

Cahill said: “From the day I came to my first training session, with Paul Ifill, Millwall to me was the Bernabeu -out on the pitch at The Den, having come from Australia, and being told I was never going to make it.

“Millwall fans know this – it is not about how big you are, it is how big your heart is. Do you have the desire and the passion to play for the badge? “I was lucky enough to learn from Keith Stevens – who is still a very good friend – Jimmy Carter, Stuart Nethercott and Dennis Wise.

“We really appreciated the fans. They go through a lot – working from Monday to Friday. When they buy their tickets, they want a reward. They want to see the same passion they have, in the players.

“Being at Millwall was the best thing that ever happened to me in football. The moments there were the most enjoyable in my career.

“On a Wednesday night away at Oldham, is when you discover the team-mates you can trust – the ones who will battle when things are not going well. They play with an injury when they shouldn’t.

“Every year was amazing at Millwall – I scored in most derbies. Scoring in the FA Cup semi-final against Sunderland at Old Trafford, pictured, was probably my greatest moment.

“But the saddest thing was not being able to reach the Premier League with Millwall, because so many people had looked after me there, like Bob Pearson and Alan Batsford.

“For me, The Den was a test of character. To put up with that noise, the expectations of the fans, the pressure of failure. To this day I often repeat those words I first heard from Rebecca’s great-grandfather, Lou: ‘If you can play at Millwall, you can play anywhere.’ “The Millwall players had the same culture as the fans. Some might find that ludicrous. I found it brilliant. You can’t buy that kind of chemistry and camaraderie.