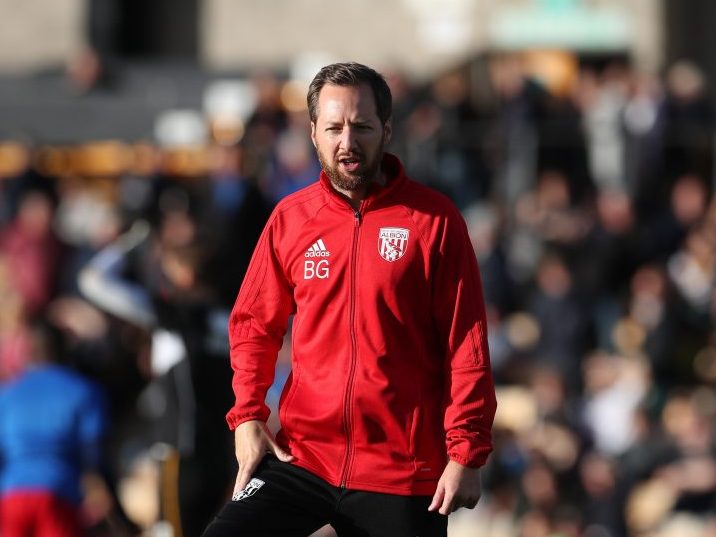 Ben Garner worked his way up from being the under-11 coach at Crystal Palace to being the right-hand man of some of England’s most successful managers.

He helped bring through talents such as Victor Moses, Nathaniel Clyne, Wilfried Zaha, Sean Scannell and Jonny Williams. He has gone on to coach 200 games at the senior level – most of them in the Premier League.

Former Palace, West Brom and Stoke manager Tony Pulis also said of him: “Ben has it in him to one day step into the manager’s role. He’s got the potential.”

He has been linked to the hotseat at Nottingham Forest.

But possibly the only reason he has not been offered the top job at the top level is that he did not play professionally – though that did not stop 1994 World Cup winner Carlos Alberto Parreira or double European Cup winner Arrigo Sacchi.

During the 37-year-old’s 100 games as first-team coach at Crystal Palace, they were the 2013 Championship play-off winners and finished 11th, and then 10th the following year, in the Premier League.

He has taken a few months off since leaving West Bromwich Albion, but now the former Palace man is looking to take on a managerial hotseat. He hopes his coaching record is enough to get him the gig.

“It is very difficult for anyone to get a head coach or manager’s job,” he said. “People talk about experience but everyone needs that first break in order to prove they can be successful.

“My pathway is different as I didn’t have a playing career – so I have had to work diligently to reach this point. There wasn’t the option of an ex-manager or ex-teammate offering me a job.

“This has forced me to work through setbacks and dedicate my life to football. There are always people who are going to try to knock you down but it has always been my passion and always will be. I love the game and I am good at what I do. I feel blessed to be in this profession.

“My belief has always been that if you work hard enough and prepare yourself correctly, success will come. I have a strong drive to win and to succeed. That is what motivates me. I am really looking forward to the next chapter in my career and hopefully future success in the game.

“I am more than ready for the opportunity to manage. I am confident that I will be successful once given the chance. That confidence comes from all the hard work throughout the years.”

Garner has worked his way to the top through hard work, technical knowledge and astute management of personel both on and off the field.

“There are no shortcuts,” he said. “I have under my belt thousands of coaching sessions, hundreds of players worked with, thousands of games watched and almost 200 games coaching at senior level with five seasons in the Premier League competing against some of the best players, teams, and coaches in the World.”

He has now worked under bosses – mostly at Palace – who have between them managed more than 4,000 games and steered clubs to 14 promotions.

“Learning from their knowledge and experience has accelerated my learning,” he said. “It has provided me with the best of both worlds. I have my own beliefs and have evolved with the technology and advancements in the game. But I have also benefitted from working with such experienced managers.”

He began his coaching career in 2005, aged just 24, spending seven years in the Palace Academy.

“Crystal Palace was my local team and I love the club,” he said. “Working in the academy gave me the chance to develop my identity and knowledge as a young coach. From day one I gave absolutely everything I could to improving the players, even when I first started with the under-11s. It was a very successful period for the academy and there were some really talented young players. There were also a number of challenges. In that respect it was a really good grounding for me.”

He became first-team coach at Selhurst Park under Ian Holloway in 2013.

Garner said: “Being promoted to first-team coach was a special moment and I will always be grateful to Ian for giving me that chance. “That period of time was very successful for the club with promotion via the play-offs and then two great seasons in the Premier League. I am very proud of my contribution.

“I wasn’t expecting to leave Crystal Palace as I felt we were building a strong Premier League team and indeed club.

“But going to West Bromwich Albion gave me with a new challenge. I was given a lot of responsibility, preparing and delivering the team meetings before each game. I had to prove myself to a new group of players – with the quality of my sessions but also with preparation for Premier League games.

“That dressing room had vastly experienced international players, Premier League winners and a Champions League winner. “The content of those meetings needed to be very precise. I worked extremely hard to make sure that was the case. “Finishing 10th last season, with the size of the squad that we had, was an excellent achievement.

“The club made a record profit financially and we had to work exceptionally hard on attention to detail and preparation. I was disappointed to leave the club and am really saddened by the position they are in now – there are a lot of good people there on and off the pitch.”

He has spent the time since he left the Hawthorns in December profitably. “Initially I took some time to be with my family,” he said. “After five consecutive seasons in the Premier League, I needed to reflect and identify how I wanted to progress in the future.

“The past three months I have used as a sabbatical to form a blueprint for how I want to work and what I believe makes teams successful. This encompasses every aspect of the game and means I am fully prepared for the next opportunity.

“I have also used this time to watch matches across the football leagues and also to visit other coaches, clubs, international teams, coaching development events, and different sports. I have read as much as possible and also evaluated my career to identify how I want to move forwards.

“The core principles will not change. But the manager needs to get the best out of the players and the team he has. He needs to be flexible with his formation for example. The bottom line is, and always will be, winning.”

But he has not set his sights just on jobs in England. As well as a having a degree in sports science and a diploma in neuro-linguistic programming, he has learned Spanish.

“Communication is such an important part of the job and being fluent in another language can only help in this industry,” he said. “It also opens up possibilities to coach abroad which is something I would love to do in my career.

“I will be visiting Spain next month to spend some time at a club there – but also to practise the language.”

Most Palace fans will wish him “Buena Suerte.”