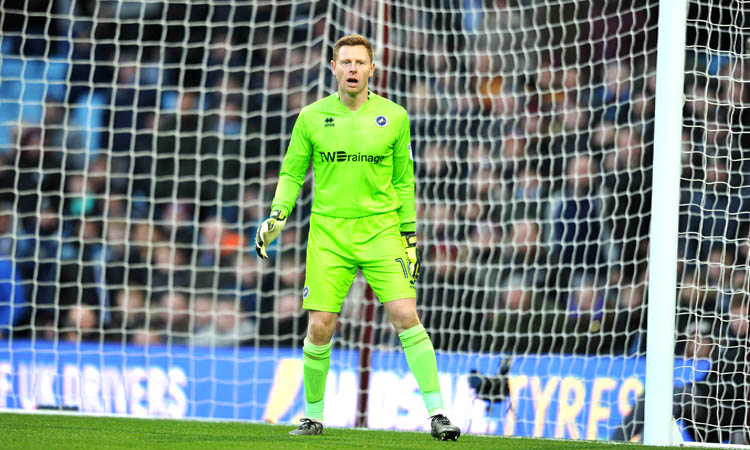 David Martin has extended his stay at Millwall until the summer of 2019.

The 32-year-old signed a short-term deal with the South London club when he joined on September 1, having been a free agent after leaving Milton Keynes.

Martin then penned terms until the end of the campaign but also had a clause in his contract which has now kicked in.

Lions boss Neil Harris said: “David Martin has got a trigger in his contract when we stayed in the Championship. Now that we are mathematically safe, David is another player who is tied down to us for next season.

“I’m delighted with him as a character and as a goalkeeper.

outstanding in the first-team at Aston Villa and for our under-23 team.

“He has also been a driving force in terms of standards in training. Jordan is a fine young goalkeeper at 24 and Tom King is  slightly younger but is another that we rate extremely highly. It is important to have that senior figure.

“David has been one of the main reasons why Jordan’s form has been so good. He knows if he steps off then David is ready to step in and take that position.”