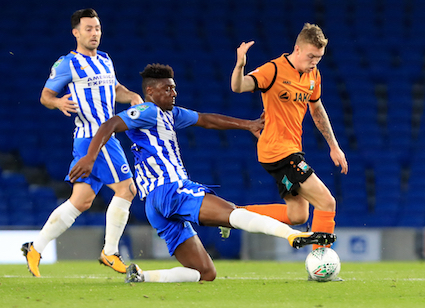 Former Brighton midfielder Rohan Ince is training with Charlton Athletic with a view to earning a deal with the League One club.

Addicks caretaker manager Lee Bowyer revealed last weekend that a player was set to come in on trial and the South London Press understands it is Ince, 25, who is a free agent after leaving the South Coast club.

The former Chelsea youngster had loans to Fulham, Swindon Town and Bury during his time with the Seagulls.

In total he made 94 appearances for Brighton.

Charlton signed Darren Pratley on a two-year deal earlier this week but are still in the market for another defensive midfielder.

The Addicks are back in friendly action on Saturday when they face Crawley Town in East Grinstead.