Fred Onyedinma has spoken for the first time about leaving Millwall – as he gets ready to face his former club tomorrow.

The 23-year-old was handed his full debut by Ian Holloway in a Championship derby against Charlton Athletic at the age of 17.

Onyedinma went on to accrue 151 appearances for the Lions – he was part of their victorious League One play-off side in 2017 – but he pushed hard for a permanent move to Wycombe Wanderers in July 2019.

The South London-raised attacker doesn’t do social media. He also hasn’t done many interviews since joining the Chairboys.

But he spoke at length to our paper this week about why he felt his future lay away from SE16.

“My Millwall career was a bit up and down really. It’s somewhere that gave me my opportunity to make my debut and make my career. But I felt as though I never really got enough game time in terms of consecutive games. Sometimes that is down to you and other things.

“At certain times I felt I should’ve been playing or given more of a chance. I felt when I went on loan I always did well because I had the chance to play and a manager, in Gareth Ainsworth, who believes in me. 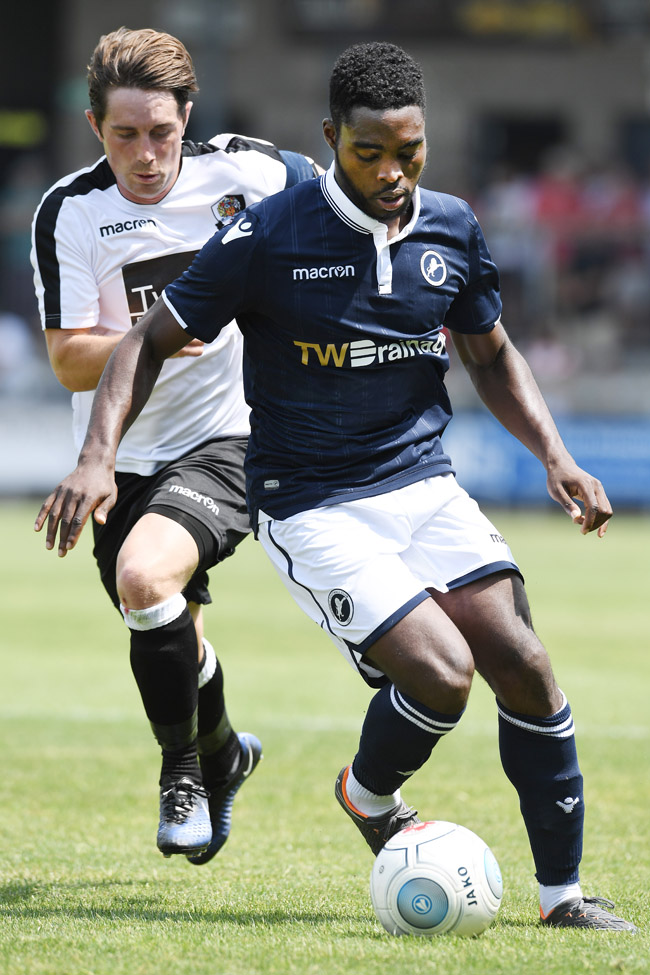 “If you look at it in terms of appearances, I’ve played so many games. But how many were starts?”

Onyedinma let his contract expire in the summer of 2017 but ended up committing for another three years, just two months after Millwall won promotion to the Championship.

“You have to do well to break in but I felt when I did that I didn’t get pushed on,” he said. “I just felt like I wasn’t valued or taken as seriously. How do they see me? As some impact player, or someone who can really challenge?

“When you come through a club you’re always seen as a young, promising player but that would be a different case if they paid money for you to come. Because I came through I felt I’d have to do extra. I felt like an easy target – you’re not playing. I’m not complaining at that fact, because you have to fight for your place. But I felt like I wouldn’t have a run of games. There were times where I did have a run, even in League One, where I felt I did okay. It was a frustrating time. 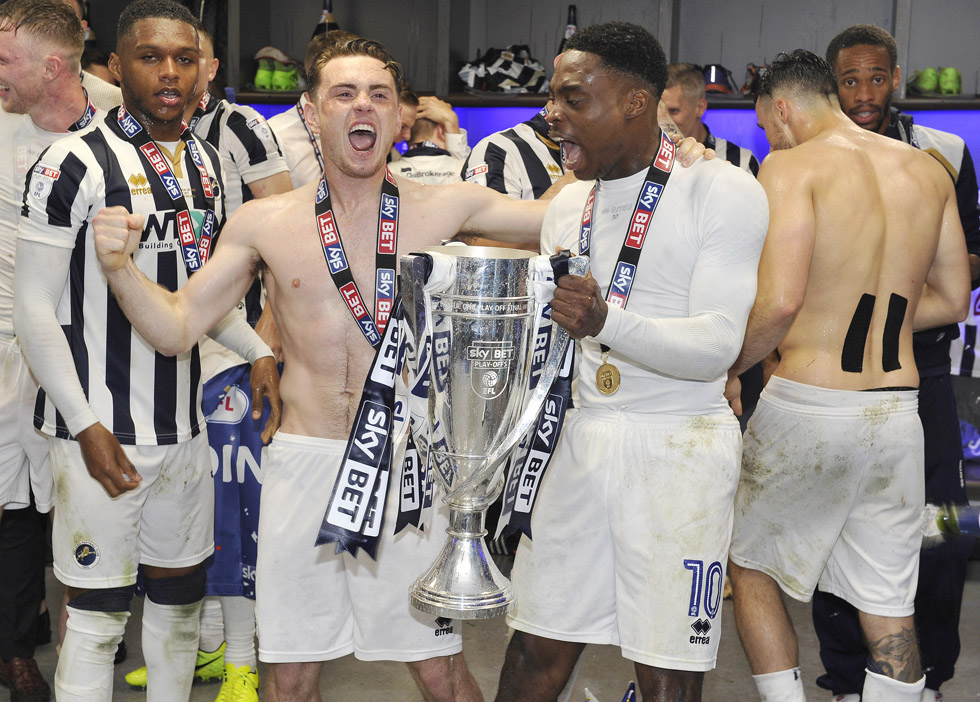 “I don’t have any regrets. Everything happens for a reason. It’s taught me a lot – mentally as well.”

When Onyedinma signed a three-year deal at Wycombe, then Lions manager Neil Harris said he refused to play in the second half of the

2018-19 season after being recalled from a second loan spell.

“During my time there you hear things from your family – when the fans think it is one way when it’s not,” he said. “I came through there and back then they felt like I didn’t want to play for Millwall, I should be grateful to be getting the chance; but it was never like that.

“I wanted to play games and prove myself but it was so difficult coming on for five or 10 minutes. I’d start the odd game. Sometimes you have to think you want to have a career yourself, and if it’s not working at one club you have to go somewhere else. Everyone’s path is so different.

“It could’ve been that I did so well at Millwall that I pushed on. It didn’t quite work out, for whatever reason. You just have to move on and keep doing what you believe you can do.

“I got on with the players and everyone, but I felt like it was comfortable – not out of my comfort zone.”

Onyedinma made financial sacrifices to make his Wycombe dream a reality.

The Buckinghamshire-based club had one of the lowest budgets in League One.

Onyedinma scored twice in the second leg of the play-off semi-final against Fleetwood Town in June. Then he set up one of their goals as they upset Oxford at Wembley.

In his post-match interview he dedicated the victory to former Lions defender Christian Mbulu, 23, who died in May.

“Last season was so crazy. There is literally a book about it [Close-Quarters: An Extraordinary Season on the Brink by Neil Harman],” said Onyedinma.

“We started off the season with eight players. I had a serious injury earlier on in the season but the boys were winning and I was so happy.

“The next thing you know coronavirus happens. What’s going on? But I’m glad we did get in the play-offs.

“It felt so different to the one at Millwall, even though that is still very special because it was my first time having an achievement like that, because I was involved. I started the game and I played the semi-finals.

“During that time Christian Mbulu passed away. It felt like that was for him. Myself and Mahlon [Romeo] were quite close to him. It just came as a shock.”

Tomorrow’s fixture at Adams Park is an intriguing one. Ainsworth was in the running for the Millwall job when Harris quit just over a year ago.

The ex-striker, 47, is the longest-serving manager in England’s top four divisions – with more than 400 matches under his belt in an eight-year spell which has produced two promotions.

“It’s hard to describe what he has done – you need to witness it in the changing room to fully understand,” said Onyedinma. “It is more than football. It’s actually a family and that is what has got us so far when we were on the journey to get promoted.

“He just brings so much enthusiasm and positivity. There is nothing to do but smile – even if you were the moodiest person in the world. He has got his own style and he’s not afraid to show who he is. You have to respect that, massively.

“He proper cares. Football is all well and good – but there are loads of mental things to do with it. You can speak to him and he’s honest with you.

“All the Wycombe players can sit in the changing room and have a chat. Everyone gets on – which is quite rare. You can have a good team spirit but ours is even off the pitch and off the training ground.”

Wycombe have yet to score a goal or gain a point. It is the first league meeting of the two clubs since February 2010 – when the hosts won 1-0 despite Ainsworth being sent off for an elbow on Tony Craig which broke his cheekbone.

“It’s the first time the club has ever played in the Championship and for a lot of the players too,” said Onyedinma. “I feel once we get a good result – and still stay together – we can show people what we’re all about.

“We’re used to a lot of teams writing Wycombe off. We were predicted to get relegated from League One.

“It will be weird on Saturday. It will be the first time I’ve played against my old club. I’m looking forward to seeing some familiar faces.”