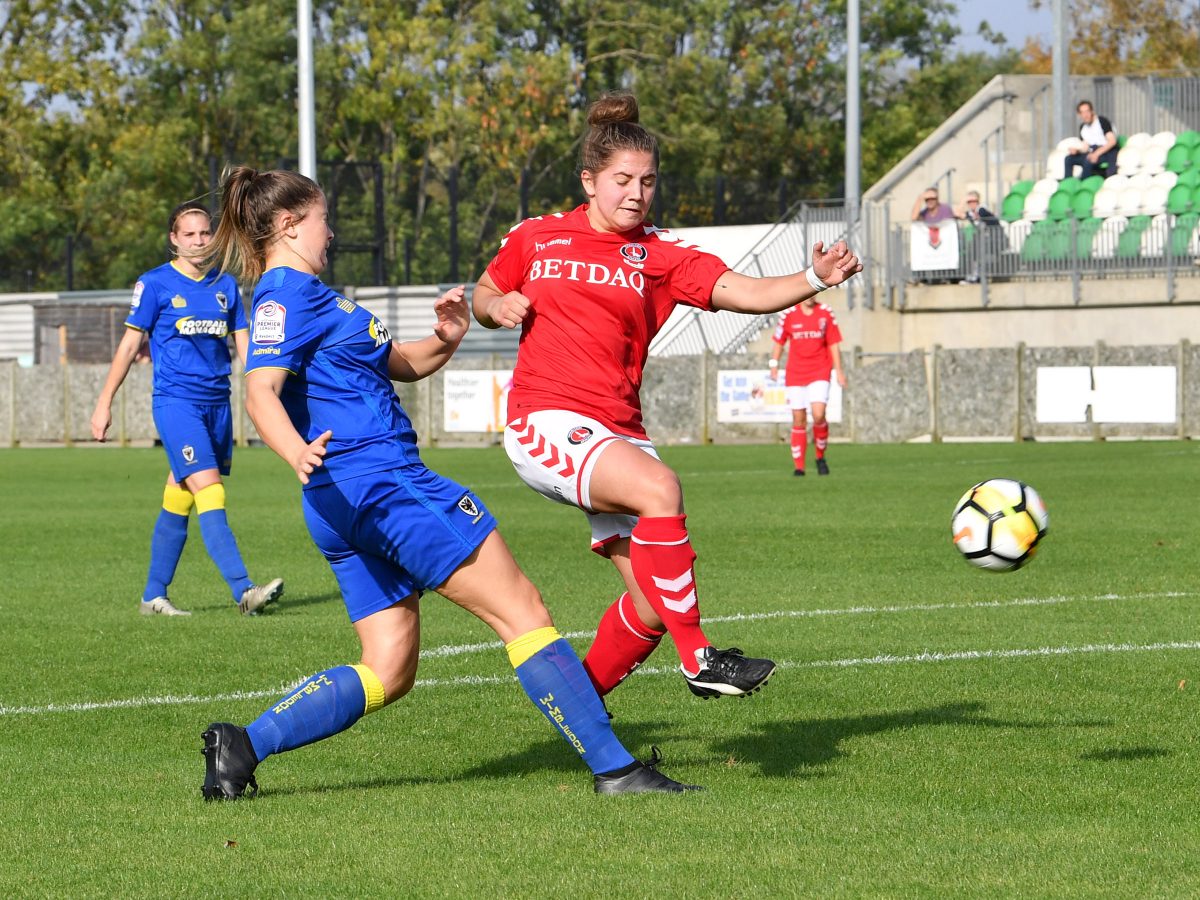 Kit Graham scored her 200th goal for Charlton Athletic Women to take them another step closer to promotion – then admitted she wanted to reach the milestone quicker.

The Addicks will now go into a play-off against Northern Division champions Blackburn Rovers on May 27 – at Sheffield United’s Bramall Lane – to determine who goes up into the Championship.

The women’s game is being restructured next season and the Addicks have applied for the new-look division but face competition from Premier League-backed clubs who are likely to have stronger claims.

Beating Blackburn would guarantee Riteesh Mishra’s side are promoted.

And the scoring exploits of Graham, who joined Charlton at the age of eight and made his first-team debut at 16, have massively boosted their prospects.

She started on the bench on Wednesday night but still notched a further two goals as Charlton smashed Gillingham Ladies 8-1 to move five points clear.

“It has taken a while to get to 200 goals,” said the Sittingbourne-based striker. “I really wanted to get to it on my 200th appearance.

“I was saying to a couple of girls the night before the Palace game that I was a bit nervous about the match. But the other girls put the chances on a plate for me. I should’ve had a few more than four, I missed a few.

“We always want to beat Palace. To go there the way we did and get the result we did was just the cherry on top of the cake.”

Graham supports Chelsea but the length of time she has spent with Charlton means there is a strong connection there.

The question of whether she would assess her options if the South London club do not manage to move up a league is not emphatically answered.

“I want to be at Charlton – I’ve been here all my life – and obviously promotion is ideal,” she said. “We’ll just have to see how it goes. Everyone knows how I feel about Charlton and I know how they feel about me.

“I’m loyal to the club. Hopefully we get promotion and all will be well.

“I’m settled. I’ve got family and friends here. So that is a conversation maybe we would have at a later date. At the moment Charlton is where I want to be.”

Everything is on the line against Blackburn. Like their opponents, Rovers have won their league with matches to spare.

“We want to get there [to the Championship] on merit,” said Graham. “The bid gives us a fall-back if we don’t manage to do that.

“Everyone’s thoughts are we need to win this game.”

Now there are youngsters coming through the ranks who want to be the next Graham.

“We see a few of the teams at training anyway and we always say hi when we pass.

“There is a girl called Faith, her parents bring her to most games and she has got a little shirt with my name and number on it. You don’t really think of things like this at this level.”