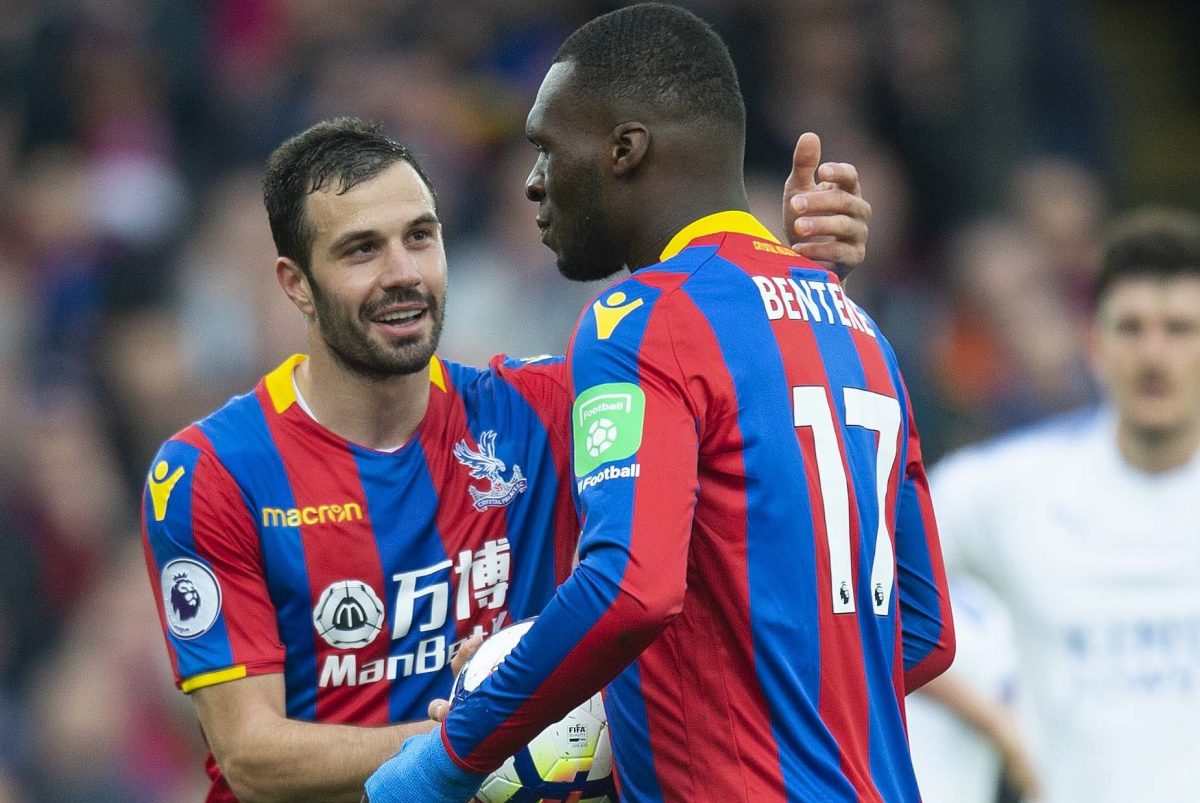 Out of all the positive stories which emerged from Crystal Palace’s 5-0 Premier League win over Leicester City at Selhurst Park on Saturday afternoon one in particular highlighted the team ethic and positivity which has guided Roy Hodgson’s men to near-certain top-flight certainty for another season.

With the score at 4-0 to the Eagles in the 84th minute, striker Christian Benteke was introduced to the action as a substitute two minutes later and in the 89th minute the big Belgian was upended in the box by Harry Maguire as he ran onto a through-ball.

In front of the Holmesdale Road end, eeferee Mike Dean awarded a penalty after consulting with his assistant. Most inside would have expected Palace captain Luka Milivojevic to take the ball as the penalty taker for Palace, but instead, Milivojevic handed the ball to the goal-shy Benteke.  This was a significant moment for the club as it reversed an issue earlier on in the season when Benteke had ripped the ball out of Milivojevic’s hands in injury time against Bournemouth to take a penalty, only to miss and the game finish 2-2 losing two valuable points in the process.

But this time Benteke made no mistake from the spot, smashing home in the 90th minute to complete the rout against the former champions.

“It just happened [in the heat of the game],” Milivojevic exclusively told the South London Press after the game. “I was very pleased to give him the shot because I know how much he need goals; he needs confidence. Maybe, you know, as a striker he didn’t have a ‘great’ season, but for me he played very good for the team even if he didn’t score many goals. I am very happy that Christian scored that because he is a player what we need for sure.”

Hodgson revealed that the coaching staff on the bench had suggested initially to Milivojevic that he may want to give the ball over to Benteke, but that the final decision was entirely for the Serbian to make, and the former Olympiacos player revealed the decision would not have been any different if he had not been captain.

“For me, nothing would have changed whether I had the armband or not,” responded the 27-year-old Milivojevic, who has scored 10 league goals this season, seven from the penalty spot. “I would have done the same because I feel in that [moment] I have to give [it to] him to get more goals.

“It could have happened that he missed, but it was different [at that time], it was 4-0 and it was a different situation. I’m very happy.