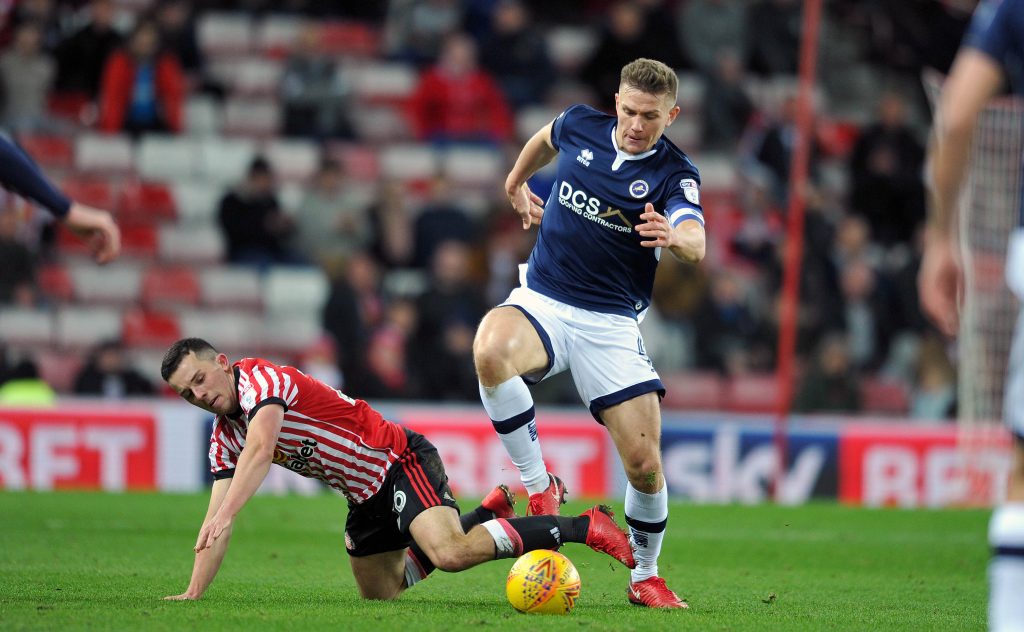 Millwall Sport
1 December 201730 November 2017 Richard Cawley 0 Comments
Shaun Hutchinson is set to sign a new deal at Millwall today – which will keep him at the South London club until at least the summer of 2020, writes Richard Cawley.
We revealed last week that the Geordie defender – an ever-present for the Lions in the Championship this season – was on the verge of penning an extension. There will also be an option for a further 12-month extension.
Millwall already had an option to add another year to Hutchinson’s contract but have negotiated a longer agreement.
The 27-year-old has made 41 appearances for the Lions and headed a dramatic late winner at Bristol Rovers on the final day of last season – when only a victory would do to clinch a League One play-off spot.