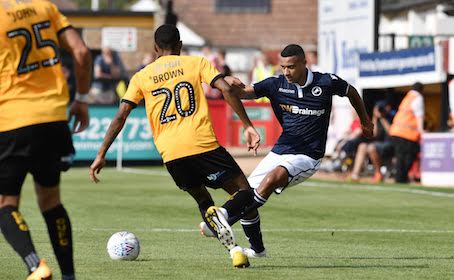 James Meredith has signed a new long-term contract at Millwall.

The 30-year-old left-back started every Championship match for the Lions last season.

And the South London Press understands he has committed his future to Millwall and penned improved terms.

Meredith has just returned from international duty with Australia at this summer’s World Cup. The former Bradford City and Derby defender did not make an appearance in Russia for the Socceroos but his return to prominence with his national team was reward for an excellent first campaign in South London.

Meredith was back in action for his club on Saturday as he played the closing stages of the 2-0 win at Cambridge United.