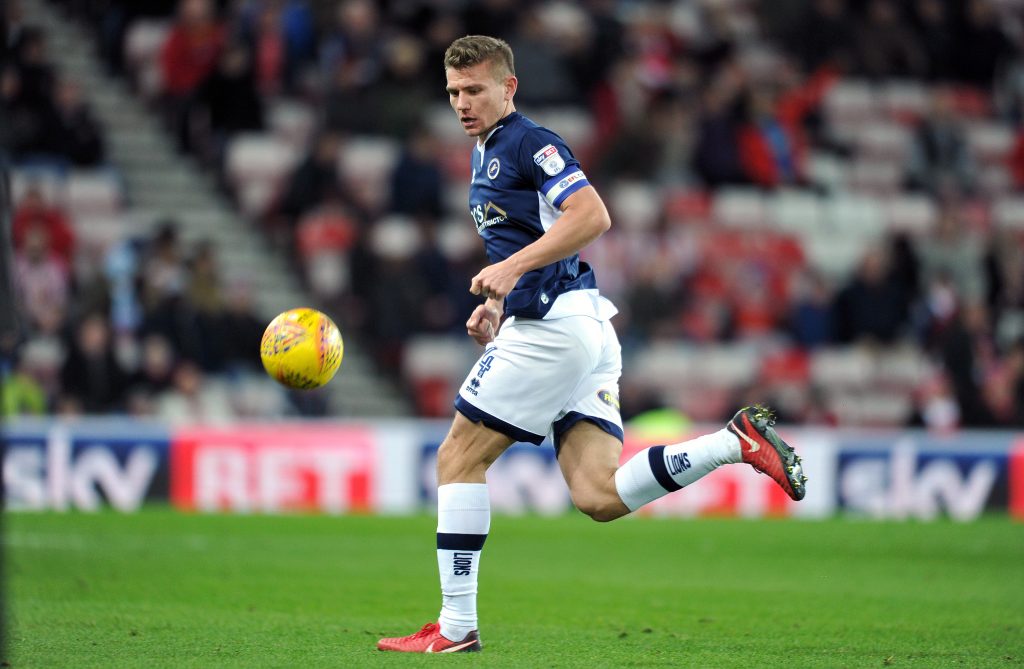 Neil Harris has confirmed Millwall are in contract talks with Shaun Hutchinson – and says the club do not just wish to trigger an option clause in his deal.

The 27-year-old centre-back faces former club Fulham tomorrow and has been one of their best performers this season.

And while the Lions do not need to worry about losing the Geordie defender in the summer, boss Harris is seeking to secure his services on a long-term basis.

“Hutch has got an option in his contract but we are in conversation about keeping him for longer,” said the Millwall manager.

“His family have relocated, moving to Bromley, and his form has been good. He is a player we certainly want to keep at the club a long time.

“We’re in discussion at the moment with his adviser to see if we can tie him down for longer, give him some security and let him grow as a player.

“He typifies the model of player I try to bring in. We ideally want them between the age of 22-27 so that they are coming into their prime.

“Hutch has worn the captain’s armband and I see leadership qualities in him in the way he plays and the way he lives his life, his demeanour around the training ground.

“He has that work ethic. We are working on getting more of a voice out of him on the pitch – but that is coming with every day. He has been excellent for me, I’ve really enjoyed working with him.”

Hutchinson was released by Fulham in June 2016. Hamstring problems blighted him during the first half of Millwall’s promotion campaign but he came back to become first-choice in the crunch closing months.

The defender, who started his career at Motherwell, has played every minute for the Lions in the Championship.

“He is a real warrior. A Millwall centre-half – aggressive and brave,” said Harris. “First and foremost he can defend. Maybe at Fulham he fell a little bit short because they wanted to play a little more football and he didn’t quite fit for that.

“He had a few injuries when he first came to us. He didn’t arrive in the best of shape through lack of games and conditioning. We had to learn how to get the best out of him and keep him 100 per cent fit.”