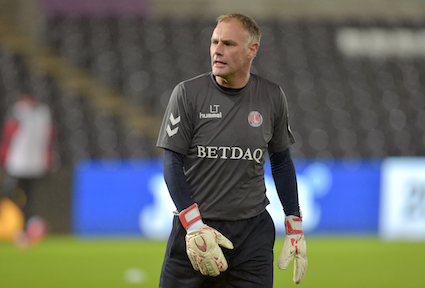 The 48-year-old recently left his role at Charlton Athletic.

And the South London Press understands that Turner is in the running to be appointed by the Lions.

Millwall announced last week that they had parted company with Kevin Pressman.

And that vacancy looks set to be filled by Turner, who joined the Addicks from Bolton in July 2015.

He did a good job with Ben Amos last season. The Bolton Wanderers keeper arrived in SE7 with a few questions marks over his performances but turned out to be a star performer for Charlton as they reached the League One play-offs.

And Turner also worked with Nick Pope, whose form for the South Londoners led to a switch to Premier League Burnley, with international recognition with England following.

Turner spent eight years as goalkeeper coach at Southend United before being brought to Crystal Palace by then Eagles boss Dougie Freedman in January 2011. He followed the Scot to Bolton Wanderers.

He stayed on the Lancashire outfit’s books until heading to Charlton  just over three years ago.