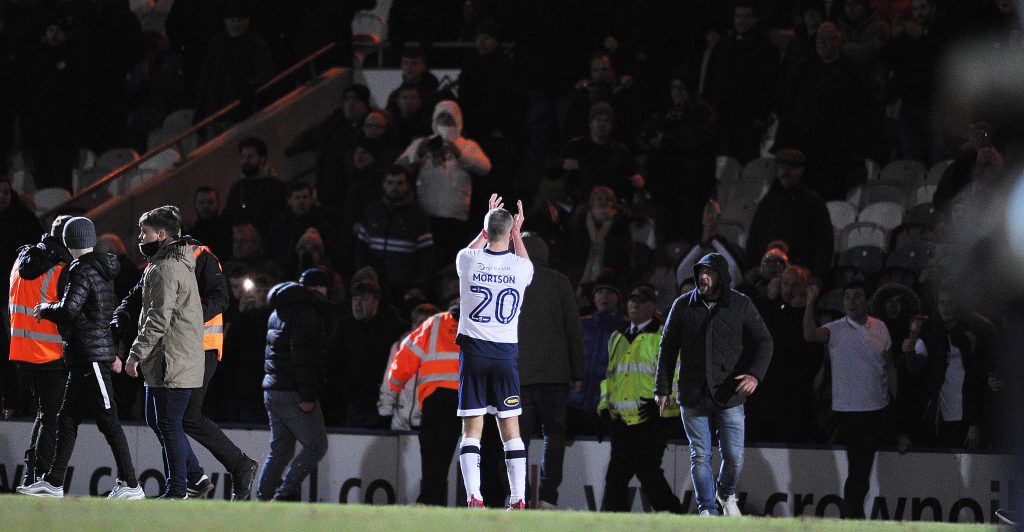 Rochdale’s chief executive Russ Green has written a letter of apology to Neil Harris – after the Millwall manager and his players were abused by fans after Tuesday’s FA Cup tie.

Dale supporters raced onto the Crown Oil Arena pitch to celebrate the League One club’s 1-0 win in the FA Cup fourth round replay.

But some chose to abuse the Lions management team and players.

Green told the South London Press: “I’ve sent Neil a letter, just to apologise on behalf of the club. We pride ourselves on our friendliness and hospitality.

“It is embarrassing for such an incident to happen with a few fans. Sometimes jubilation gets out of hand.

“We’re going to find the perpetrators. We’re studying video information and if it is a regular fan they will be getting a banning order – 100 per cent.

“We are a massive family club and don’t usually experience behaviour like that.

“We have such a good relationship with Millwall – from top to bottom – so we are a bit gutted about it.

“I was on the train back to London Bridge after the first game with the fans and we had a superb crack. They complimented the way we had played. It’s a bit of blow but we feel this is an isolated incident.”

Millwall chief executive Steve Kavanagh says they will not be lodging an official complaint.

Wembley Stadium launched their own investigation when a number of Lions fans got onto the playing area after the South London club had won promotion via the League One play-off final in May.

Kavanagh said: “It is hard to stop them coming onto the pitch but abuse of players and management is wrong. It doesn’t matter whether you are Rochdale, Millwall or Accrington Stanley.

“If you look at Wembley, they were the people we focused on. I’m sure Rochdale will look to do that. The clubs are talking and are joined together on a raft of issues. There is no issue between us. A few mindless idiots have tried to ruin their celebratory moment

“Our fans were under the most extreme provocation and most behaved and responded remarkably well.

“We wish Rochdale luck in the next round. We’ll get on with focusing on finishing as high up the Championship as we can.”

Millwall boss Harris also had an exchange with home supporters after the final whistle.

Speaking shortly after the tie had finished, he said: “I thought the fans were a disgrace at the end. My players were treated very badly. Me and my staff were abused face to face.

“When that normally happens it’s because the club is underprepared – stewarding and policing. I thought my fans were brilliant, trying to stay off the pitch. It’s not just the fans, it was players and staff who were shot at.”

“It isn’t quite right, but that’s life. As a football club we have the stick pointed at us fairly often. No complaints, it is what it is.”