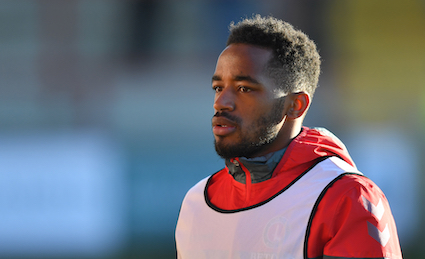 The 23-year-old is on his way out of SE7 and there is League One interest in the shape of three clubs.

The Addicks have offered Fosu a contract extension to ensure they get compensation for the former Reading man. His current terms end on July 1.

It is no surprise that Oxford are in the mix for Fosu. He played his best football under Karl Robinson when he was in charge at Charlton.

But Fosu fell down the pecking order this season with Lee Bowyer in charge. His game time was minimal after the January addition of Jonny Williams.

The Wandsworth-born  winger did not feature after the end of March.

In the 2017-18 season Fosu scored nine goals in 35 appearances for the Addicks, including a career-first senior hat-trick at Fleetwood Town.