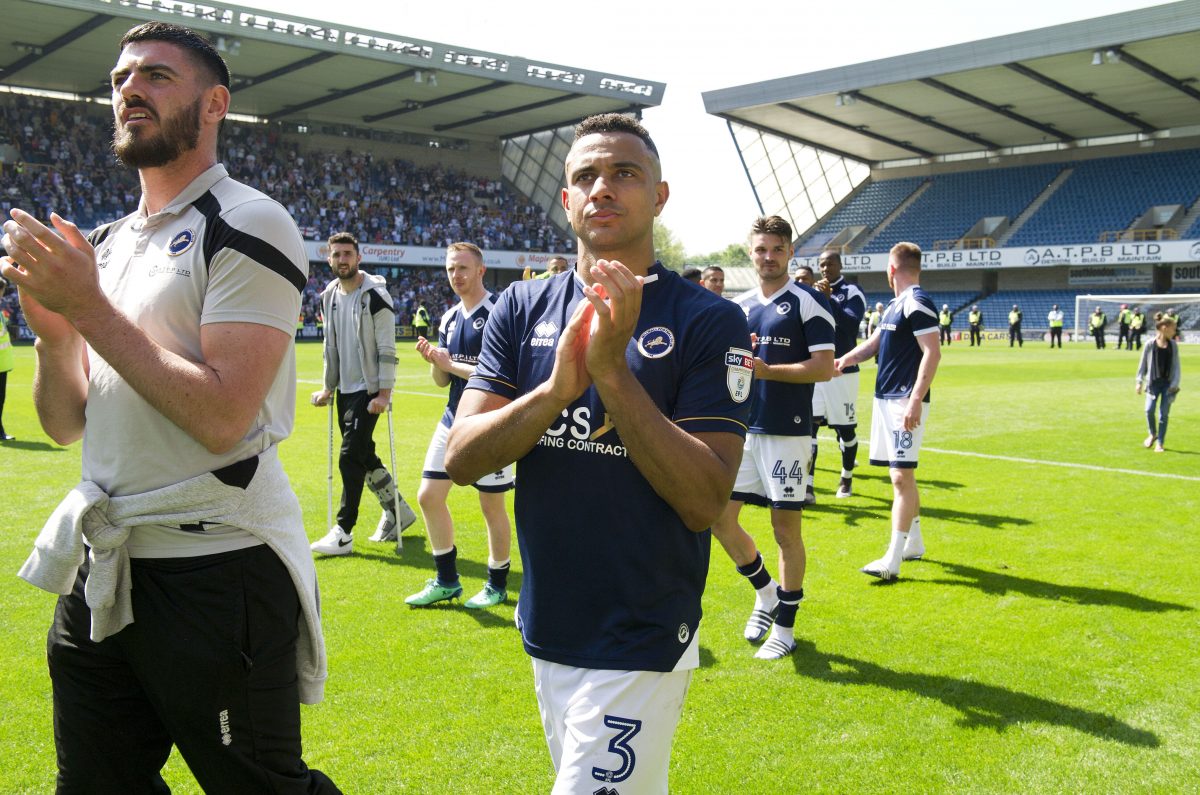 Tim Cahill reckons James Meredith has turned into a great signing for Millwall – and has given an insight into how he has pushed his fellow Australian ahead of the World Cup selection crunch.

Both Lions players were in a provisional 32-man squad named by coach Bert van Marwijk earlier this week but that will be trimmed again before a training camp in Turkey later this month. The 23 to make the final cut will be decided on June 4.

Meredith’s summer switch to Millwall was partly driven by a desire to be back in the Socceroos fold and he was brought back into the fold for a friendly against Colombia at Fulham’s Craven Cottage in March.

The 30-year-old left-back has two caps for his country and missed only one match for the Lions last season.

Cahill, 38, is hoping to make history by reaching and scoring in a fourth World Cup finals in Russia in June.

“Mezza has been outstanding this season,” said Cahill. “When I look at our player of the year then I 100 per cent look at Coops [Jake Cooper], Mezza, Sav [George Saville] and Gregs [Lee Gregory].

“I don’t know if I’ve been the worse thing that has ever happened to Mezza – I’ve been getting him up earlier and in the gym earlier. I’ve been testing his fats, testing his weight and pushing him. I’ve changed his diet.

“What I do is create leaders. They don’t know they’ve become leaders, but Mezza is a leader now. I want them to pull the young lads through. It is about putting down examples for people to follow.

“Mezza rang me to ask about Millwall in the summer and I told him ‘go there – it will be the best thing ever. Play, give it everything you’ve got and the fans will buy into you’. Look at him now. He has gone from the new kid, and just being good, to being a Millwall great who they rely on week in and week out.

“Mezza is always going to give you a seven or an eight out of 10.

“There’s not one game where he has looked out of place, that’s a very tough thing to do at a football club like this.” Cahill cuts a relaxed figure about his international fate. He has 105 caps for Australia and 50 goals – leading the all-time scoring charts for his nation. Mark Schwarzer’s record of 109 matches is also in his sights if he gets selected by Van Marwijk.

Immediately after Millwall’s season ended on Sunday, the Sydney-born striker headed back to New York – where his family are based – to continue his fitness push.

“We’ve put everything in place in terms of implementing a lifestyle, diet and training programme to put both of us [Cahill and Meredith] in the best possible position for selection by the Socceroos.

“That’s all you can do as footballers. I always say to Mezza ‘just have no regrets mate’. When you go out on the pitch, when you leave the gym, you eat breakfast and go to sleep – set the goals.

“That’s why I can’t thank my family enough for giving me this last opportunity, that one more moment.

“I told Mezza ‘I want you to have that same mindset’. The gaffer has seen it, the club has seen it – other players have seen it. If a 38-year-old is in the gym, doing extra – doing all this – they follow.

“That is creating leaders for our football club, to fly the flag moving forward – but also for themselves and their own families.

“What do you want from your career? That’s what I ask them. I know what I want – my goals are set and clear. I have had individual chats and they come and ask me questions and we talk about the old times.

“This is what I’ve needed in my career now to humble me and ground me after the journey I’ve been on. To be back around this group of players and staff.”