A restaurant with every table booked at 7.30pm on a Tuesday night sounds like a mirage but I can confirm the actual sight of it just last week.

A friend and I dined at Heritage in West Dulwich and were the first to be seated at 6pm.

As we perused the menu, we looked around at the empty tables, sighing deeply at the state of the hospitality industry and lamenting where it would all end.

It turns out that the restaurant opened a couple of minutes earlier and had to wait just 15 minutes before fellow diners began drifting in and 45 minutes before the stampede of those who thought they’d drop-in, hoping for a table, only to find they should have booked, even on a usually quiet mid-week night.

You see, Heritage is bold in name and in nature and quite frankly, remains the hottest ticket in this part of town, currently.

The cynical among you may give credit to a certain charming restaurant critic, visiting a month or so ago and while that’s no doubt helped the full bookings, the real star of the show is in the kitchen.

Chef patron Dayashankar Sharma is the man that’s drawing the crowds, probably because so many remember his good works at central London dining hot spots, Tamarind and Zaika.

He’s once again brought his magic culinary touch but this time to Dulwich.

The first thing that struck me is that South Londoners can now eat top flight Indian cuisine near to home.

No need to schlep into town, a trip that’s time consuming and the extra miles reflected in the price.

Heritage is every bit the Michelin experience, just a notch down in formality, which for me is a plus.

The staff are silver servers, but with the added warmth of local hospitality. 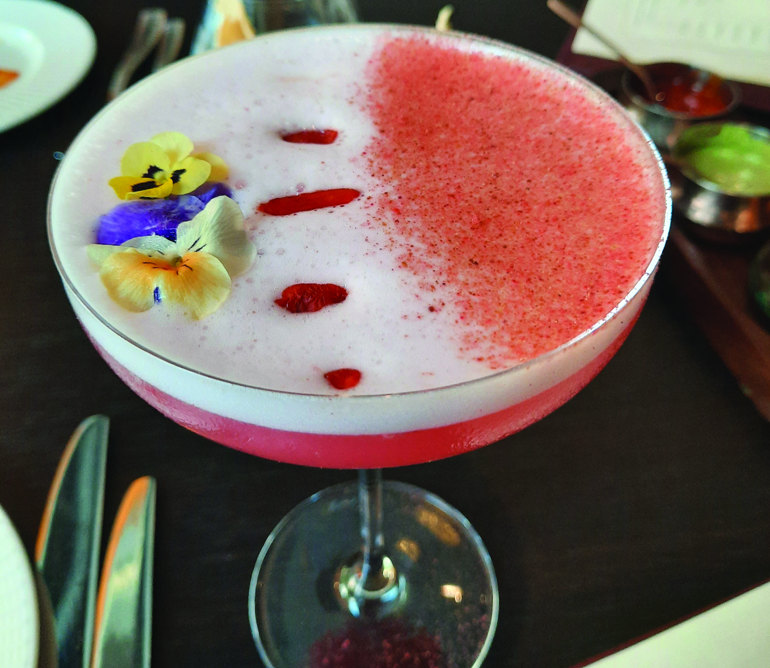 We were served by two charming waitresses, who provided a careful guide through the menu, starting first with the most important bit – cocktails.

Order taken, the in-house mixologist got to work and within minutes an Instagram-worthy martini was delivered.

Too beautiful to drink straight away so I gazed at it longingly for a respectable two minutes.

Resplendent with edible flowers, and goji berries, I pecked away at the latter until the last juicy morsel was gone, set aside the flowers and drank it.

Such an inspired idea to add a super food to a cocktail – improving the health benefits of drinking alcohol is always welcome.

The tasting menu looked to be a popular choice but a few too many courses than our quick supper required. 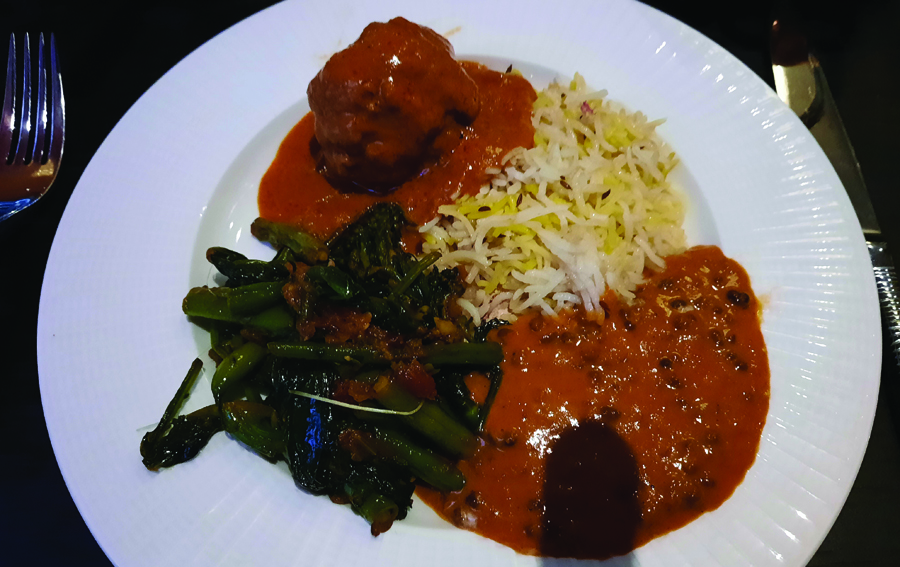 My companion and I decided instead to share a few starters and the same number of mains to get a feel for the dine-in offer.

The menu prides itself on a contemporary take on classic dishes, which I took to mean a twist on the Indian classics.

However, Paneer aur Pineapple Tikka is surely a take on that 1970s British party piece? I was tempted but had my eye on other dishes.

Carrying on down this path, three kebabs were presented and received high praise. 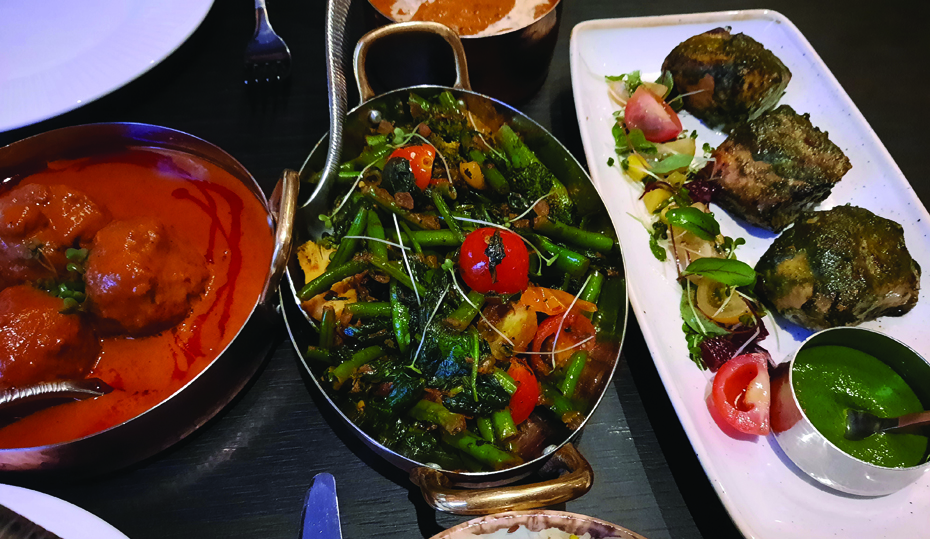 Shatkora Jhinga – king prawns the size of a fist duly arrived. Marinated in lemon grass and shatkora – that lesser known sub-continental Asian fruit, similar to grapefruit – and griddled, revealing soft, sweet and succulent meat, that leaves you wondering if you’re lucky enough to be tucking into lobster.

Salmon Kebab, marinated in fenugreek leaves, mustard and crushed red chilli was a solid dish but my favourite took me by great surprise.

Chef managed to cook Lamb & Prune Kofta precisely the way I like it. Finely milled meatballs cooked to a juicy finish, and the sweet finish of fruitbreaking through and to add a lightness seldom seen with lamb.

Dahl Makhani and a side dish of sautéed green beans, spinach, cauliflower and tomatoes completed our meal.

There may have been a few spoons of rice too.

Who was at Heritage?

A real mix of people, including dating couples, mates at dinner, and multi-general groups, which looked to be doing their best to make up for the lost time of the past 18 months.

If you’d like to visit, don’t risk disappointment – book a table.

Cheese lovers will be pleased to learn that eating Somerset Cheddar can, it’s claimed, significantly reduce cheese consumption carbon footprint by as much as 55 per cent.

Wyke Farms’ Net Positive Farming sustainability study assessed the on-farm carbon footprint of its milk supply base – both production on it own farms and in its supply chain.

The project included measurement and assessment of a pilot group of farms who supply milk to Somerset-based Wyke Farms, which included their own family farms and Michael Eavis’s world famous Worthy Farm, home of the Glastonbury Festival.

So it’s official eating cheese is not only good for you but, they say, good for the planet too.

Wyke Farms core Cheddar range is available at most major supermarkets but head to the website for 150-year old Ivy’s Vintage Cheddar made to a secret family recipe.
www.wykefams.com

The offer includes gelato flavours ranging from dark chocolate and sea salt to Crosstown cookie dough and mint stracciatella, as well as delicious shakes and platters of peanut butter and chocolate chip cookies, and doughnuts from this month.

One thought on “Experience the hottest ticket in town at Heritage Dulwich, SE21”