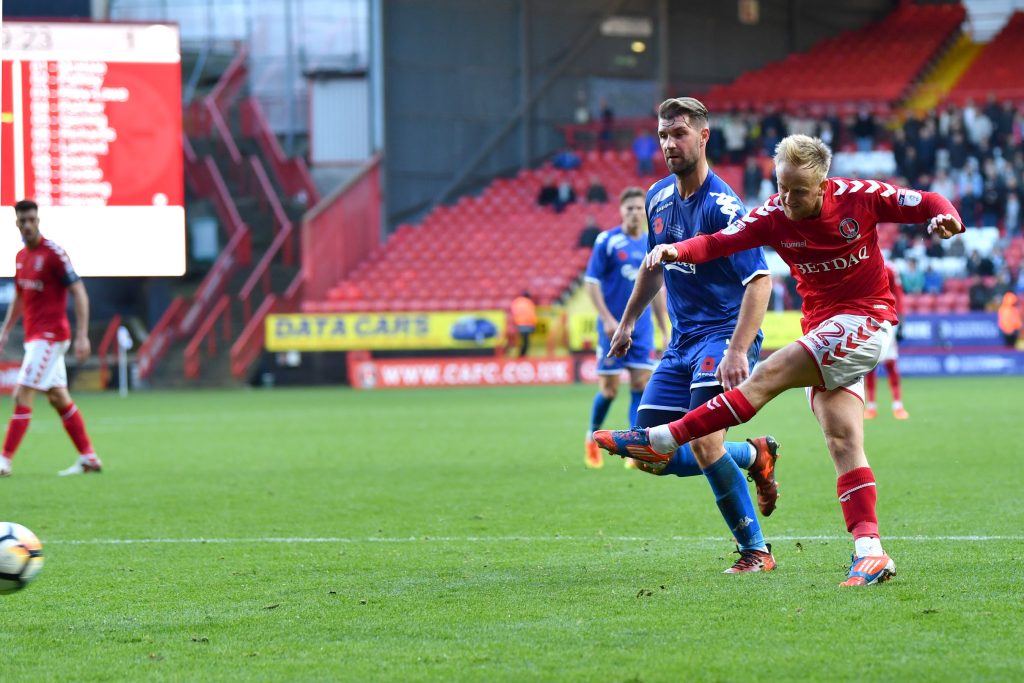 Though only fitfully convincing, Charlton’s edge in class over stubborn Truro City proved enough for them to book their place in last night’s FA Cup second round draw.

Their superior quality and stamina wore down the Cornish part-timers who battled gamely and hit the bar through substitute Andrew Neal during added time.

By that point, the Addicks had thrown discipline to the winds and were operating as individuals concerned with adding their names to the scoresheet. An outbreak of crass ballhogging resulted in chance after chance being squandered for want of an obvious pass. The last 10 minutes were wildly entertaining but equally unprofessional.

The objective, of course, had been to avoid a David and Goliath shock, with memories of cup humiliation at the hands of Northwich Victoria still raw. To this end, Charlton accomplished their mission and though they made hard work of subduing their National League South visitors, who style themselves a little fancifully as the White Tigers, possibly the end justified the means.

While paying fulsome respect to Truro and congratulating Charlton’s meagre fans for the ovation they gave the battling visitors, Karl Robinson was a cat licking cream when reminded that his side’s goals had been shared by Ben Reeves and Mark Marshall, summer acquisitions disappointingly sidelined by injury until being eased back recently.

Reeves was particularly sharp in everything he did and combined intuitively with his new team-mates. Never reluctant to shoot, he hits the target more often than not with his trusty left foot.

After Jake Forster-Caskey had gone close by powerfully heading Rick Holmes’ dinked cross against the bar, Reeves fired the home side into a 10th-minute lead. Expertly controlling Jay Dasilva’s ball in from the left after Holmes had again made the early running, his crisp half-volley beat Thomas McHale and found the bottom right corner.

Before Reeves scored, the Addicks had been served notice that the White Tigers had not embarked on the gruelling journey from England’s westernmost county without meaning business. Ben Amos was required to react sharply to keep out Tyler Harvey’s downward header from Aaron Lamont’s delivery before capably fielding Noah Keats’ skidding daisycutter on his goal-line. But Amos was helpless when Chris Solly popped up behind him to clear Harvey’s scuffed effort off the goal-line after Lamont picked out the dangerous striker with a well-rehearsed short corner routine. Yet again, the old-school practice of placing a defender alongside each post when dealing with set-pieces was vindicated.

Holmes, meanwhile, was a constant nuisance for City and his chest control set up Reeves’ pass for a vicious right-footed volley which dipped narrowly over the bar. Charlton’s eager beaver closed the first half by picking himself up after being fouled by Connor Riley-Lowe and bringing the best out of McHale with a wickedly dipping free-kick, awkwardly parried by the startled keeper.

Apparently still trailing Reeves in the race for fitness, Marshall was meeting mixed success on the right flank. Eight minutes into the second period his morale was boosted by his first goal for Charlton. Cutting in from the touchline, his firm left-footed drive deflected treacherously off Ed Palmer and left McHale stranded on its way into the net. Suddenly on fire, Marshall let fly twice more with McHale equal to his efforts on both occasions.

With the tie seemingly done and dusted, the Addicks let the underdogs back into it on the hour. The busy Harvey, 22, had been a thorn in their side and, beating Solly in the air, converted an emphatic six-yard header which did justice to Aaron Lamont’s accurate centre.

To their credit, Robinson’s men kept their heads and man-of-the match Reeves calmed their nerves with his second goal soon after the visitors had reduced their arrears.

Executing a lightning one-two with Holmes inside Truro’s penalty area, his instant low drive was reached at full length by the defiant McHale but turned against the keeper’s left hand post and over the line.

Reeves game-settler was the signal for an exchange of chances at both ends as mutual lunacy took over.

In between the flurry of chances, poor choices by substitutes Karlan Ahearne-Grant, twice, and Tarique Fosu to try for goal instead of setting up better-placed colleagues denied Charlton a more emphatic win.

The point of the exercise was, however, to enter the draw for the second round and that, to be fair, was accomplished. That’ll have to do for now.