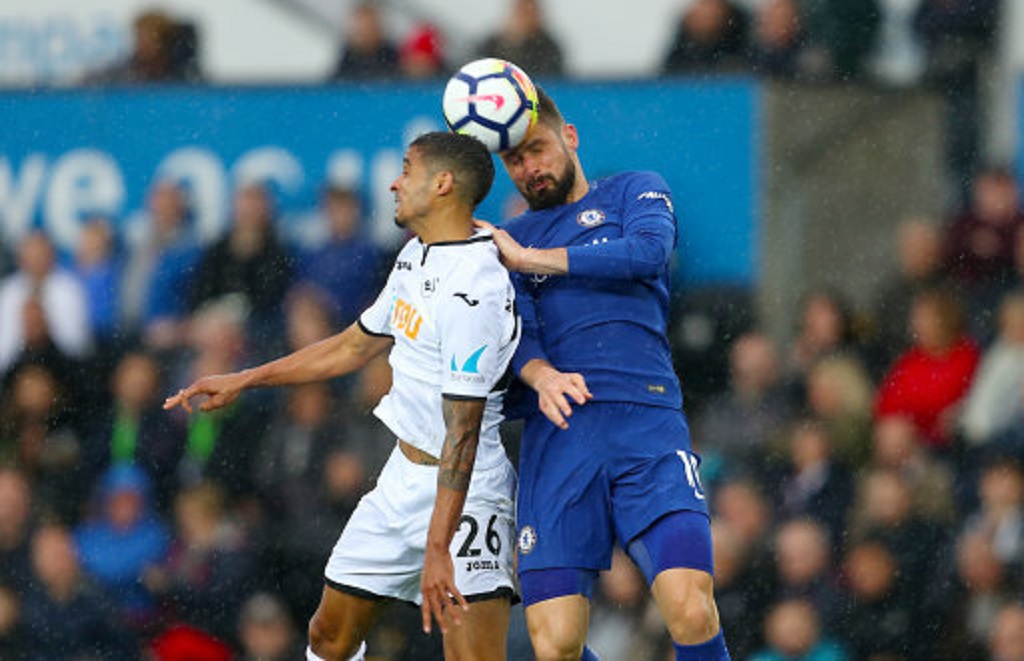 Cesc Fabregas’s fourth minute goal was the difference as the Blues heaped pressure on fifth place Spurs by beating Swansea City 1-0 at the Liberty Stadium tonight.

The Londoners are now two points behind their north London rivals,  who have a game in hand – they play on Monday night, at Wembley against Watford.

Chelsea were excellent in the first half, and terrible in the second, but the goal suggested that the Blues are coming back into winning form at just the right time.

Cesc Fabregas scored after just four minutes when he picked up the ball, just outside the Swansea penalty area from Eden Hazard and curled a simple, left footer high and wide of Lukasz Fabianski’s outstretched right hand.

Alfie manson almost scored an own goal on 21 minutes after sustained period of pressure saw the Swansea centre back clip the ball onto the top of his own crossbar, desperately trying to clear it.

Victor Moses received a yellow card for needlessly upending Ki Sung-Yun. The resultant free kick was typically wasted by the home side.

The Blues confidently kept possession of the ball, while Swansea were happy to sit back and allow the  Blues to keep it, hoping to catch them on the break.

Swansea started well and forced the Blues back.

The Londoners appeared to struggle to get a foothold in the game, but luckily then Swans were not threatening their goal.

A long 70-yard run by left wing-back Emerson, showed what the Brazilian can offer. He was a bit unlucky he ran out of puff at the end and his right-footer, on the edge of the Swans penalty area,  slipped easily across the wet turf to Fabianski.

Andre Ayew almost scored an equaliser within 15 minutes left on the clock, but his curling left-footer inched wide of Thibaut Courtois’s right post.

This was quickly followed by a Kyle Naughton shot, well held by Courtois, that signalled the home side’s pressure was starting to reap dividends

Andre Ayew crumbled in the Chelsea penalty area, looking for a penalty under a Antonio Rudiger challenge, but it was quickly waved away by referee Jon Moss.

Antonio Conte made his first change – a double substitution – bringing on pace men Willian and  Pedro for Hazard and Fabregas with 10 minutes on the clock.