The family of missing Brixton marketing executive Sarah Everard have described her as a “shining example” who was “kind and strong” as they appealed for anyone with information to help detectives.

Formal identification awaits, but in a statement today, Thursday, 11 March, the family said: “Our beautiful daughter Sarah was taken from us and we are appealing for any information that will help to solve this terrible crime.

“Sarah was bright and beautiful – a wonderful daughter and sister. She was kind and thoughtful, caring and dependable. She always put others first and had the most amazing sense of humour. 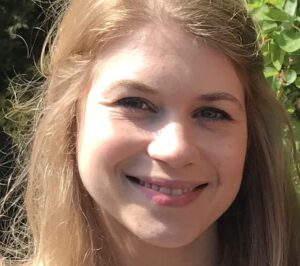 “She was strong and principled and a shining example to us all. We are very proud of her and she brought so much joy to our lives.

“We would like to thank our friends and family for all their support during this awful time and we would especially like to thank Sarah’s friends who are working tirelessly to help.

“We are so grateful to the police and would like to thank them for all they are doing. We are now pleading for additional help from the public.

“Please come forward and speak to the police if you have any information. No piece of information is too insignificant. Thank you.”

A man arrested on suspicion of the kidnap and murder of Sarah has been further detained in custody.

The man – a serving Met police officer aged in his 40s – remains in custody at a London police station after an application to extend his detention was granted at Wimbledon Magistrates’ Court.

The man was arrested on the evening of Tuesday, 9 March. A woman aged in her 30s, who was arrested at the same time on suspicion of assisting an offender, has been released on bail to return to a police station on a date in mid-April.

Sarah’s family, who have been supported by specialist liaison officers, have been informed of these developments. Support is also being provided to Sarah’s many friends.

The investigation is being led by Specialist Crime detectives who are drawing on expertise and skills from hundreds of colleagues across the Met. They are also being supported by Kent Police.