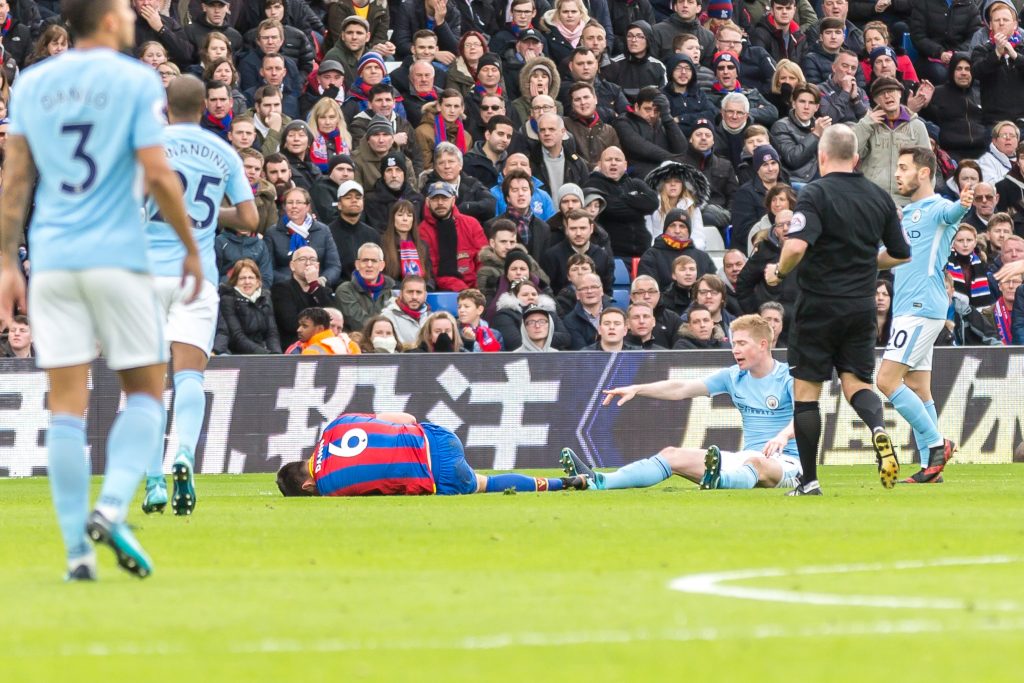 Scott Dann has been stretchered off in Crystal Palace’s match against Manchester City – with fears that the defender has suffered a serious knee injury.

The Eagles centre-back was carried off in the 16th minute at Selhurst Park.

Dann picked up the injury as he fouled City playmaker Kevin De Bruyne – receiving a booking for the offence on the edge of the Palace penalty area – and had lengthy treatment on the pitch before being replaced by Martin Kelly.

The defender was clearly in a lot of pain and it has to be hoped that he is not out for a significant period of time. Mamadou  Sakho is not expected back from a calf muscle strain for a number of weeks and it once again reduces the options for manager Roy Hodgson in the centre of his backline.

An extra six minutes were played at the end of the first-half with City striker Gabriel Jesus also forced off with an injury, the Brazilian in tears as he made his way down the touchline and back to the away dressing room.