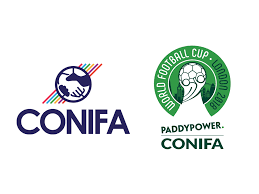 It is the last of the three group games for both sides and a win will be enough to secure a quarter final spot for Cascadia – a US-Canadian team drawn from the states of Oregon, Washington and British Columbia – provided tournament hosts Barawa, who represent the London ex-pat community of south west Somalia, don’t beat the Isle of Man at Haringey Borough’s Coles Park in the other group game, kicking off at the same time.

A draw or defeat for Cascadia might also see them through but would depend on more unlikely swings in goal difference at Haringey. Eelam, the representatives of the Tamil population, sit bottom of Group A after two defeats and need a huge win in Rotherhithe combined with victory for the Isle of Man to have any hope of progress.

It crowned a good week for the north Italian side, whose dreams of independence came a step nearer after the far right, anti immigrant Lega political party entered government for the first time.

Being the only bona fide, UN-recognised nation in the tournament counted little for FIFA associate members Tuvalu, who found themselves three goals down before the media at Coles Park had deciphered the handwritten and chaotically ordered team sheets.

Padania’s Federico Corno opened the scoring in the fourth minute and made it 2-0 with a low drive eight minutes later and Ricardo Ravasi extended the lead with a glancing header in the 17th minute, as diminutive Tuvalu keeper Katepu Iosua failed to command his six-yard box.

Iosua spilled a Corno drive in the 31st minute for Giulio Valente to make it 4-0 from point-blank range and more negligible defending saw Corno complete a 34-minute hat-trick for 5-0.

Tuvalu substitute Okilani Tinilau gave away possession in his own half as the interval loomed and Ravasi played in Valente for his second, and Padania’s sixth.

Remarkably, Tuvalu had the better of the second half, as their opponents eased off and player-assistant manager Apelee Valoa bent a free-kick around the four-man wall to bring a flying save from Padania keeper Riccardo Zarri in the 51st minute, the Tuvalu player looking very pleased with himself in the process.

Valoa extended Zarri again with a powerful drive in the 64th minute but in doing so, marked himself out as a threat and the central midfielder was forced to limp off after a heavy challenge 10 minutes later.

Nomal service was resumed in the 70th minute, as William Rosset volleyed home from eight yards after the Pacific islanders failed to clear their lines.

Padania’s Stefano Baldan was shown a green card for dissent – meaning he was sent off but could be replaced by a substitute – four minutes from time but Valente completed the scoring – and his hat-trick – from close range in the 89th minute, after Iosua spilled a low effort from Rosset.