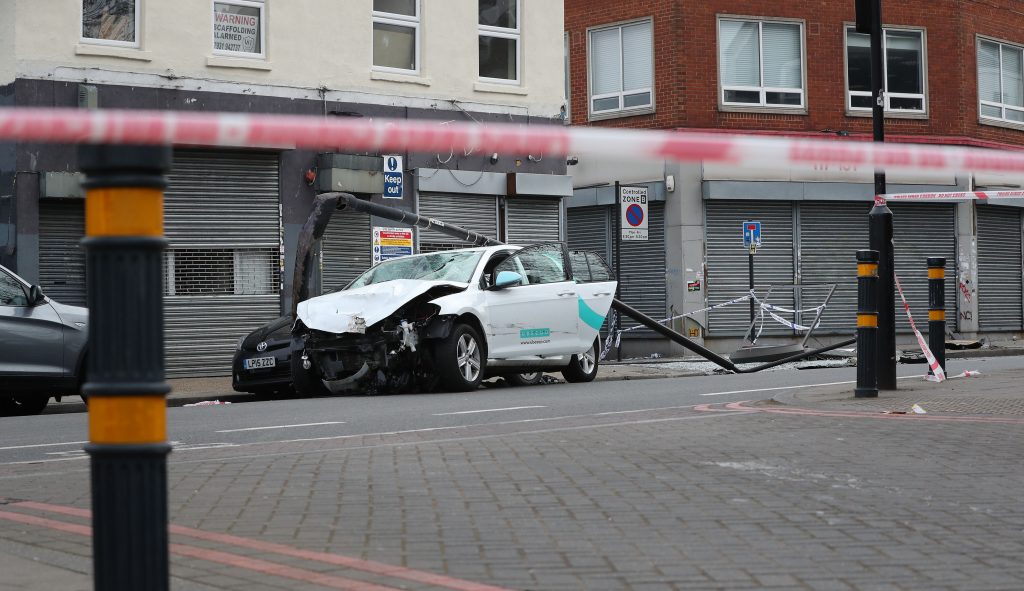 Five pedestrians were taken to hospital after a car collided with a group of people in the early hours of this morning.
The Metropolitan Police said five men aged between 23 and 42 were injured when a car hit a number of pedestrians on Stockwell Road near the junction of Sidney Road, in Stockwell, just before 3am.
None of the injured are critically hurt.
Officers believe the collision occurred shortly after an “altercation” between the occupants of the vehicle and a group of pedestrians.
The car, a white VW Golf, was abandoned at the scene and the occupants ran off on foot, the Met said.
Police are not treating it as a terrorist incident or a hate crime.
Kevin Bate, deputy director of operations at London Ambulance Service, said six ambulance crews, two advance paramedics, two incident response officers, a hazardous area response team and an air ambulance medics attended.
He said: “We treated five patients on the scene for a range of head and leg injuries. We took one patient as a priority to a major trauma centre and took four patients as a priority to a trauma centre.”
The road was closed both ways between Sidney Road and Stockwell Park.
Inquiries continue, and no arrests have been made.