Millwall drew 1-1 with Nottingham Forest at The City Ground on Saturday afternoon. Matt Smith’s first-half opener was cancelled out by a Max Lowe effort just after the restart. Here are Kai Bennett’s five takeaways: 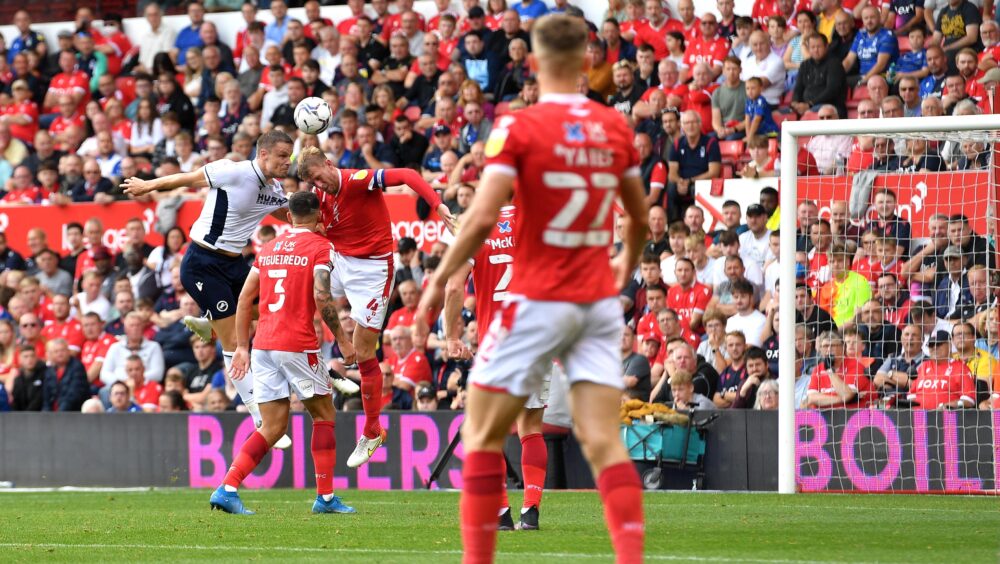 The Lions number 10 scored a hat-trick in their visit to the City Ground in March 2020, and got their goal this afternoon, after he nodded home Sheyi Ojo’s cross.

Smith won 11 aerial duels in the game, which was more than all three of Nottingham Forest’s centre-backs, who could only muster eight between them.

The 32-year-old so nearly won it for Millwall late on, as he hit the crossbar with a ferocious strike just inside the penalty area. 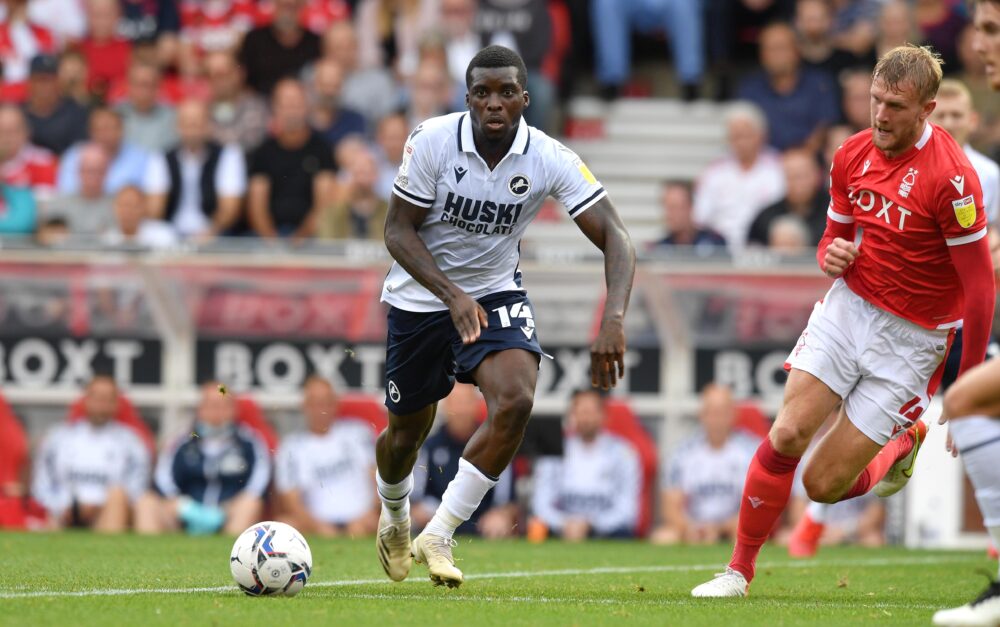 SHEYI OJO GETS HIS FIRST ASSIST FOR MILLWALL

Sheyi Ojo was signed on a season-long loan on deadline day from Liverpool. The 24-year-old had not featured since Millwall’s 1-1 draw against West Bromwich Albion two weeks ago due to illness, but racked up his first assist for the South London club today, with a lovely delivery for Smith to head home. 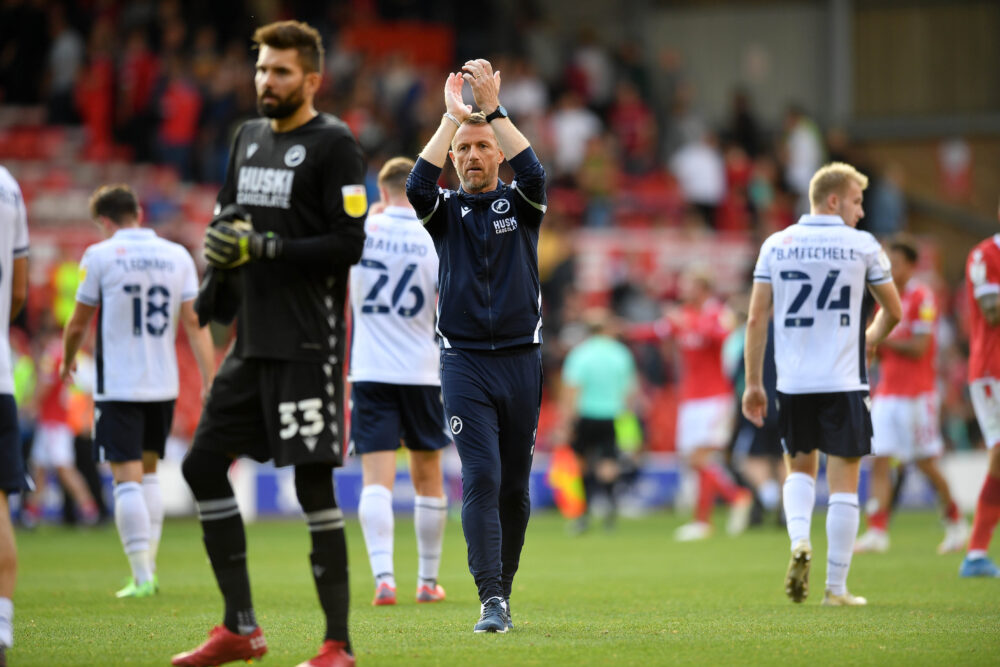 Gary Rowett’s side have become known as the draw specialists in recent years, and are once again doing the same this season.

The Lions have now drawn more league games than anyone in the Championship. Barnsley are just behind them with five.

Millwall need to find a way of turning these draws in to wins, and if they can they will find themselves climbing the table pretty quickly. 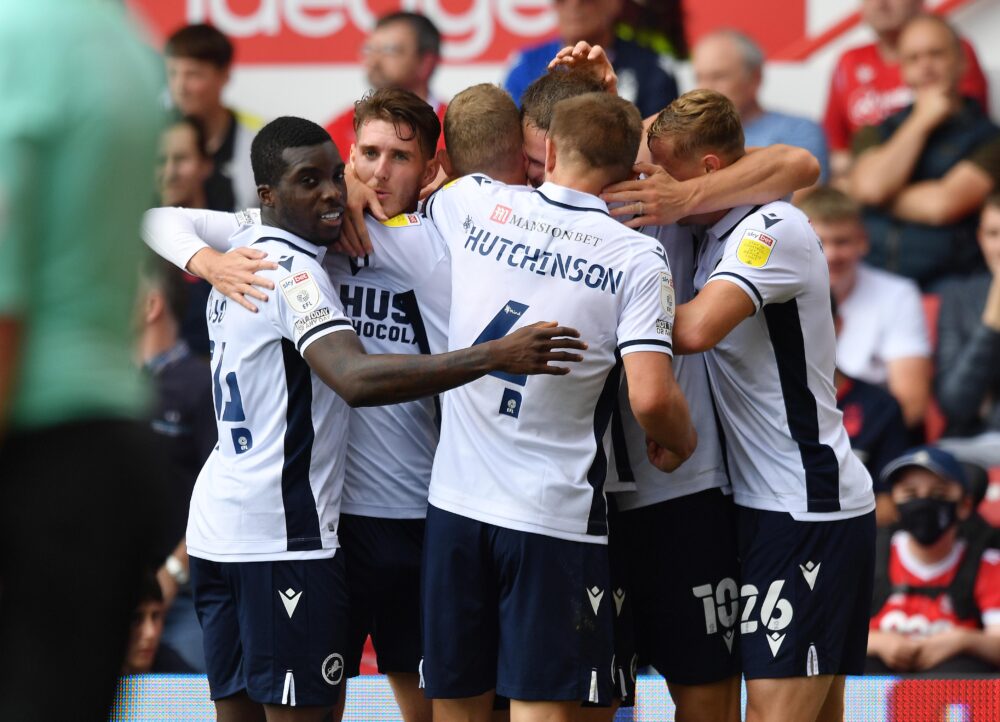 After the former Bournemouth man’s impressive performance on Wednesday evening against Premier League Leicester City, Gary Rowett opted to hand him a first start of the season.

With Jed Wallace missing due to illness, it was a good opportunity for Mahoney to really show what he can do.

The 24-year-old had the best pass success rate out of Millwall’s starting 11 with 90 per cent, but needs to be a bit more creative to be more of a regular in the side.

NO WIN IN THE LAST EIGHT AWAY GAMES

Millwall’s last win on the road was against Stoke City back in early April, when goals from Murray Wallace and Mason Bennett gave the Lions all three points.

Since Gary Rowett has come in, Millwall have been much more effective away from home.

However so far this season, the Lions have played five league games away from home, they have drawn four and lost one.