Millwall moved back to within three points of the Championship play-off places after a 3-1 win over Birmingham City yesterday.

The Lions were 2-0 ahead at the break with Murray Wallace and Tom Bradshaw both scoring their fourth goals of the campaign.

Troy Deeney’s emphatic finish on 56 minutes cut the deficit but then George Evans slammed into the top corner of the net after being cued up by Danny McNamara.

Here are Richard Cawley’s five takeaways from the match 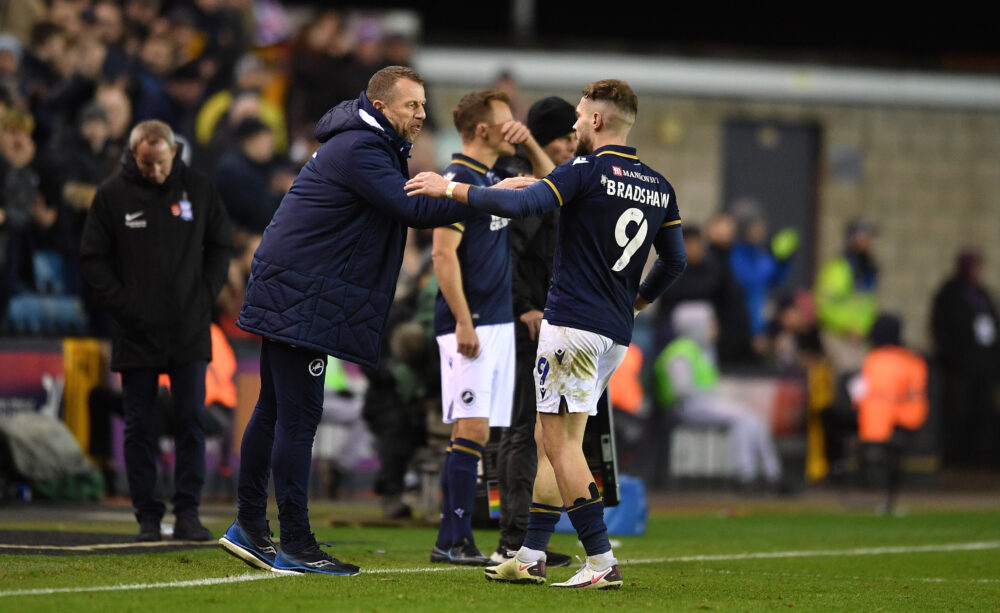 TON UP FOR ROWETT

Gary Rowett made it 100 league games in charge of Millwall and it turned out to be a thoroughly enjoyable afternoon for the manager.
The news that Ryan Leonard and Daniel Ballard will be out for the next three months was a real downer heading into the weekend. So a vibrant performance at The Den was just the tonic required.
Millwall’s players delivered on that front.
Rowett’s league record since replacing Neil Harris is 37 wins, 37 draws and 26 defeats. That gives him an average points per game of 1.48. 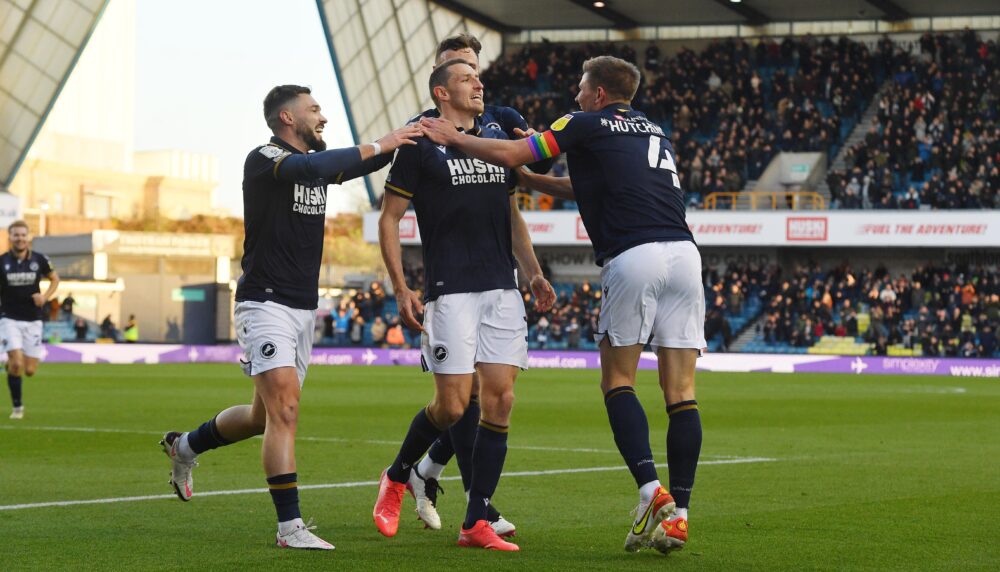 The Lions rarely win by more than one goal. In fact, this was the first time that they have managed to do that this season.
You have to go back to the final home game of the previous campaign – 4-1 over Bristol City in a fixture that was effectively a dead rubber – for the last occasion that happened.
The time before that? February….and a 2-0 victory, again against the Blues.
If it hadn’t been for Neil Etheridge’s heroics in the Birmingham goal, Millwall could easily have added a couple more to their haul.
“We’ve had 10 shots on target, which is unheard of for us,” said Rowett. 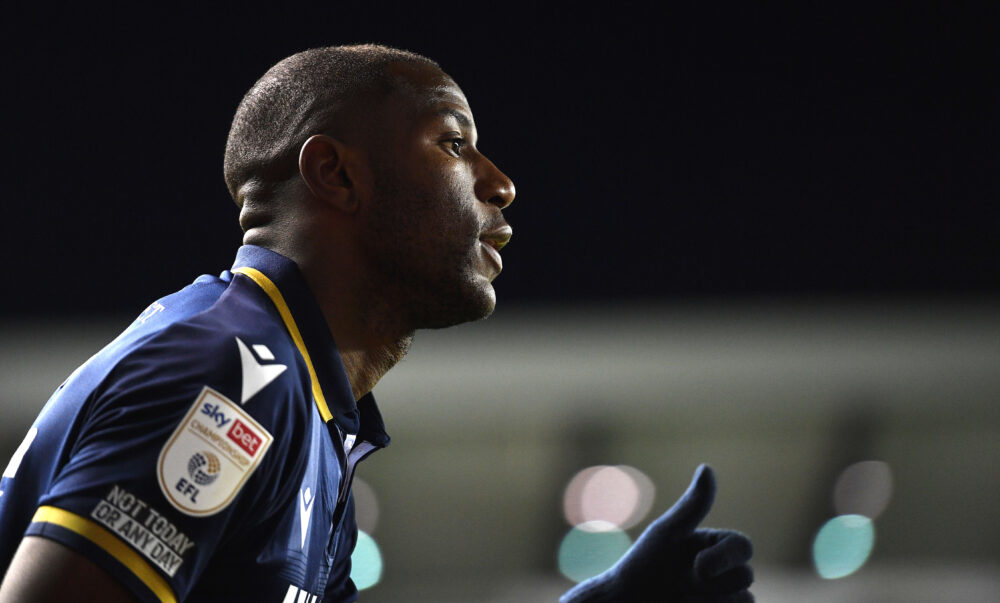 The Stoke City loanee didn’t get on the scoresheet but, make no mistake, he played a huge part in the outcome.
Troy Deeney produced a bang tidy finish to give Birmingham brief hope of a comeback but it was the Lions’ number 23 who really caught the eye.
Headed a first-half chance narrowly over and Etheridge twice repelled second-half efforts.
His hold-up play was on point and Birmingham’s backline just could not subdue him.
Afobe has already easily produced more in his 17 league matches this season than Kenneth Zohore – who arrived on a temporary deal from West Brom – managed over the entire last campaign.
If Benik can keep playing at around this level for the remainder of the season then it bodes well for Millwall finally cracking that top six. 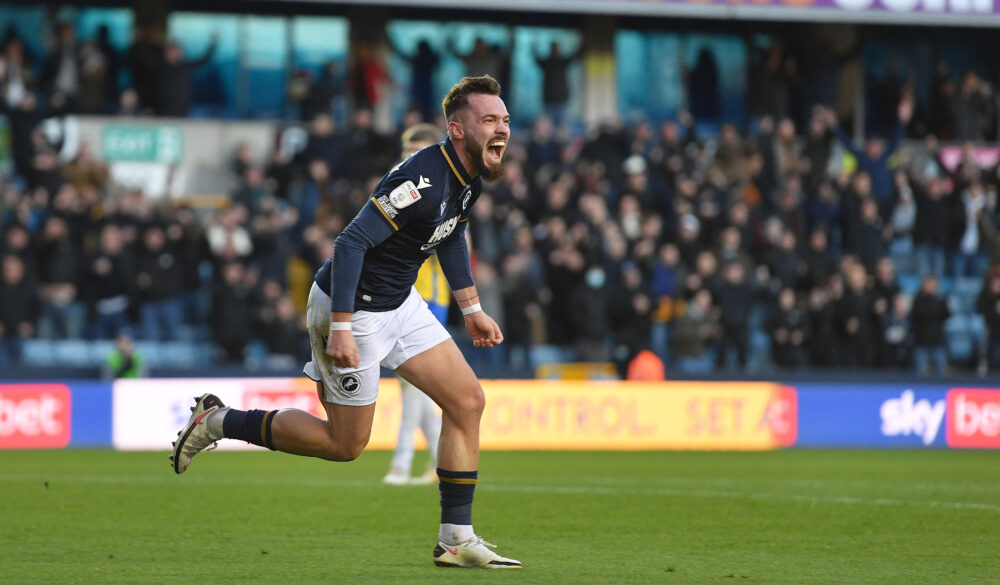 I’m going to level with you, I didn’t head to The Den yesterday expecting it to be a classic. But it was a highly enjoyable watch.
Part of that was down to the home supporters, who were bang up for the match and generated an excellent atmosphere. And the players produced as they ended a four-match winless spell, although only one of those was a defeat.
The crowd of 14,324 was their second-highest attendance of the season – only 48 people shy of the gate against Derby County.
The fact that Millwall clicked on the front foot ensured there was a steady stream of goalmouth incidents.
You’d like to think that plenty of those punters will be back for the Preston match on December 18. 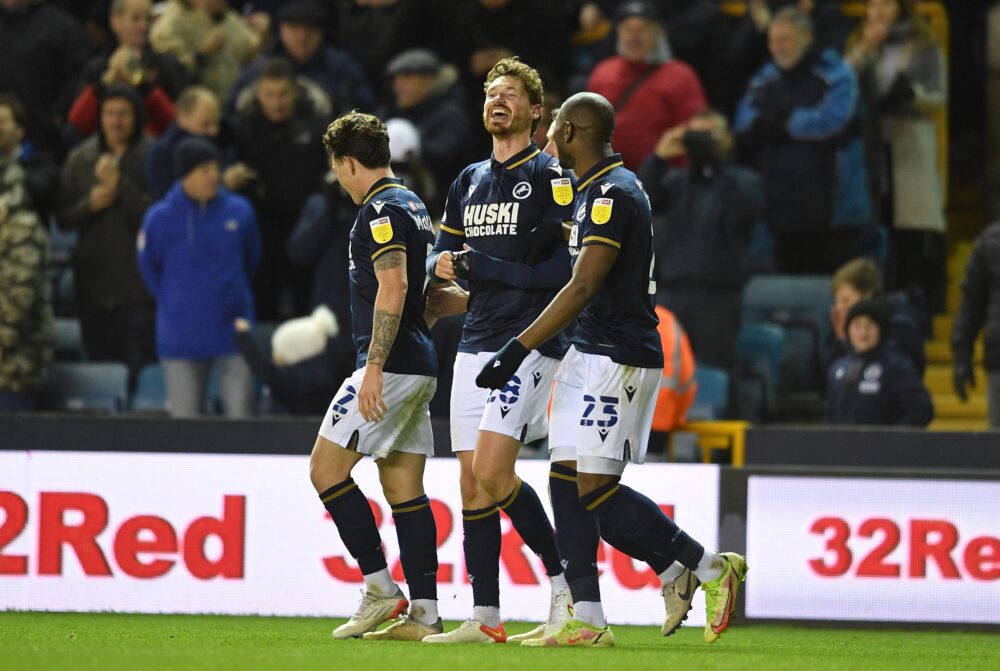 One of Rowett’s big calls was to bring George Evans into his starting line up with George Saville dropping to the bench.
Evans made the most of his first start since the Stoke match – playing just eight minutes in the six fixtures that followed – and capped it off with a fine finish past Etheridge on his weaker left foot.
It would be absolutely remiss not to talk about Billy Mitchell as well. The 20-year-old has now completed eight 90 minutes back-to-back in the league and he had the most touches (69) of any Millwall player. Mitchell also had an 85 per cent pass success rate – the best of any player apart from substitute Maikel Kieftenbeld, the Dutchman had a 100 per cent record but only made two passes.