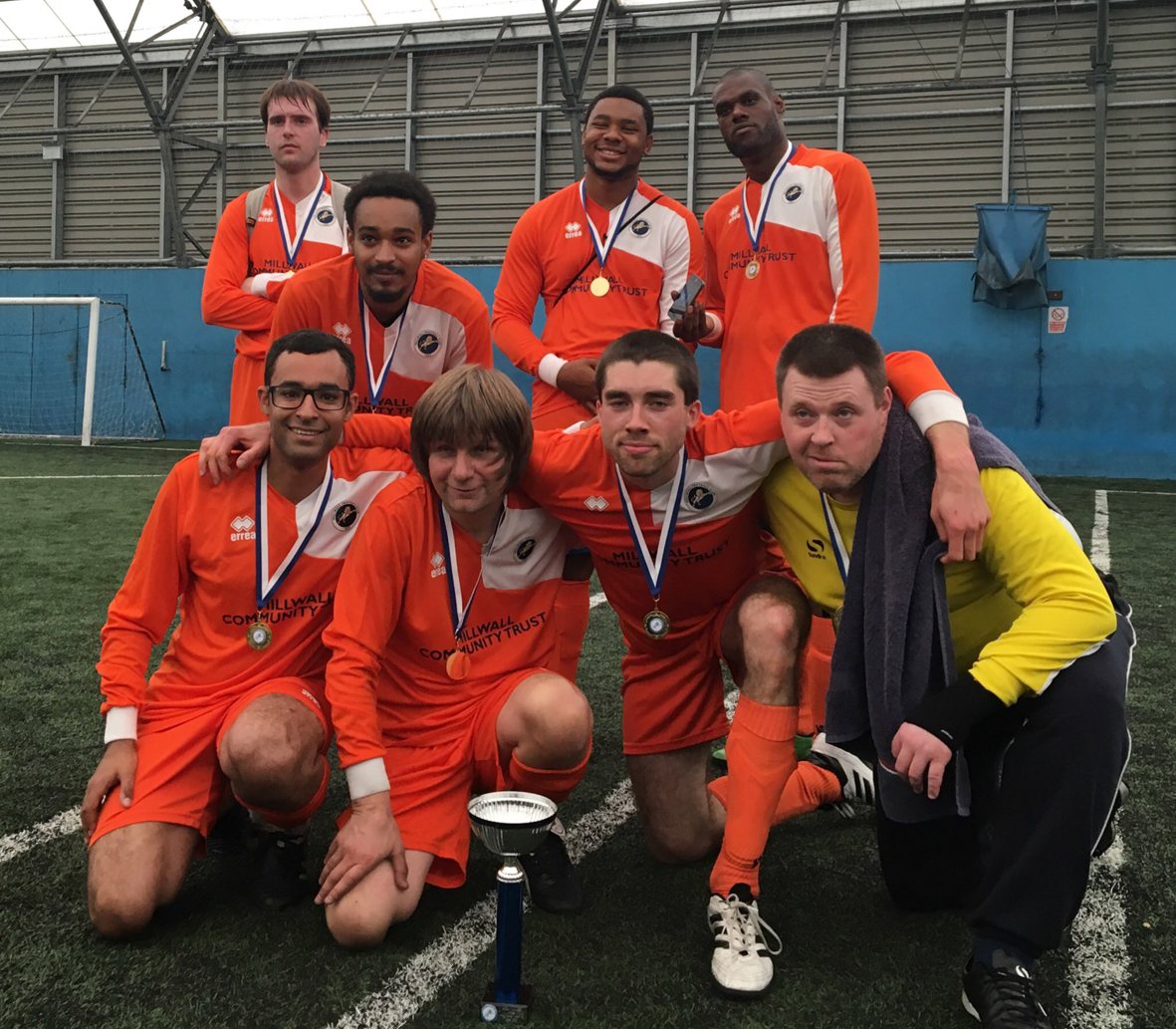 A football tournament to raise awareness of mental health ended with a thrilling penalty shoot-out.

The teams in the seven-a-side event consisted of players suffering mental health disorders.

And the teams are attached to major football clubs including Millwall, Arsenal and Crystal Palace.

Neil Harris, Millwall’s first team manager, said: “A tremendous amount of work is being done within our community to help and encourage people to take care of their mental health.

“But it is equally important that mental health, which in the past has been something of a taboo subject, is now also very much on the agenda.”

To join the teams, people who suffer from the likes of depression and anxiety will be referred by hospitals, which recognise the mental-health benefits of playing.

Ben Perryman, 32, disability sports development officer and Millwall Lions coach, said: “These teams and tournaments are so important. “A big problem with conditions like depression and anxiety is that people cut themselves off.

“We provide them with a safe space where they can be drawn out of isolation.

“That one pass or one goal could be the crucial moment in the week that makes them feel good and helps them step over the mental barrier.”

Mr Perryman has found his roles as football coach and development officer compliment each other very well. He said: “I have become a figure they can speak to in a less formal setting. I really feel like we may have saved some lives.”