Jay Tabb hasn’t taken the usual route after hanging up his boots – opting instead to hold the reins.

While many footballers have loved a flutter on the horses, Tooting-born Tabb has set his sights on working in the racing industry.

The 35-year-old put himself through a gruelling 12-week foundation course at Northern Racing College – which included needing to lost more than two stone in weight.

He starts his job as a full-time stable lad at Philip Hobbs’ yard in Somerset on July 8.

“I’ll be doing everything from yard work – mucking out and looking after the horses – to riding work as well,” said Tabb. “Hopefully I’ll get to go racing as well.

“You look after four or five horses and you take them for their races. 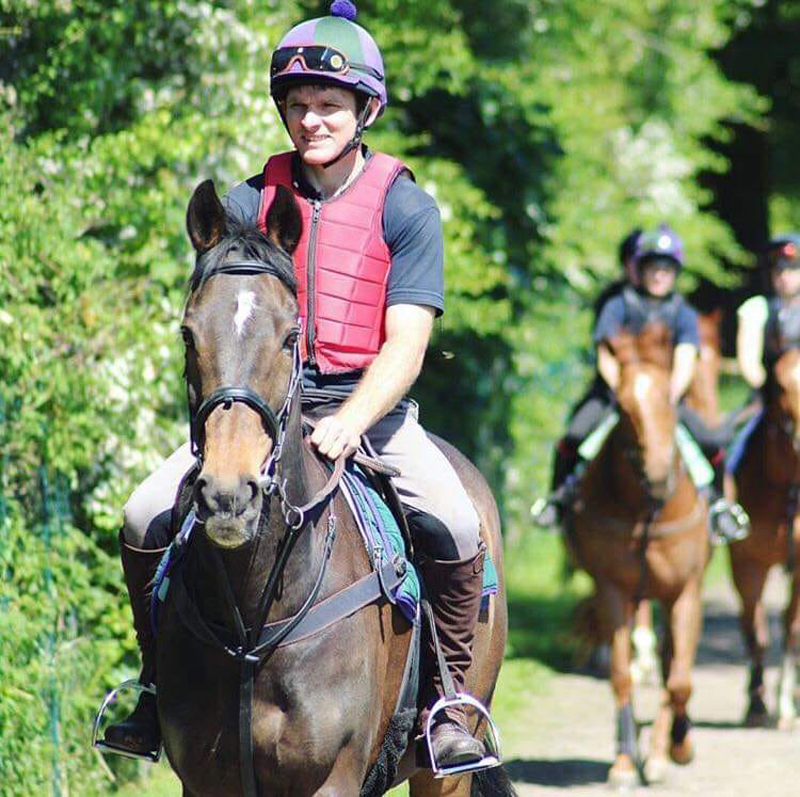 “I’m probably a bit too old to be racing regularly but I would like to get my amateur licence and get a few rides like that – point-to-point racing.

“But that’s quite a long way off. You need to learn your trade and do your apprenticeship to get there. You don’t just become an amateur jockey overnight.

“If that happens great, but the aim all along was just to become a competent work rider and be able to work at a yard day in and day out.”

Tabb was on Crystal Palace’s books as a youngster but was released in 2000. He went on to establish himself as a pro at Brentford before spells with Coventry City, Reading and Ipswich Town.

Capped 10 times by the Republic of Ireland he finished playing in 2010. 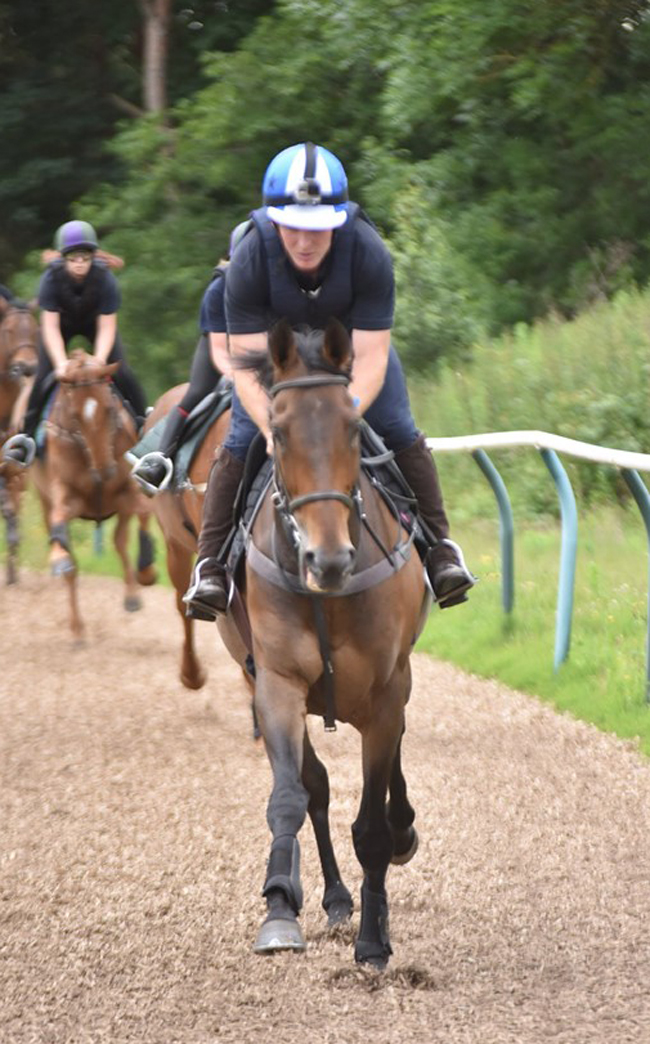 A former Wimbledon College student, he played rugby union for Old Wimbledonians after that.

“ That was just something I wanted to do after playing football – rugby was my number one sport,” said Tabb.

“My cousin and brother play for them and I wanted to have a couple of seasons there.

“It’s just the injuries that come with it. I had a bad knee injury and shoulder injury playing rugby. I need shoulder surgery and to get that sorted first before I play again.

“I’ve had a keen interest in racing since my early 20s. I’ve been involved with a few races horses and been to a few yards to see how they worked – I was interested in learning to ride and look after the horses.

“I thought it was long-term something I would enjoy doing.”

Tabb was part of the Reading side which won promotion to the Premier League in 2012.

How does his current role compare on the salary scale?

“I think it’s more of a passion at the lower levels – as a stable lad or lass,” he said. “The pay isn’t atrocious, but it isn’t amazing either.

“You do it because you love horses and love working with them every day. The higher you go – travelling head lad or assistant trainers and trainers get paid very well.

“It’s a hard industry to get into. A lot are born into it and brought up on it, I’m coming into it relatively late. Being a trainer is hard work and there is a lot of stress as well – it’s not the glamour you see at the top level where you might have 250 horses and getting the money from their training fees each month. If you’ve only got a few horses then it’s not the same. And I wouldn’t have the knowledge base to do that.

“I’m just going into it to see where it leads, there are so many avenues that racing can lead into. I’m going to move out of London and into the countryside – wake up every morning and race horses. It’s more about that. Anything else is  a bonus.”

Tabb is 5-foot 5-inches tall. He was a stocky midfielder.

But stocky and being a jockey are not the right combination.

“I was still really active and going to the gym every day after retiring but when you’re not playing football as a living there is no reason to say no to anything if friends are going our for drinks and you are eating a bit more,” said Tabb. 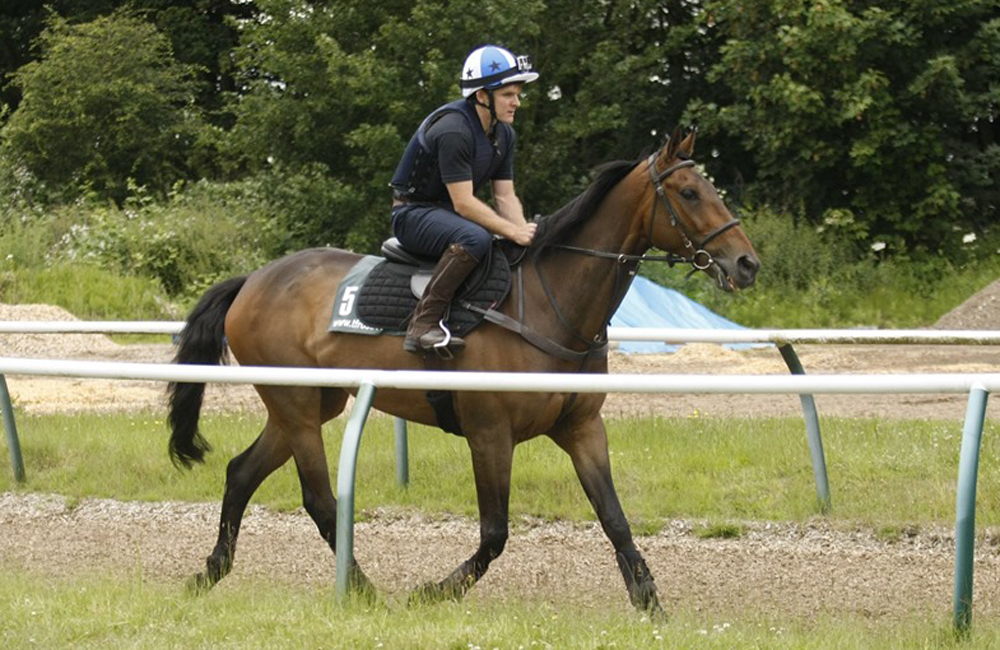 “When I was playing I was 12 stone and by January this year I was just over 13. You need to get down to the weight the college want you to ride at – including your body protector, hat and boots. I needed to get down to about 10 and a half stone.

“It was quite hard but once you get in the routine it becomes normality. I was doing intermittent fasting, only eating and drinking between midday and 8pm. I cut my calories down and exercised more. You do become a bit boring but it wasn’t forever – it was so I could do the 12-week course.

Tabb has still got all his memorabilia from his football days – paper clippings and letters from fans – but the Chelsea fan no longer has the same passion for it.

“I’m really proud and grateful for football,” he said. “But I don’t wake up every day and said: ‘I wish I was training’. I’ve not had that feeling once.

“Football has given me the opportunity to go away and do the 12-week course. I can look at different career paths and not have that type of pressure if I hadn’t played football.” 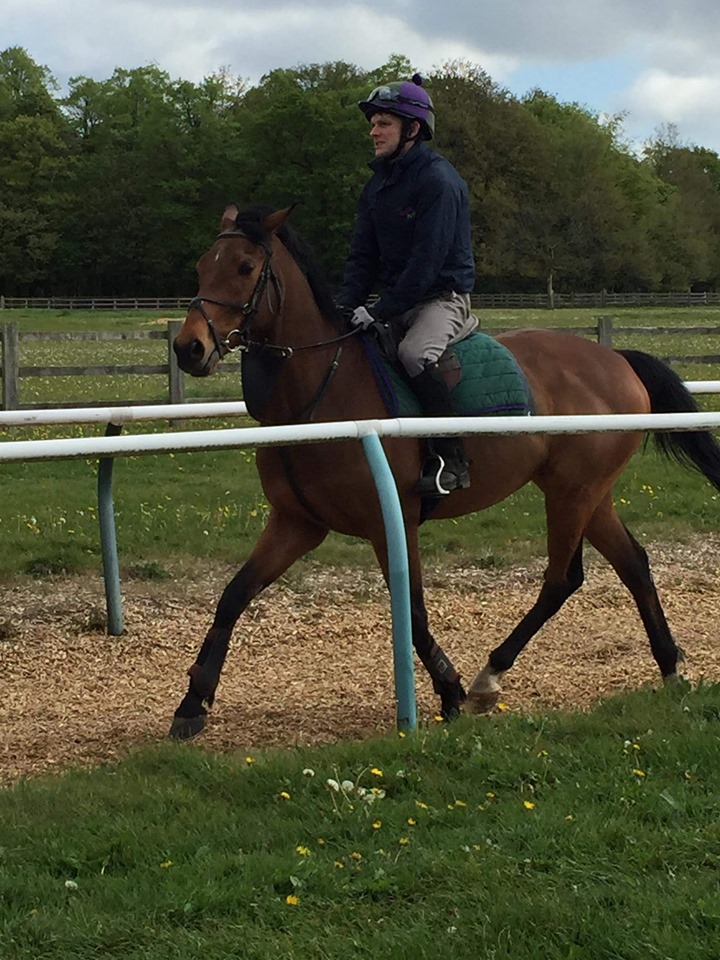 Tabb and former Coventry team-mate Ben Turner co-own Mister Miyagi, a 10-year-old that has won twice at Cheltenham and had career earnings of £56,000.

“They aren’t free to train so each season he has kind of covered his training costs,” said Tabb. “We’ve been really lucky because a lot of people have horses and never win.

“Mister Miyagi has given us some amazing days out. It’s a hobby. You’re not in it to win money. It’s like golf, people spend money on membership, holidays and clubs – you just do it for fun. It’s the same with horses.

“Most of the time it’s going to cost you money.

“I didn’t grow up with horses at all. Ben was my room-mate at Coventry and used to watch it on TV, I got into it through that.

“I would like to live somewhere where Mr Miyagi could be. I think you owe it to the horse to give him a good retirement and look after him.

“Ben knows a lot more. When he hangs his boots up I could see him getting into something to do with racing, I think he runs a couple of syndicates at the moment for owners.

“He’s the kind who could make a trainer or assistant. He is 6ft 5 and built like a warrior, so I don’t think he’ll be riding a horse any time soon.”

Tabb’s daily routine at college shows why you need to be dedicated with a 5.20am start for a half-hour run to keep his weight down.

He added: “You feed the horses at 6.30am, 7am you start mucking two or three horses out, ride a lot, have a 15-minute break for breakfast and then you have got another four horses to ride between 10am-1pm. A little bit of lunch and then back on the yard at 2pm when you muck them out again and do the horse grooming, getting the morning’s sweat off them. You do that until 5.30pm and then 6.30pm you do evening classes until 7.30pm or 8pm.

“You have a little more free time at a yard in the afternoon but at the same time you could be taking a horse up to Carlisle or Ayr and be doing an overnight stay.

“I want to become a good member of the racing yard and improve my riding.”