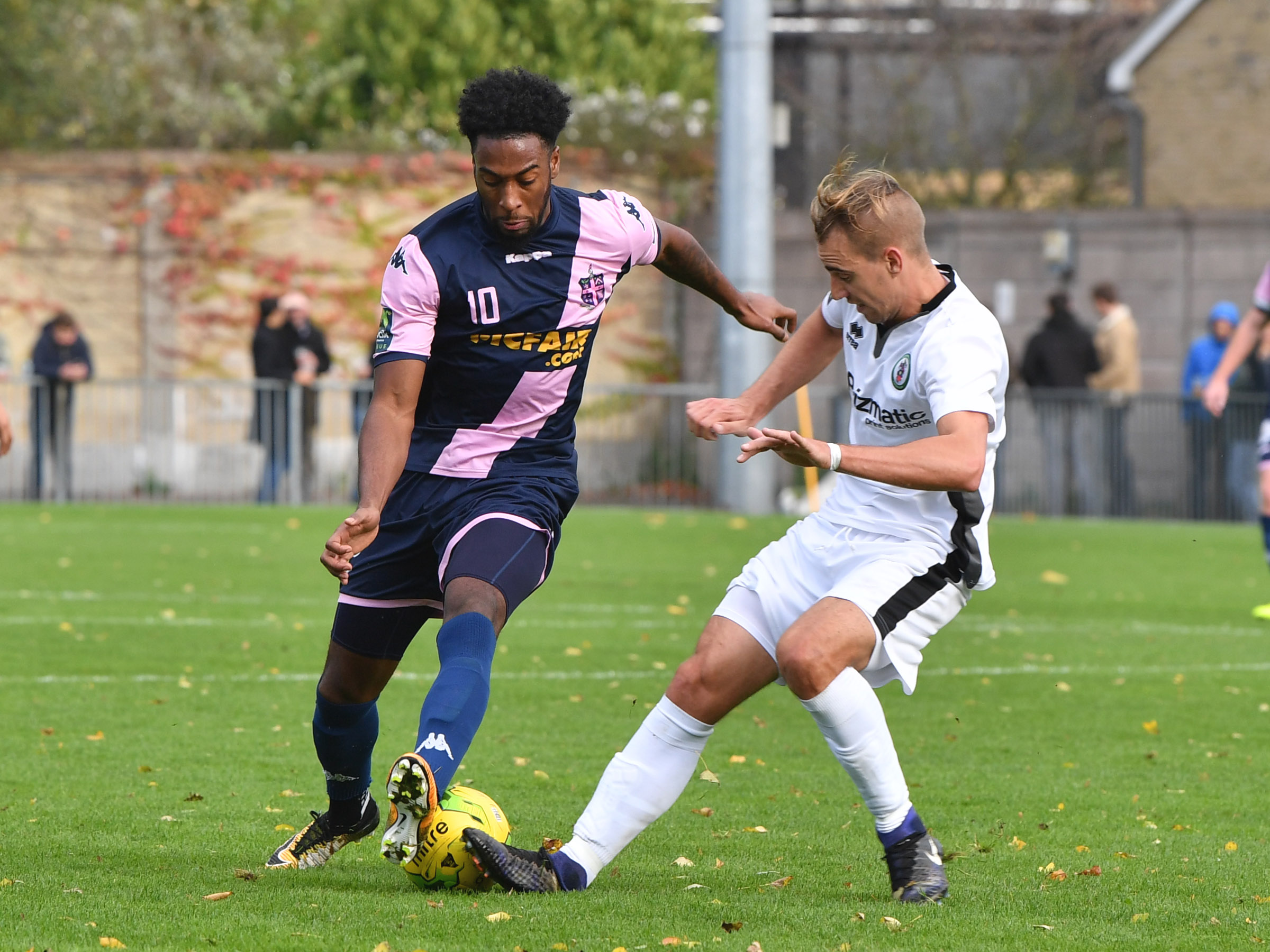 Hamlet have played five more games than third-placed Billericay but Gavin Rose’s side are on an eight-game unbeaten run and yet to lose away from home this season. It also means they have stuck an accumulated 15 goals past Merstham since the Surrey outfit was promoted in 2015.

After a stodgy opening 10 minutes, Ferguson gave Dulwich the lead in the 14th minute after winger Nyren Clunis created space for himself on the right side of the box. He found Ferguson with a lofted ball and the midfielder took a touch and finished confidently.

The game sprang to life at this point and within four minutes ex-Palace man Allassani doubled the visitors’ lead when he collected a perfectly-weighted through-ball from Ferguson. The fleet-footed winger took it round Merstham keeper Chris Haigh and finished confidently with his left.

Dulwich started the second half on the back foot, but caught the Moatsiders unawares in the 56th minute. Allassani neatly collected a wayward ball across the hosts’ own goal. He released a simple pass for Ferguson to apply an easy finish underneath the goalkeeper, and rack up his second of the match, and fourth of the season.

With Merstham heads beginning to drop, Dulwich started to capitalise. Substitute Nana Boakye-Yiadom drifted across the pitch from the right and found Allassani, who put away a straightforward chance.

For a match that looked so comfortable for the Hamlet on paper, keeper Preston Edwards deserved immense credit for a fantastic performance which resulted in a well-deserved clean sheet.

Merstham hit Lowestoft for six last time out and certainly looked like a team capable of doing it again, were it not for the dependable Edwards.

Dulwich travel to Bostik Division One North side Waltham Abbey for the first qualifying round of the FA Trophy on Saturday. Hamlet reached the quarter-finals last year.