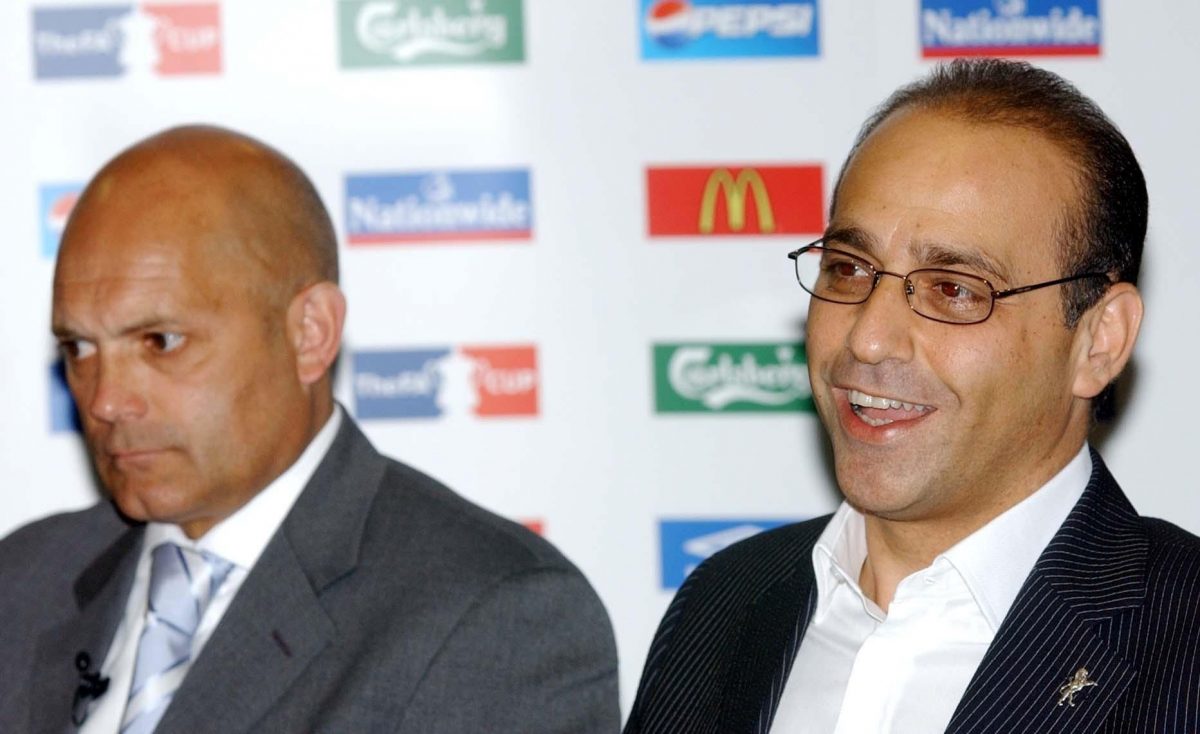 Dragons’ Den star Theo Paphitis has paid tribute to his friend, the former England captain Ray Wilkins, who has died.

The former Millwall chairman brought the Chelsea and Manchester United legend to the club in 1997 and later as assistant to manager Dennis Wise in 2003.

“It is quite numbing, really,” said Paphitis. “I can’t really take it in.

“Ray was a great human being. He was wonderful at talking to people – he would speak to them in a way that they could not fail to understand.

“It did not matter what walk of life you came from – educated or privileged or otherwise. When he spoke, you got it straight away.

“He had the common touch, and you could not help but warm to him. And he talked sense.”

Wilkins’ death has brought back some memories for Lions fans of the way he and boss Dennis Wise took Millwall all the way to the FA Cup final in 2004.

Wilkins – who had played a handful of games for the Lions in 1997 – was brought in by friend and Den chairman Paphtis as an experienced hand to guide Wise, who was in his first spell as a manager.

Paphitis said: “He was responsible for getting Dennis to come to Millwall in the first place.

“We needed a Dennis Wise-type character. And Ray said: ‘Why don’t you get Dennis?’

“Then when I asked Dennis to be manager, he said he wanted Ray as his assistant. He wanted someone he could trust, with experience.

“I said I didn’t want that, because Ray was a friend, and no matter what happens, managers always end up getting the sack and this will put me in an impossible situation, because I love Ray as a mate.

“So I called Ray, and told him ‘This is a tough conversation because I want you to turn me down.’

“He said: ‘I have had a few clubs and been sacked by a few. One more is not going to make a difference. I promise you, I am a big boy and can take whatever happens. I would love to work with Dennis.’

“And I was very grateful for that.”

The duo proved a winning combination. From struggling near the foot of the table in October, the pair steered the Lions to within touching distance of the play-off places by March.

But even more historic, they led the charge to the final of the most famous knock-out competition in the world, with wins against Walsall, Telford and Burnley. Current boss Neil Harris and current player Tim Cahill scored the goals that mattered in a 2-1 replay win at Tranmere and the Lions clinched their place in history when Cahill scored the winner in the 1-0 victory against Sunderland at Old Trafford on April 4 2004.

But the run to the final at the Millennium Stadium Cardiff, where they lost 3-0 to Manchester United, cost them dear – their play-off push faded and they ended the season in 10th position after going seven games without a win following that semi-final triumph.

Wilkins and Wise disagreed about the club’s transfer policy in the following season and the manager – and chairman Paphitis – resigned with the club again falling short in 10th position when the campaign ended.

Wilkins, whose own career as boss had taken in QPR and Fulham – took caretaker charge until Steve Claridge took over in June.

Millwall have already announced there will be a minute’s applause before Saturday’s home game against Bristol City.