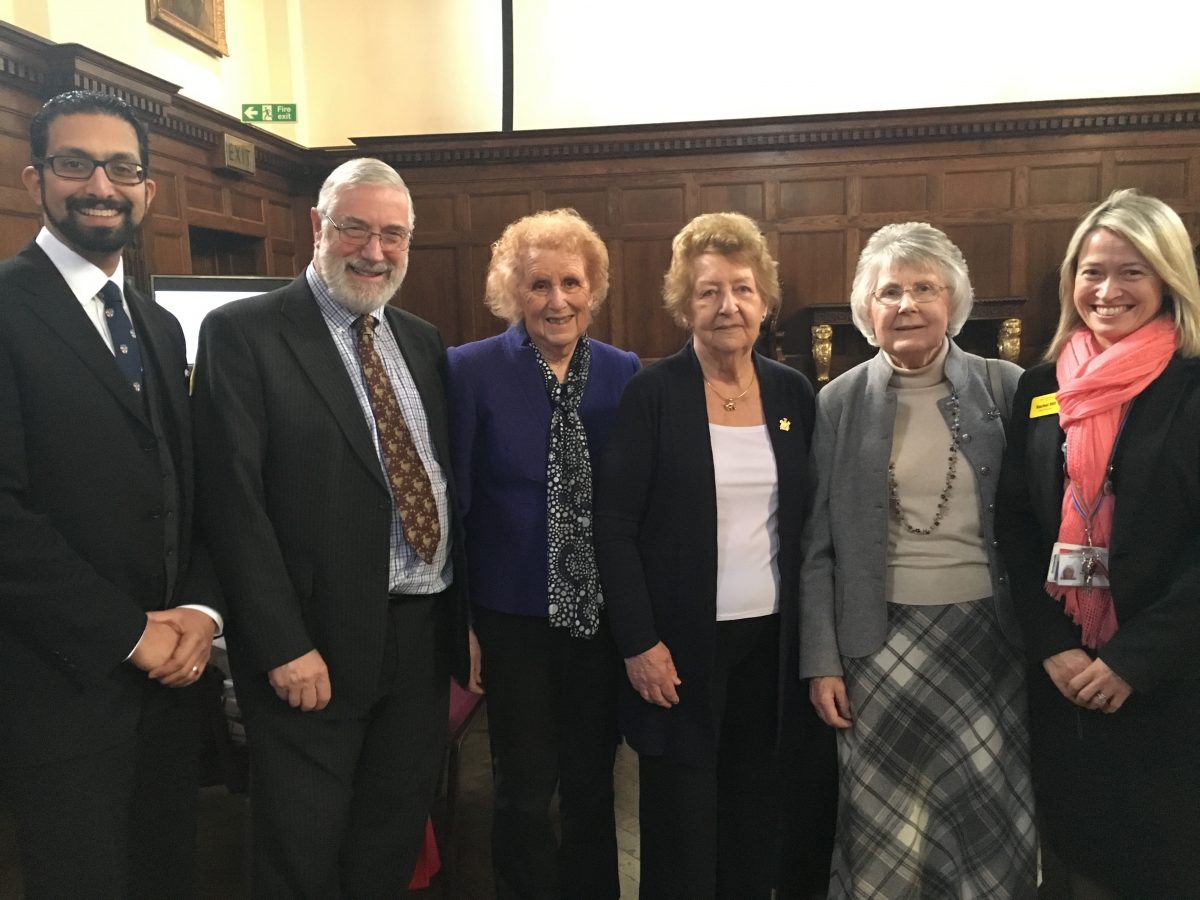 Founders of the first hospital-based palliative care team in the country were reunited at a celebration to mark 40 years since it was established.

The pioneers of the specialist field of medicine attended the recent event at St Thomas’ Hospital, where the team was set up.

They included Dr Mary Baines, who worked at St Christopher’s Hospice and supported the creation of the team at St Thomas’ in late 1977, Dr Thelma Bates OBE, a consultant in clinical oncology who founded the team, Barbara Saunders, the lead nurse for the service, and Dr Andrew Hoy, who worked as an oncology registrar when the service began.

Dr Baines spoke about working with Dame Cicely Saunders, founder of the modern hospice movement, at St Christopher’s Hospice in the 1960s. She had worked as a GP and told the audience how moving to the hospice had been considered “professional suicide” by colleagues at the time.

She explained how she learnt more about pain management and cancer treatments when she shadowed Dr Bates at St Thomas’ and realised that their combined knowledge had a great benefit to patients. This led to Dr Bates starting the palliative care team at St Thomas’.

Addressing the audience, which included members of the Trust’s current palliative care team, Dr Baines said: “I hope that I’ve shown you something of your inheritance over the last 40 years. The challenges ahead make me want to turn the clock back 50 years, join you and start all over again.”

Dr Bates explained why she created the team at St Thomas’, saying it became apparent that patients who had reached the end of their lives were often better cared for at St Christopher’s Hospice. She said: “The more I learnt, the more I understood that these skills were lacking at St Thomas’. Something needed to be done. It was clear that no one was entirely satisfied at existing care at the end of life.”

After undergoing more training, observing how a similar team operated at a hospital in New York, and gaining funding, the small team – consisting of her, Andrew, one nurse, a social worker and the hospital’s chaplain – started to operate.

Within six months, the team had been able to discharge so many patients, who could either benefit from life-extending treatment or receive pain relief at home, that an outpatient clinic and home care service was set up. By the third year, the team included four specialist nurses and cared for 20 patients in the hospital and 40 outpatients.”

The event also highlighted that palliative care was recently named as the 22nd King’s Health Partners’ Clinical Academic Group (CAG), in recognition of its unique and outstanding offering in clinical care, research and training.