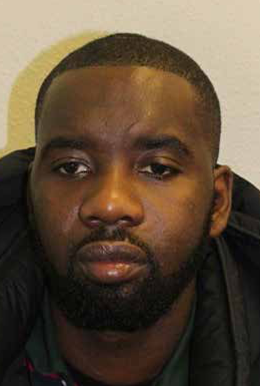 Four men have been jailed for a total of 48 years convicted of conspiracy to kidnap and blackmail.

On 22 December 2016, police were called at approximately 11:30pm to reports of a fight on Ennis Road, Plumstead SE18.

The court heard how witnesses saw a man being chased and forced by two males into a black Audi, which made off towards Shooters Hill.

Whilst on the scene, a relative of the victim told officers he had been contacted by the kidnappers who were demanding money for his safe release.

During the ordeal, the victim was kept in the vehicle where he was tied with handcuffs, cable ties and tape and assaulted.

Demands for cash and threats of violence continued throughout the night. Shots were fired as part of these threats which included a false report that the victim – a 31-year-old man from Greenwich – had been shot.

They were sentenced as follows at the same court on Tuesday, 8 May.

Amir Sahir, 30, of Tuam Road, Greenwich, SE18 was jailed for 10 years for conspiracy to kidnap, conspiracy to blackmail and false imprisonment.

Zephan Rollins. 29, of Canadian Avenue, Catford, SE6 was jailed for 11 years for conspiracy to kidnap, conspiracy to blackmail, false imprisonment and breach of license.

Reece Jackson, 25, of Holly Park Estate, Islington, N4 was jailed for 12 and a half years for conspiracy to kidnap, conspiracy to blackmail, false imprisonment and possession of an imitation firearm with intent to case fear of violence.

The victim was released at 8:30am the following day after the suspects became aware of police involvement.

He was driven to a road close to Croxted Road before the suspects released him with 60p to make a phone call.

The victim walked to Norwood Road where he found shelter in a café and called his family to let him know he was safe.

Officers were alerted and the victim attended hospital for treatment after sustaining minor injuries during the incident including a cuts to the ear, head and nose.

Later that same day, officers identified the suspect vehicle in Rosendale Gardens, SE21. They followed the car and located Conrad. He was arrested at approximately 6:40pm.

The three other males were arrested in the following weeks as a result of police enquiries.

DI Gary Myers, who investigated, said: “I hope today’s sentencing brings the victim some measure of comfort and closure to what must have been a terrifying ordeal.

“We hope this will serve as a reminder that such violence will not be tolerated in the streets of London. This investigation demonstrates the Met’s commitment to tackling these crimes.”