The rain stopped falling as the teams came out to warm up, and it left the pitch a firm to soft surface – ideal for the quick play of AFC Wimbledon as they battled to win a game and be in the draw for the fourth round of the FA Cup.

It was a game of half-chances for both sides, but in the 10th minute after a Wimbledon attack broke down, Boreham Wood played an incisive pass to top scorer Tyrone Marsh, who beat Nik Tzanev from just outside the penalty box to make it 1-0.

The  Wood took that into half time without much challenge apart from a single Jack Rudoni shot, which was palmed away by the diving Boreham Wood keeper Taye Ashby-Hammond. It was the only time he was put under pressure. 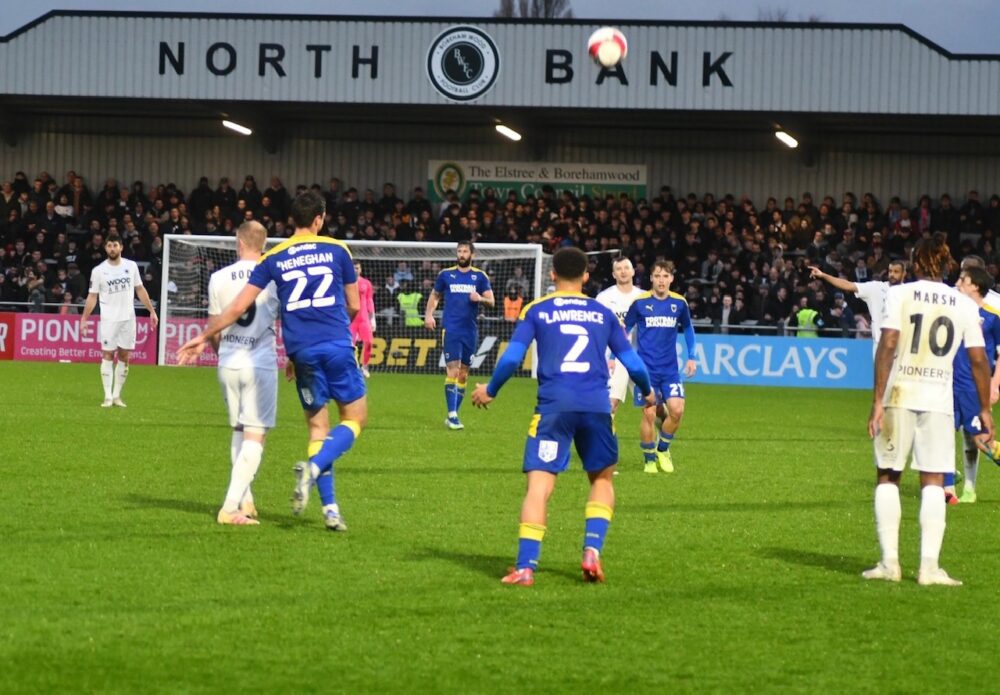 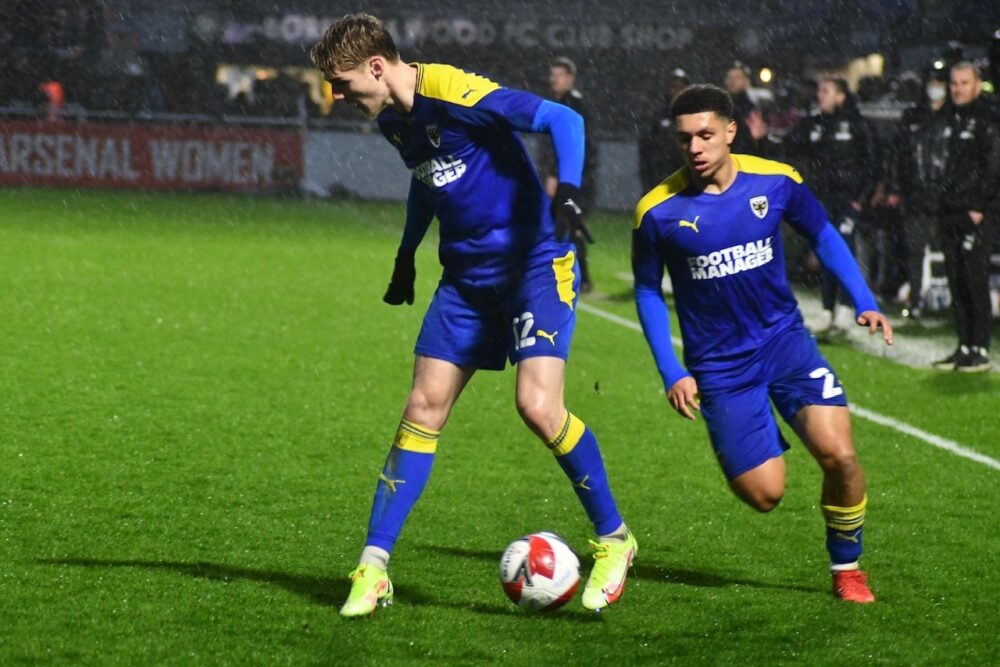 Wimbledon huffed and puffed but missed that cutting edge to change the game. It looked likely that major surgery was required by head coach Mark Robinson at half time to create a difference to the outcome.

Robinson took until the 57th to make his changes, withdrawing the ineffective Henry Lawrence and bringing on fit-again Will Nightingale as well as returning to a flat back four.

Immediately Wimbledon became dominant with one shot cleared off the line and another smothered by the keeper, who handled well throughout.

There was though a sucker punch as Boreham Wood scored a second in the 86th minute through substitute Adrian Clifton. It put a gloss on their performance, which probably wasn’t deserved due to the inability of the referee to penalise a Wood player for handball in the build up to the shot.

DIFFICULT TO BREAK DOWN

Wimbledon find it diffifcult to cope with opposition who were all more than six-feet tall and very physical in their approach. Credit though, Wood had a game plan and stuck to it.

Once the changes happened in the second half the team were less ponderous and more direct in their play and caused The Wood some issues. Maybe some players should shoot more from all angles?

SECOND HALF DOMINANCE NOT ENOUGH

The introduction of Egli Kaja certainly changed Wimbledon’s final ball, since he pinged in a variety of crosses. Some players should maybe gamble more and be in and around the six-yard box so that they can perhaps pick up a deflection or two.

A POSITIVE IN DEFENCE

The return of Will Nightingale was good to see, and his boldness and positivity with the ball bringing it out of defence was a great reminder of what has been missing. A welcome return.