Millwall recorded just their second league win of the season on Wednesday night with a 1-0 triumph over Bristol City at the Den.

Jed Wallace grabbed the only goal of the game – smashing home a second-half penalty just four minutes after he was introduced as a substitute on the hour mark.

The Lions are up to 14th in the table and are unbeaten in six Championship games following a string of draws prior to their meeting with the Robins.

JED FAST OFF THE MARK

Wallace made his return from illness as a replacement for Matt Smith on the hour mark with Millwall on the ropes after a shaky start to the second half. Just four minutes later, Wallace had slammed his penalty into the top right-hand corner to fire Millwall into the lead.
Even by Wallace’s impressive usual standards, that’s quite an impact. In truth, it was his introduction that sparked Millwall into life after they’d made a disappointing start to the second half.
His presence lifted the Lions both on the pitch and in the stands and Bristol City couldn’t cope with his endless energy. He linked well with Benik Afobe to create a couple of half-chances as Millwall tried to grab a second to kill the game off.
Gary Rowett’s comments after the game, where he suggested he toyed with the idea of starting Wallace but felt that Matt Smith deserved a spot, appear to indicate that the Lions talisman isn’t suffering any adverse effects from his illness – and is seemingly ready if called upon to start against Barnsley on Saturday. 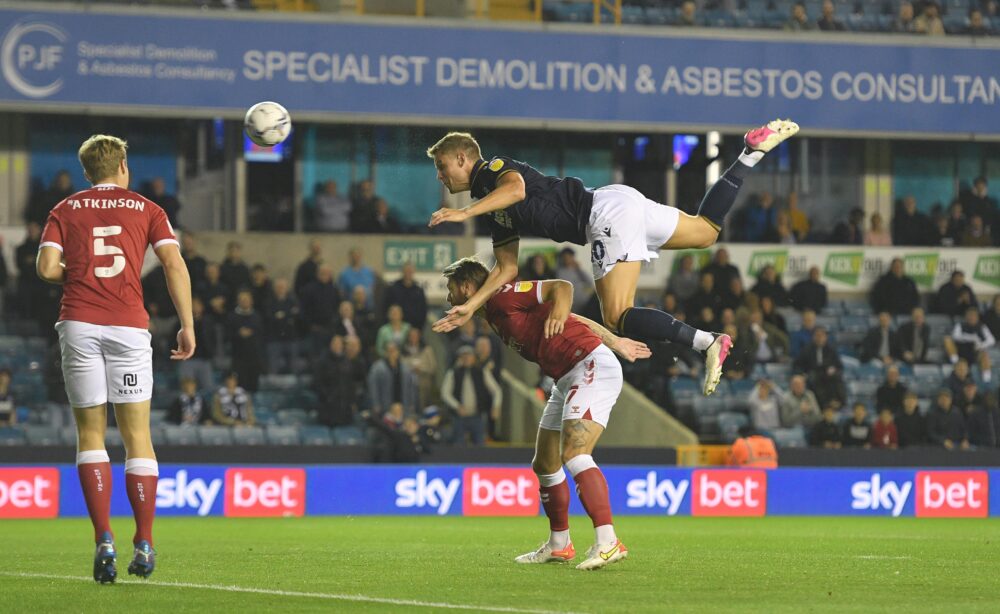 Smith made his third league start in a row for the Lions against Bristol City – a far cry from last season where he struggled to get a run in the side. But he was starved of any quality service again for the majority of Wednesday night despite having Afobe alongside him in an orthodox front two.
A teasing ball from Scott Malone in the early minutes of the game was probably the only sniff of a decent ball in he had all night.
Lions boss Rowett admitted after the match that he felt Smith deserved the nod ahead of a returning Wallace due to his first-team involvement over the past few games.  And he’ll have been more frustrated than anyone with the lack of quality ammunition that was afforded to the big striker.
Smith has shown before that he can be a real game-changer at this level – but on this occasion, his team-mates failed to give him the platform he needed to really deliver against one of his former clubs. 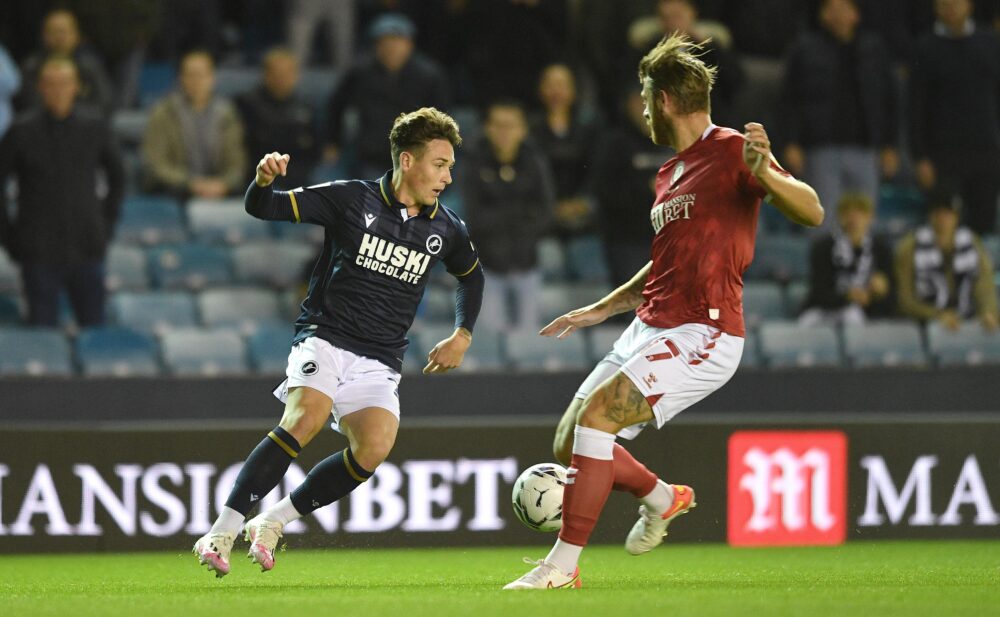 RETURN OF THE MAC

Millwall were boosted by the return of Danny McNamara on Wednesday night. The Lions academy graduate has been missing since the 2-1 defeat to Fulham with a groin injury. But the right wing-back slotted back into the side with ease, contributing effectively in both defence and attack in the 1-0 win over the Robins.
Ryan Leonard has performed admirably in McNamara’s absence, but the 22-year-old gives Millwall an extra dimension on that right flank.
Afobe also returned to the starting line-up, whilst Wallace returned from illness to make the bench.
Alex Pearce and Ben Thompson didn’t make the matchday 18 after his options increased.
For probably the first time this season, you could argue that Rowett was able to pick his first-choice side – albeit with Jake Cooper and Wallace on the bench for different reasons.
With only Mason Bennett and Connor Mahoney missing, this is the best shape Millwall have been in for some time. Now it’s on them to turn some of the recent draws into wins.

Shaun Hutchinson put in another massive defensive performance for Rowett’s side in SE16. It’s not a coincidence that the Lions recorded just their second clean sheet of the season by shutting out Bristol City on Wednesday night.
Hutchinson was rock-solid all night for Millwall and had veteran Robins striker Chris Martin in his pocket. He showed superb awareness to get Murray Wallace out of jail with a flying block after Wallace had misjudged a long ball over the top.
Hutchinson was dominant in the air all night and his tally of six clearances (alongside Wallace) was the highest amongst the Lions squad.
It certainly feels like the defensive stability that Millwall fans have grown used to, and arguably come to expect, over recent years is on the way back. It’s not a coincidence that Hutchinson’s return has coincided with that.