Millwall earned their eighth draw of the Championship season following a 1-1 draw at Middlesbrough yesterday. The home side were being led by Chris Wilder for the first time since he succeeded Neil Warnock as boss.

Millwall’s never-say-die attitude came through again though as Benik Afobe’s work was rewarded as his shot deflected off Sol Bamba and into the net.

Here are Alex Grace’s takeaways from the match.

Millwall have conceded some really poor goals this season, something we were not used to seeing last season. The Lions were always strong defensively and very rarely conceded headed goals – but more have started to creep in. The opening goal at the Riverside was such a poor one to concede. Watmore, who caused problems all afternoon, was the architect of it. His trickery left Daniel Ballard on his backside before a deflected cross landed perfectly on the head of Crooks.

LIONS’ BOUNCEBACKABILITY ONCE AGAIN COMES THROUGH

Millwall have certainly built up their resilience this season. It’s the sixth time in the league this season that the Lions have come from behind to earn something in a game – earning them 10 points. While you never want to fall behind in any game, knowing that you can turn it around and get something out of it will always fill the manager and the players with confidence and not fear falling behind. 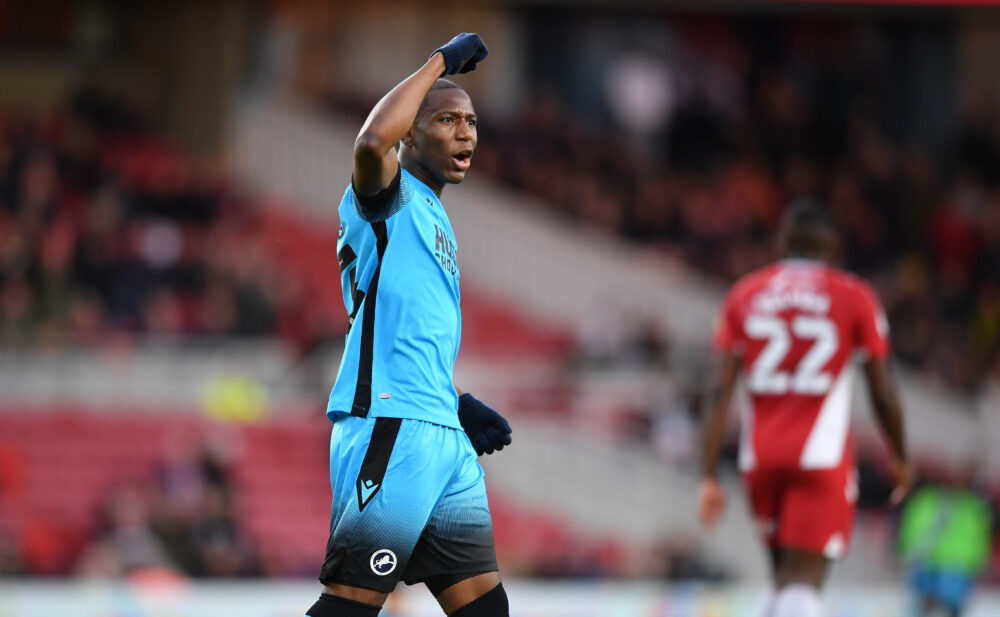 It was a big moment for Afobe.  It’s not been an easy start to his second spell at Millwall, who as a side have found goals hard to come by. The Stoke City loanee played a huge part in the equalising goal. It was his persistence in the box that forced the error from  Bamba. His best figures in a season are 13 goals in 21 appearances. He is very much a confidence player. He certainly needs to find a goal to get his lift his confidence – that will help him and the team.

The club’s back-to-back Player Of The Year winner made a number of brilliant saves in the first half when the Lions were really under the cosh. He made some superb stops from the likes of Crooks, Tavernier and Watmore. Millwall’s players certainly had their keeper to thank for getting them to the break on level terms. It wasn’t just his saves, it was the way he came out and claimed the ball and commanded his area. He was very important again in the second half. Although Boro’s threat did subside, he was still called into action a couple of times and made the saves superbly well.