Millwall recorded back to back away wins in the Championship for the first time this season as they struck late to secure all three points at Sheffield United.

There was good and bad news ahead of kick-off as Scott Malone returned to the side after missing the last two games through injury – one of three changes made by Gary Rowett. Danny McNamara, and Murray Wallace both missed out through injury with Tom Bradshaw replacing Benik Afobe, who was on the bench.

The Lions took the lead through a Jed Wallace screamer on 11 minutes but they were unable to make it to the break in the lead as  Malone fouled John Fleck and Billy Sharp scored the resulting spot-kick.

The Blades were reduced to 10 men in the second half when Morgan Gibbs-White was sent off for a second bookable offence. While the Lions huffed and  puffed they looked set to drop two points but Jake Cooper’s stoppage time thunderbolt earned all three points.

Here are Alex Grace’s four takeaways from the game:

JED DOES IT AGAIN

Where would Millwall be without Jed Wallace? It’s a question everyone knows the answer to, but no-one wants to hear. The Lions top-scorer notched his fifth goal of the season with a sublime strike from outside the box. If you only see the goal from the TV angle then you would think he has just hit a cross but misdirected it and it thankfully ended up in the net. However, he had tested the keeper in the opening exchanges and Robin Olson let the ball slip through his fingers from Wallace’s finish. Further angles and replays of the goal showed that Wallace checked the keeper’s position before he struck the ball in the shape of a shot rather than a cross. He was once again at the heart of everything good Millwall did.

Most of the goals that Millwall conceded in the opening part of the campaign were down to the team as a whole but in recent weeks it’s mistakes that are being made by individuals that are costing the side dear. Two sloppy errors against Luton cost two goals on Saturday and another dealt the Lions another problem in Sheffield. Malone was missing from Saturday’s reverse to the Hatters and made his comeback here – he will be disappointed with his decision to foul Fleck when the Blades midfielder was not going anywhere to trouble the defence or Bartosz Bialkowksi in the Millwall goal. These are mistakes that the Lions need to cut out if they are to challenge right at the top of the table. 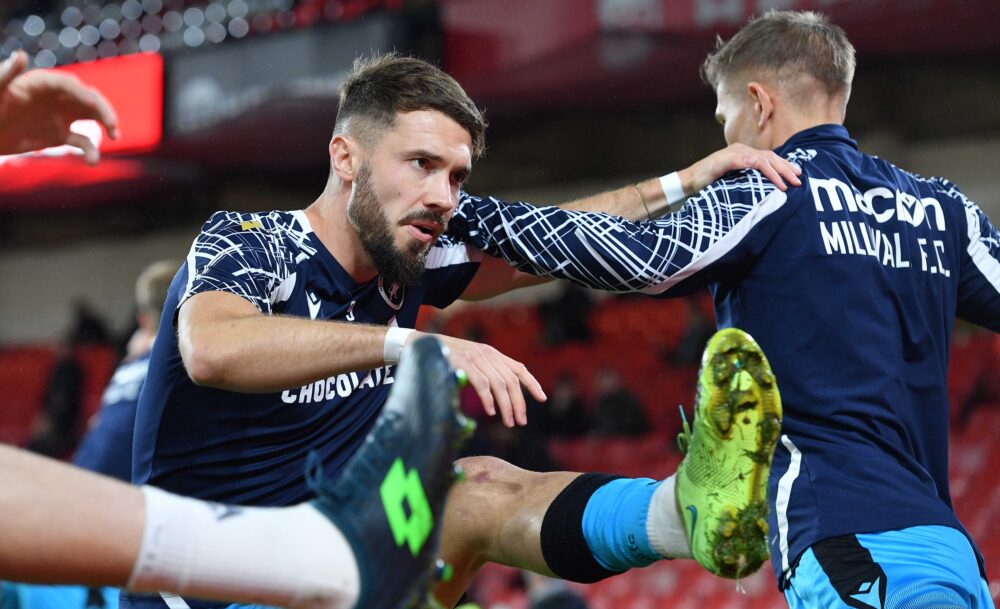 BRADSHAW GIVEN A RARE START

The former Barnsley man was Millwall’s record signing when he joined the club in the summer of 2019. It’s been a tough time for the striker since he arrived, but he has only found the net on 14 occasions and with his contract up at the end of the season he will soon run out of chances to earn a new one. In truth, service into him in Sheffield was not the best, so it would be harsh to blame him for not finding the net. Too many times this season the service into the striker has not been what it should be – that became even more evident in the latter stages of Tuesday’s game, even when Matt Smith was introduced. 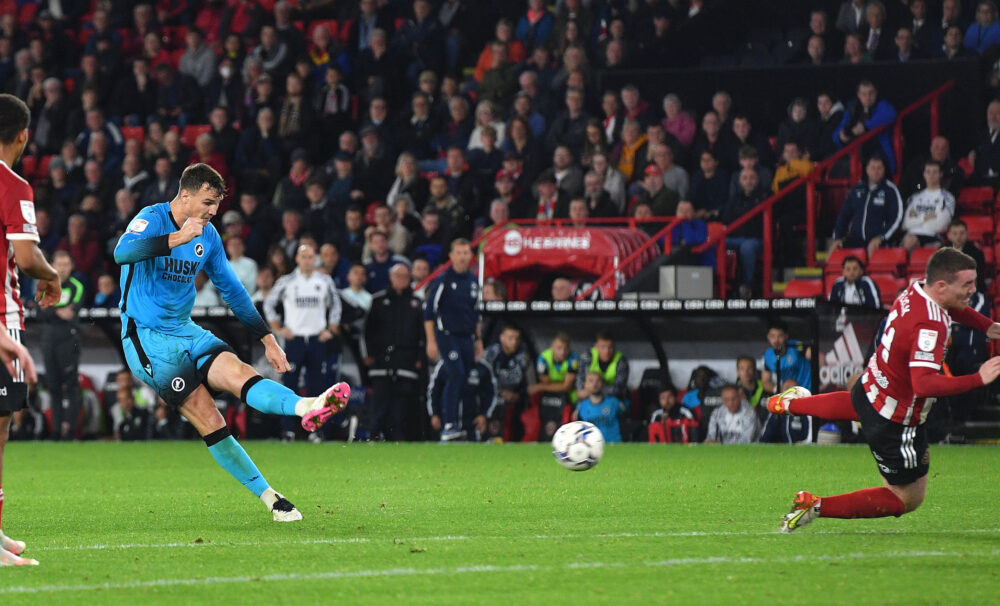 Cooper was the hero for Millwall and it’s not the first time that he’s come up trumps on Sheffield United territory. He scored the equaliser when the Lions last visited Bramall Lane in 2019 and he found his range from just outside the box and unleashed a powerful shot which nestled perfectly into the corner to send the travelling fans into raptures behind the goal. The scenes were very similar to those seen when the big defender equalised back in 2019 when the Lions were trapped in a relegation battle. It’s a second successive late win away from home that will certainly make the fans forget about the reverse to Luton last Saturday.