Millwall were knocked out of the EFL Cup after falling to a 2-0 defeat against the reigning FA Cup holders Leicester City last night.

The Lions were the better team in the first half but gave away a cheap goal to Ademola Lookman minutes after the break after Jake Cooper was caught in possession.

Kelechi Iheanacho wrapped the game up with a thumping finish in the 88th minute, catching the hosts out as Gary Rowett’s side pushed for an equaliser.

Here are Daniel Marsh’s four takeaways from the game. 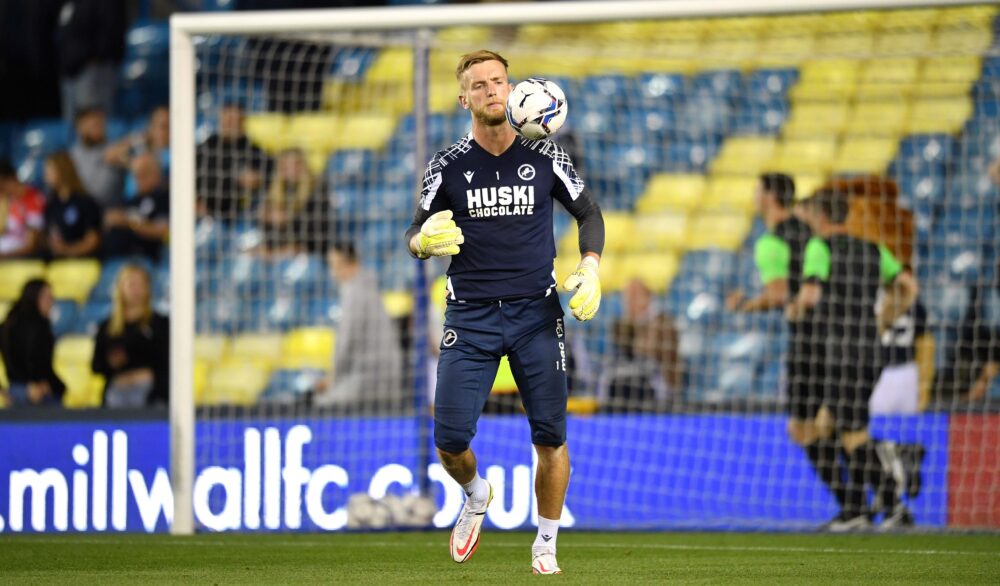 George Long was probably the only name that was a certainty to start the clash with Leicester following Gary Rowett’s previous comments. It’s probably safe to assume that Long would have expected to be far busier than he actually was against the Foxes.

He stood no chance with Iheanacho’s second goal and was a touch unfortunate that his save to deny the Nigerian striker for the opening goal fell kindly for Ademola Lookman rather than a Lions defender.

Bartosz Bialkowski has been a revelation since his arrival in SE16, winning back-to-back Player of the Year awards. But Long looks a cut above the Polish stopper when it comes to distribution – something which could give Rowett food for thought as the season progresses.

There’s no doubt that the number one shirt remains Bialkowski’s to lose, even after another competent display from Long.

But Long’s technical ability with his feet could add another dimension to the Lions’ play should he wrestle that spot away from his rival in the future. 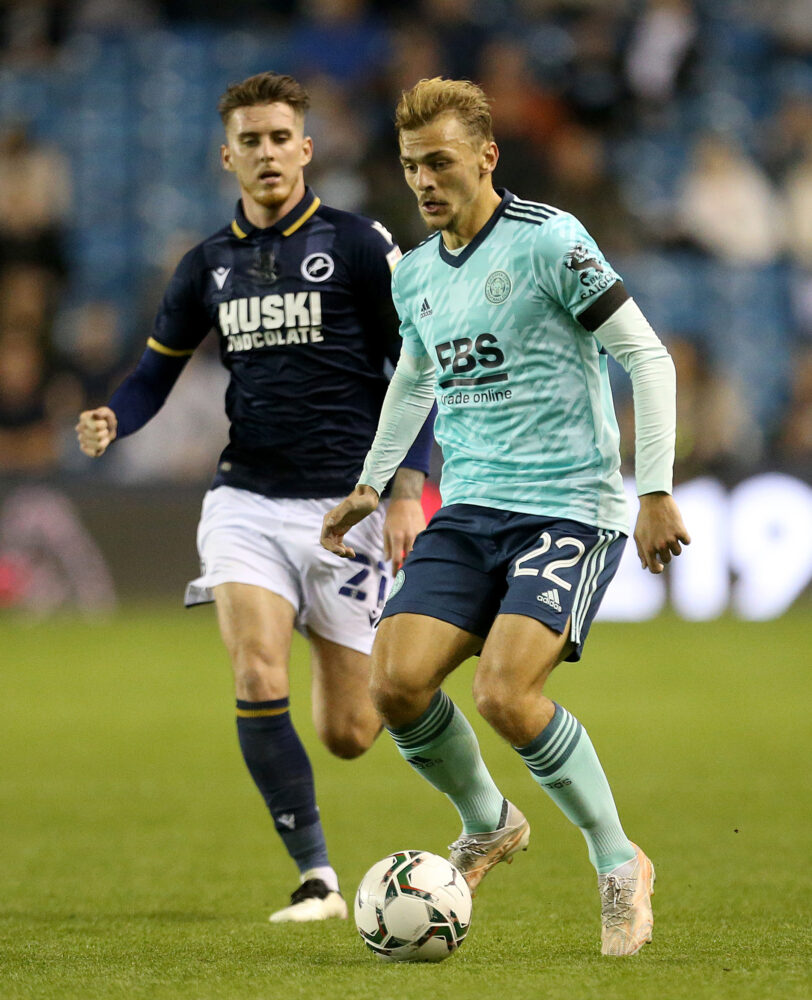 Connor Mahoney was handed a rare opportunity to impress in the absence of Lions talisman Jed Wallace. It wasn’t quite the last chance saloon, but it certainly felt like a big night for Mahoney – who has struggled to nail down a starting slot in Rowett’s side and is in the final 12 months of his Den deal. He certainly had his moments against Leicester, and he looked by far the most likely player to make something happen going forward for Millwall.

His teasing free-kick in the 76th minute somehow evaded a crowded penalty area when all it required was a touch for the Lions’ leveller.  Although it wasn’t quite Mahoney’s evening in terms of the outcome, the ex-Bournemouth winger did show glimpses of his quality – and that he can still salvage his Millwall career. 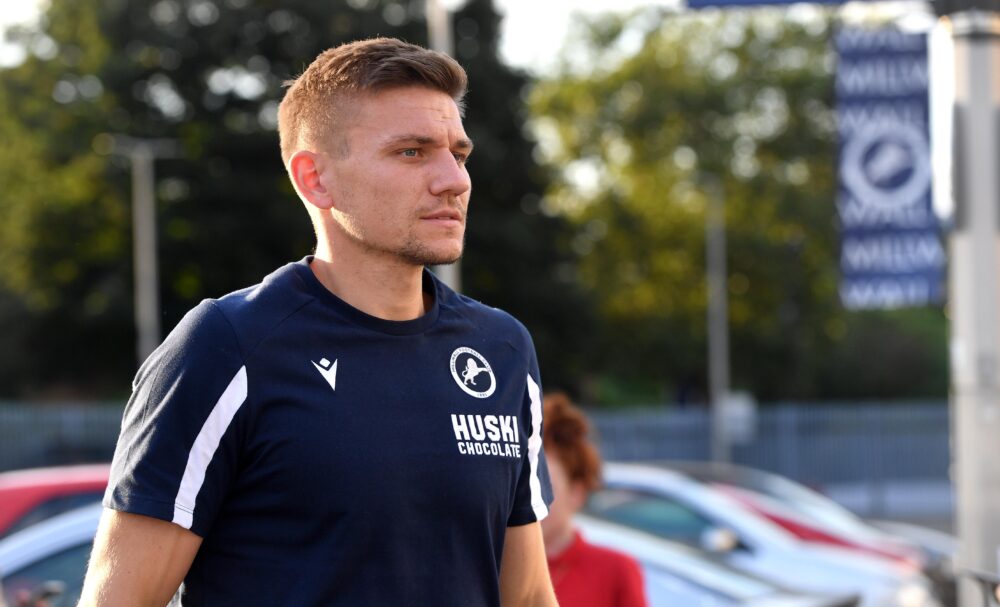 Shaun Hutchinson made his return from injury against the reigning FA Cup holders. The Lions have struggled defensively without their captain since he picked up a thigh strain last month – conceding 10 goals in the seven games.

The Lions certainly looked a lot more robust in the first half with Hutchinson at the back. He could do little about Iheanacho’s opening goal after Jake Cooper was caught in no-mans land. But Hutchinson coming through an hour action seemingly unscathed was probably the biggest plus of the night for Millwall. 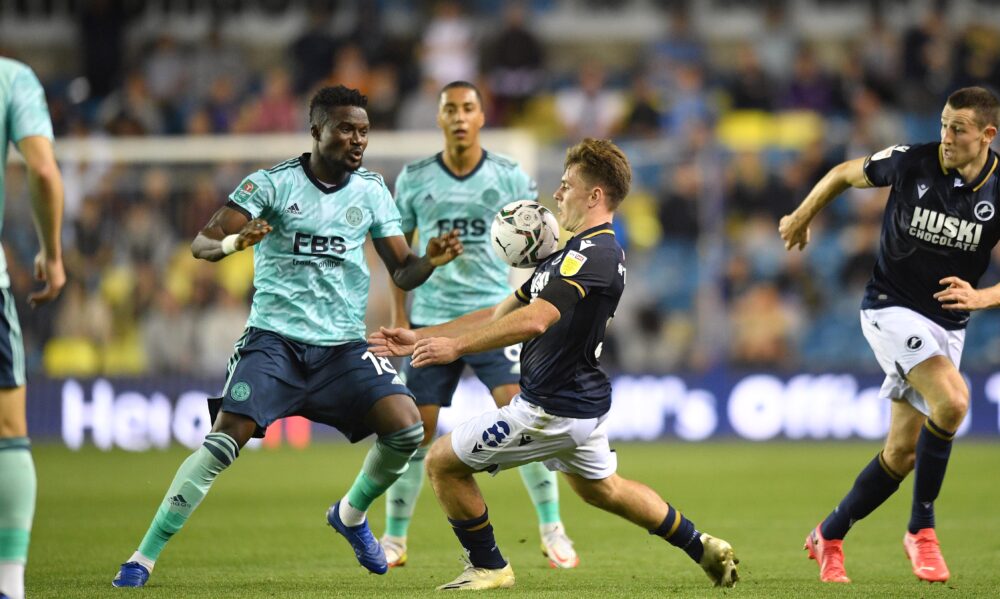 The Lions have been ravaged by injuries in the early weeks of the season – limiting Rowett’s options when it came to shuffling his pack for Leicester’s visit.

Ben Thompson filled in on the left-hand side of a front three, with Tom Bradshaw given another crack at leading the line for a Millwall side light on numbers in the attacking ranks.

If we’re being blunt, it’s unlikely either of those players are first choice in those areas.

Benik Afobe was at least fit enough to return to the bench, and the Lions ended the game with him, Bradshaw, Mahoney and Matt Smith all trying to drag Millwall back into the game in a set-up which at times bordered on a 4-2-4 shape.

Rowett has been criticised previously by fans for his substitutions. But he could hardly have done more with the options available to him to try and wrestle the game back into the Lions favour after giving a cheap goal away so early in the second half.