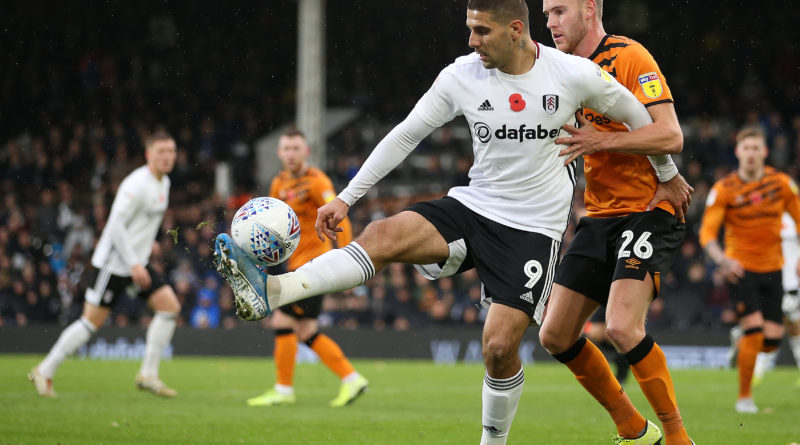 Fulham missed the chance to move into the Championship’s top six after Hull City produced the perfect smash and grab performance to win 3-0 at Craven Cottage this afternoon.

The Whites came into the game on the back of a 3-2 home win against Luton, followed by a gritty 0-0 draw at Middlesbrough, a point made all the more valuable after the sending off of goalkeeper Marek Rodak.

But despite dominating the ball for large chunks of this game, Fulham were caught out by a trio of sucker punches from the Tigers, first from former Whites academy player Josh Bowler then, as Fulham pushed for an equaliser in the second half, from Jarrod Bowen, one of the division’s brightest prospects, who notched his tenth of the season. Substitute Tom Eaves rounded off the scoring with seven minutes to go.

The game started badly for the home side when Joe Bryan was forced off after just three minutes, replaced by Maxime Le Marchand after a nasty looking injury in the opening seconds.

Hull, coming into the game on the back of victories against Nottingham Forest and Derby, were quicker out of the traps, Kamil Grosicki’s left-footed shot stinging the hands of Bettinelli after just four minutes.

And barely five minutes later the visitors were ahead, Calum Elder’s cross from the left was well controlled by Bowler, on a season-long loan from Everton, and lashed past Bettinelli in an instant, sending the travelling fans wild in the rain.

Fulham rallied, and Tim Ream should have done better when played in down the Hull right, shooting wide of George Long’s goal.

Then Ivan  Cavaleiro’s ball found Johansen on the right edge of the Hull box. Johansen helped the ball on to Aleksandar Mitrovic but the striker’s tame effort was easily held by Long.

Soon after good link-up play between Mitrovic and Tom Cairney in the centre of the park released Cavaleiro down the left, but again the effort was wide of the left-hand post.

There were further efforts from Mitrovic and Denis Odoi for Fulham, before the former headed Fulham’s best chance of the half wide when free in the centre of the box bang on half-time.

And the home side were to rue their succession of missed chances in the first half. Despite starting the second period on the front foot, they were hit on the break by Hull on 56 minutes.

Bowen latched on to a long ball from Jackson Irvine, turned Alfie Mawson one way then the other, and planted a right-footed shot into the bottom left of Bettinelli’s goal for his 10th of the season. The striker notched 15 goals in 2017-18, 20 last year and is on target to beat that once again this term.

Fulham huffed and puffed, but the second goal had proved the killer, and as the Whites threw more bodies forward, Hull rubbed salt into the wounds by adding a third on 83 minutes.

Clean through on goal, Bowen’s shot was saved by Bettinelli, but as Eaves tried to control the rebound it bounced comically off his shin and rolled apologetically into the net. Game over.

Fulham were one of the favourites to bounce straight back to the Premier League after last season’s relegation, but they remain in eighth place, five points off the automatic promotion spots, and there is much for Parker to ponder.