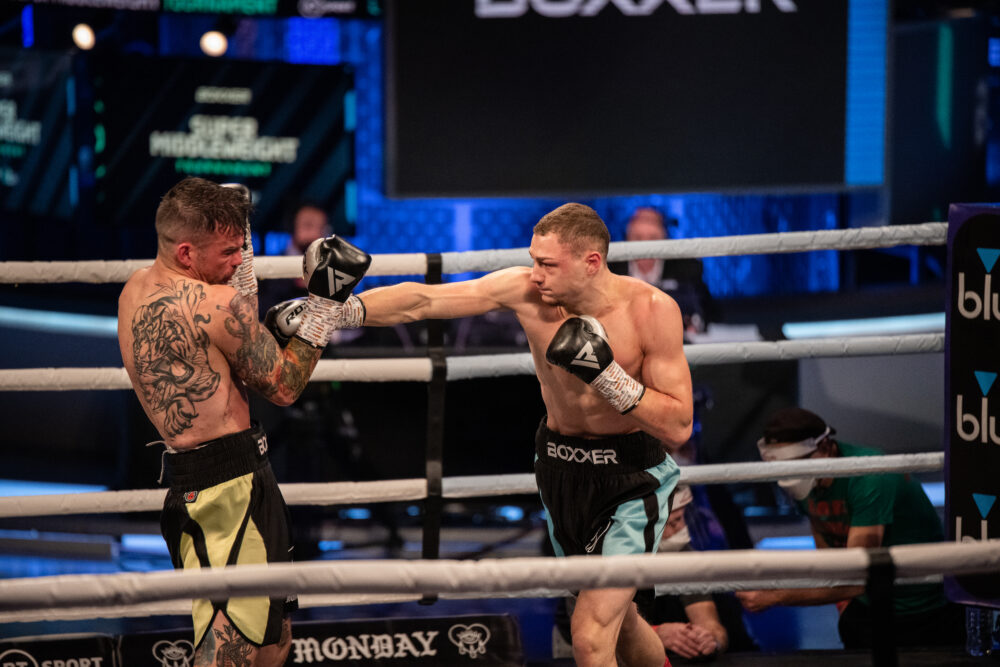 “They were all undefeated fighters and I like to take their ‘0’,” said Chelli, whose record moves to 9-1-1.
“I don’t believe the tournament was a risk – a fighter has got to fight anyone to be the best.
“Now I want a European title, British title – any title.”
Chelli, 22, was the youngest fighter in the tournament and proved too energetic and technical for the 35-year-old McGoldrick, scoring three knockdowns via raking right hands and savage body shots before referee Bob Williams called the fight off at 1:31 of the second round.
In the show starter, Shepherds Bush cruiser Mikael ‘Lethal’ Lawal (13-0) stretched his unbeaten streak by whitewashing seasoned Willesden fight vet Ossie Jervier (6-14) over six rounds. Referee Kieran McCann scored it 60-54.