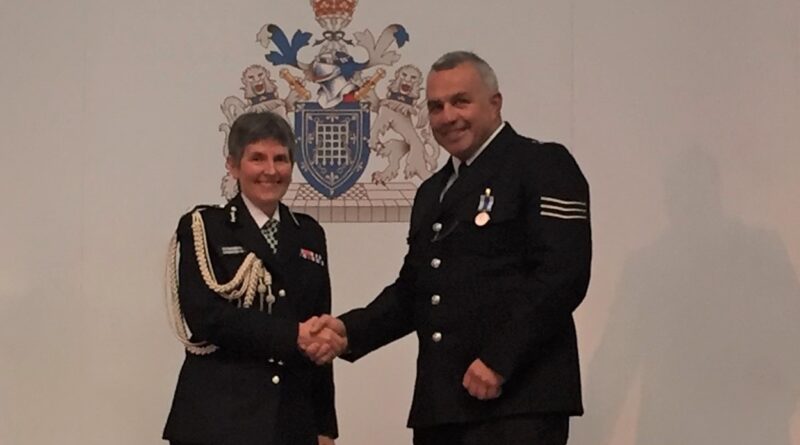 A fund has been set up in memory of Sergeant Matt Ratana, shot dead at Croydon police station on Friday, to pay for positive projects in the community he loved.

The fund has been set up and will be run by the Metropolitan Police Hayes Sports Club, known as The Warren, where Matt was a regular visitor.

It follows the day after Matt’s girlfriend paid tribute to the brave and loving man in her life.

Su Bushby praised the 54-year-old’s courage and love in a moving statement issued by the Metropolitan Police today.

She said: “There aren’t really any words for how I am feeling right now about the loss of Matt; about losing someone I loved and was so close to in such a tragic manner.

“I know Matt touched many, many people’s lives with his friendliness, patience, kindness, enthusiasm and caring ways.

“I had the pleasure of sharing five years of my life with this lovely man – my gentle giant, with his infectious smile and big heart. I think of him with tenderness and love.

“Matt was my partner, friend, confidant, support and soul mate.

“He will be greatly missed but never forgotten. Matt will always be in my head and in my heart.”

A statement on the justgiving page set up in his memory said: “As a colleague, he was big in stature and big-hearted, a friendly, capable police officer. A lovely man, highly respected by officers and staff, and by the public, including suspects he arrested or dealt with in custody.

“He was very well known locally and will be remembered so fondly in Croydon, as well as in the Met, the rugby world and as a regular visitor to The Metropolitan Police Hayes Sports Club or affectionately known as The Warren.”

The first anonymous donor said: “My heart goes out to all those who knew Matt. Your loss reverberates around the Met, policing and far beyond.”

Ratana was first posted to Charing Cross as a constable on the streets of the West End and Westminster in various roles. Later, he worked with the Territorial Support Group and in Hillingdon.

In all, he had nearly 30 years spent as an uniformed officer serving the public of London.

He was originally from Hawke’s Bay, New Zealand, where he developed a passion for rugby.

After Otago University, he came to London in 1989 and played for London Irish. He was a leader in his sport, well known as a player in several teams including the Metropolitan Police, and as a coach, most recently at East Grinstead.

To donate, go to: https://www.justgiving.com/crowdfunding/matt-ratana

Pictured: Sgt Matt Ratana receiving his Long Service and Good Conduct Medal from the Commissioner Cressida Dick on 31 May 2017