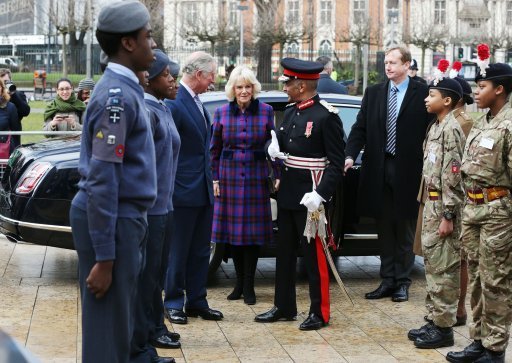 The UK’s largest archives dedicated to the history of black people in Britain will be given a £200,000 cash boost by the government to keep it going until long-term funding can be found.
A cash injection from the Department for Digital, Culture, Media and Sport (DCMS) will secure its immediate future, Culture Secretary Jeremy Wright announced today.
The Black Cultural Archives, which helps preserve and celebrate the diverse cultural heritage of Britain, was facing long-term funding challenges.
But the funding from DCMS, building on a separate grant from Lambeth council, will ensure the archives can remain open while a long-term solution can be found.
The funding is recognition of the important role the archives, based in Windrush Square, Brixton, play in preserving and promoting the histories of African and Caribbean people in Britain.
It builds on previous Heritage Lottery Funding of more than £4 million since 2014, which has enabled the Black Cultural Archives to develop the UK’s first dedicated Black Heritage Centre.
DCMS will also support the centre to extend their national reach. The Department will work with other organisations to identify a range of support and funding options to help the Black Cultural Archives to develop.
Culture Secretary Jeremy Wright said: “The Black Cultural Archives does incredibly important work in preserving and promoting the history of African and Caribbean communities in the UK.
“This £200,000 funding is a crucial step in securing its future. We are working closely with the BCA to put it on a long-term sustainable footing so that it can continue to educate the public and celebrate black history in Britain.”
Founded in 1981, the BCA documents the lives of black British people from the Roman period to the present day and are an important resource for supporting the community and promoting the teaching, learning and understanding of the contribution that African and Caribbean people have made to our society.
Most recently the archives have supported the Government marking 70 years since HMS Windrush’s arrival at the Port of Tilbury in Britain.
BCA lost two-thirds of its income when Heritage Lottery funding ended this year.
More than 100 MPs – including Labour leader Jeremy Corbyn, Lib Dem leader Sir Vince Cable and two Conservatives – wrote to Mr Wright last month urging him to avert the centre’s crisis.
The campaign to save it was led by Streatham MP Chuka Umunna and Dulwich & West Norwood MP Helen Hayes, who said: “I’m delighted that the Culture Secretary has responded to our campaign to save Black Cultural Archives and confirmed a £200,000 short-term cash boost.
“This money will provide a short-term stop gap while we work together to find a firm long-term funding solution.
“The Black Cultural Archives are a national institution and it is crucial that we secure sustainable funding in perpetuity so future generations can access and celebrate Britain’s African and Caribbean heritage.”
Mr Corbyn has also issued a statement backing proper funding for the 38-year-old museum, which has been in its new £7million home, the Grade-II listed Raleigh Hall, since 2014 and was visited by Prince Charles and the Duchess of Cornwall as recently as February last year, pictured.