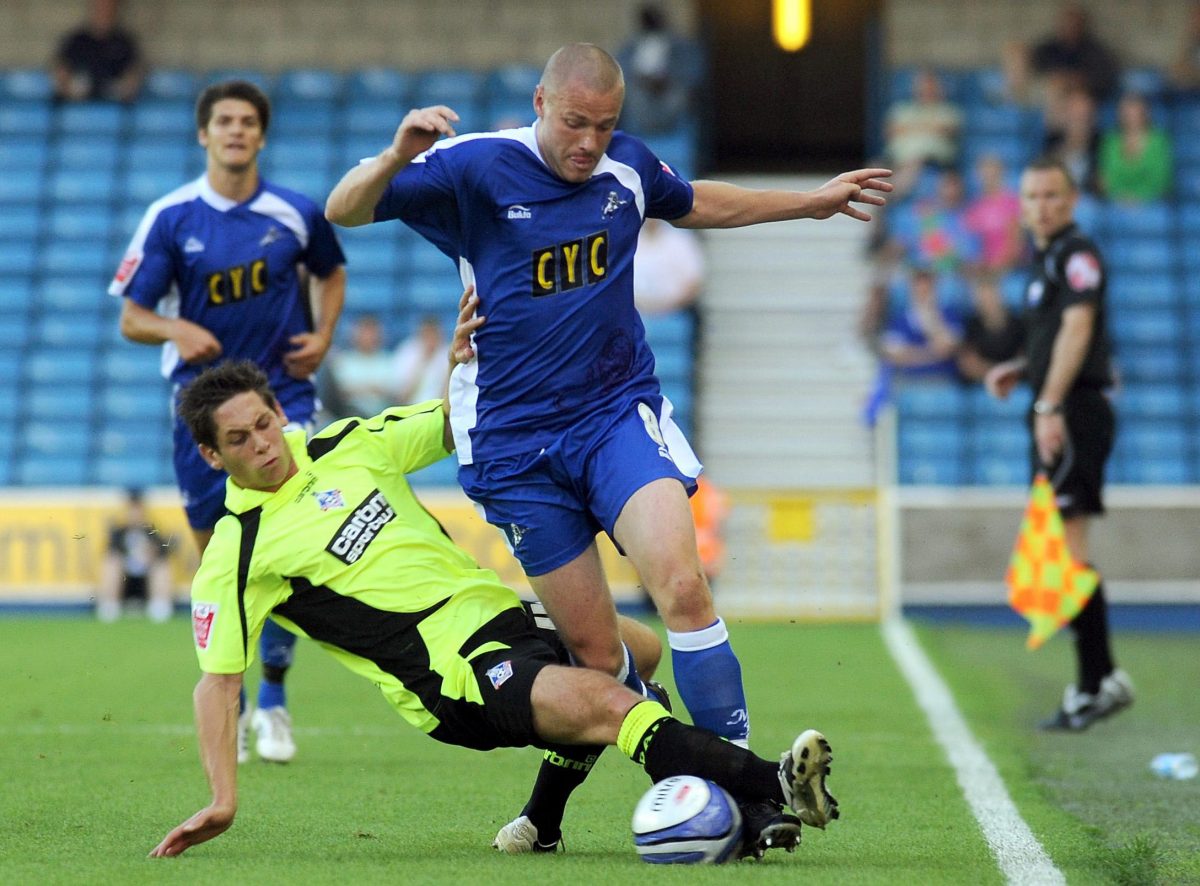 Gary Alexander is rooting for Millwall to set a new club record for away league wins – even though he was a part of the side which had previously recorded their best victory sequence on the road.

The former striker, born in Lambeth, played for his boyhood club for three years until he left for Brentford in 2010.

And Alexander, 38, did not even know that the Lions’ run of victories in the 2008-09 campaign in League One – which ended with play-off final defeat to Scunthorpe – had a place in the record books.

Now there is a chance that Millwall’s current crop can surpass that total with a seventh straight Championship win when they travel to Ipswich Town on Easter Monday.

“To be honest I wasn’t aware of the record we had under Kenny Jackett,” said Alexander. “I knew we went on a great run.

“As a player you don’t pay too much notice to the statistics – that is something for the historians and the media.

“To win six in a row in the league is fantastic. Hopefully they go and beat that record, because it is there to be broken. I want them to do it because it means that their great run continues.

“It is something I 100 per cent want to happen. Millwall is a club I care about. Neil Harris has spoken about how he would like his all-time scoring record to be broken, because that means we would have a cracking player on our hands and that could lead to promotion and a hell of a lot of money.”

Harris is only the second man to enjoy Millwall promotion as both a boss and as a player, the other being Billy Gray.

Harris was also in Jackett’s squad just under a decade ago and scored a 10-minute hat-trick at Hartlepool in March 2009 – the fifth win in that away victory run.

But now he will be at the managerial helm as his Lions side aim to make history at Portman Road.

Alexander, who stepped down as Greenwich Borough boss earlier this season to move to Ashford United, is often at the South London club’s Calmont Road training ground.

“I’ve been able to get to a few Friday night games and I’m hoping to do the Forest game on Good Friday,” said Alexander. “The club need to close the gap from four points and that is not easy with the games they have to play. Lose one and that gap can drift to seven points.

“But their confidence is high. They have beaten some cracking teams along the way and some massive budgets. They have earned the right to be where they are. They have got something to aim for.

“I speak to Neil a lot and he had an initial target of 50 points – anything over was a bonus. He was still saying that when they were sitting on 48 points with something like 15 games to go. They are playing without any pressure. No matter what happens it has been a fantastic season.

“This is an incredible run, considering the start they got off to.”

Alexander has been part of winning changing rooms during a professional career that saw him amass more than 500 matches.

“Everything becomes different,” he said. “Everyone around the place is a lot happier. The fans back you, you turn up to training with smiles on your faces – the training can be fun. It’s that old cliche that winning breeds confidence.

“Neil was always big on team spirit as a player and he wants a happy camp as a manager.

“I’m sure it will be a massive crowd for the Forest game. There is no better place for a home player to play then The Den when it is fully behind you. I’ve gone there as an away player and it isn’t nice.”

Bettering the club’s away record will pale into insignificance if Millwall do manage to reach the Premier League.

“I think it is tough – but we can all dream,” said Alexander. “We are in with a chance and while that is mathematically possible then you still have to believe.”