Gary Rowett felt his Millwall defence coped comfortably with the aerial challenges that Derby posed them on Saturday.

And Millwall’s five-man defence – with former Rams centre-back Alex Pearce captaining the visitors – repelled everything thrown at them.

Rowett – a former Derby player and manager – said: “We’ve got a back five that are learning the system. They looked fairly comfortable in the system.

“What you’ve got is three big, strong aggressive centre-halves. I think Phillip Cocu mentioned they went too direct. Listen, if a team goes direct against us – and puts balls in the box – then ultimately we’re very, very good at defending them because it is part of our strength.

“In some ways that’s why the system works so well. You concede a little bit of space out wide at times but we know that we’re strong when the ball comes in from those areas. 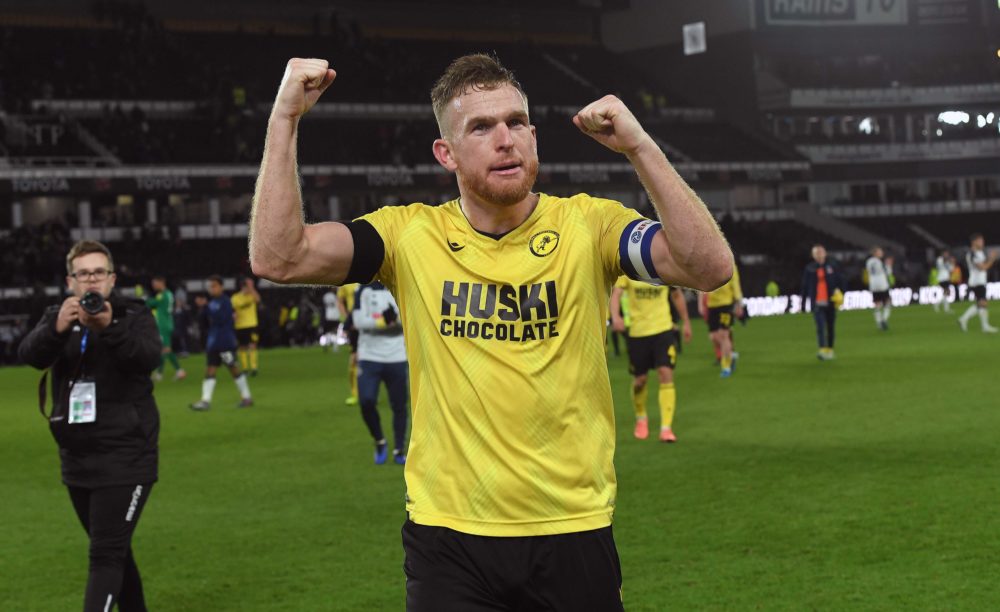 “They did it really well at the weekend. I’d like to see us tested a little more when we’ve got the ball higher up the pitch and we lose it – when maybe there is a bit more space.

“It’s a lot easier to defend in tight areas. But what we did, we did it really well at the weekend.”

Derby midfielder Duane Holmes launched a number of long throws into the Lions box which were cleared – particularly in the first half.

Rowett said: “We had a bit of a clue because of the comments after Sheffield Wednesday were that second half they had a little more intensity about their play – a little more urgency.

“We always knew they’d maybe come after us a little more aggressively than they normally would.

“Whether that was part of that, I’m not sure, but long throws into our box shouldn’t be a huge problem for us. It’s probably easier for us to deal with that than their good players causing problems in little pockets and holes that we can’t cover.

“I was pleased with the defensive performance. Just on the ball we didn’t have the fluidity on the ball but it’s something we’ll try to get better at.”