Gary Rowett praised Millwall’s determination and patience after they salvaged a deserved point from their game at Bournemouth.

Having fallen behind to Dominic Solanke’s goal at the end of a first half dominated by the Lions, Rowett’s side finally found an equaliser 11 minutes from time when substitute Matt Smith prodded home.

And while stopping short of saying he was disappointed not to be leaving the South Coast with a third successive away win, Rowett felt his side more than matched their star-studded opponents.

“The [Bournemouth] goal came about after a 10-minute spell where we were really starting to open them up on the counter,” he said. “At that point, it’s a horrible feeling because you’ve played well and you’re going in 1-0 down.

“The danger as a manager is that you feel you have to chase the game but you don’t want to open up too much and leave yourself with good players finding space. 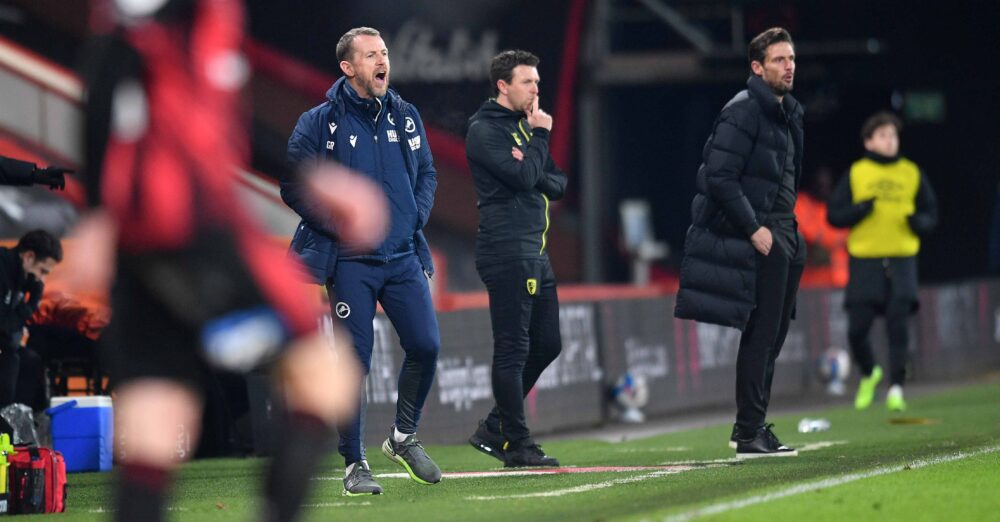 “The character of the team has been questioned at times over the last 12 games, but I think certainly recently it’s been a lot better.

“We knew it was going to be a difficult game. You’re coming to, in my opinion, a Premier League-quality team. They move the ball so well and they’re so incisive with the likes of [David] Brooks and [Lewis] Cook, who just find little pockets, and with [Dominic] Solanke – that pace and penetration up front.

“If you’re looking at control of the ball and control of possession then Bournemouth dominated the game, but it’s not just about that. I think we controlled Bournemouth, to a certain degree, out of possession and we’ve had double the amount of shots and chances on goal.

“I’m not going to say we should’ve definitely won the game because that would be a little bit remiss of me, but certainly if we would’ve had a little bit more quality then we would’ve scored more than one goal.” 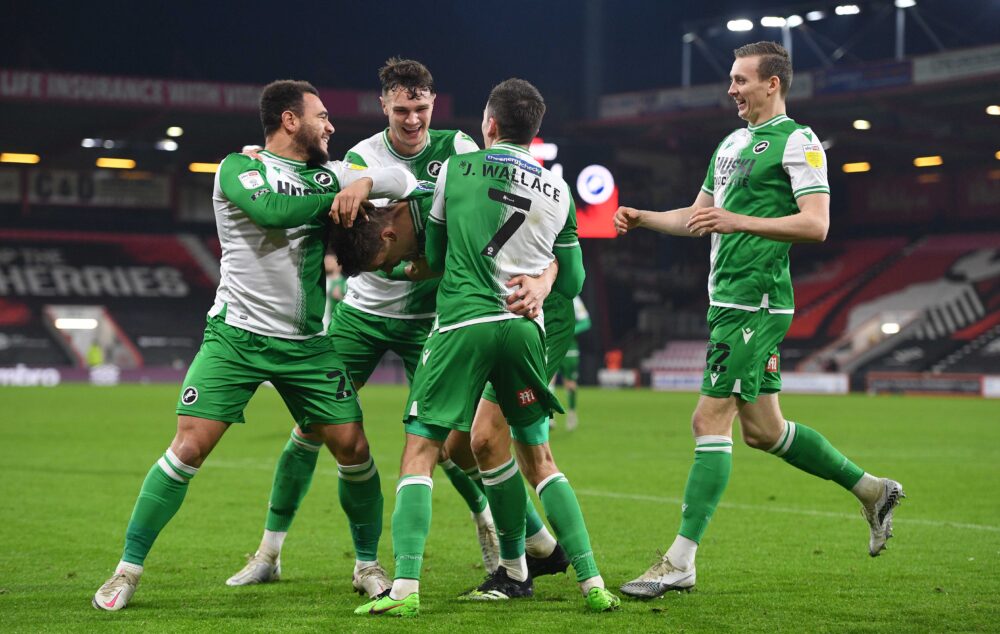 Smith’s goal came within seconds of him coming on as part of a triple substitution 12 minutes from time, but Rowett refused to take credit for the frontman’s immediate impact.

“I didn’t quite think the substitution would work as well as it did so I’m not going to stand here and profess to be a genius!” he said.

“In fact, I started complaining because I couldn’t believe that Smudge didn’t go for the first header but actually went and stood 20 yards away. I was like ‘what is he doing? Just go and hit Smudge – that’s what he’s good at!’

“He showed a goalscoring instinct and showed that you don’t need to be lightning-quick to know where the ball’s going to land and anticipate it. It was an excellent finish.

“He’s been brilliant for us. It’s just that, when I play 5-2-3, it’s really, really difficult to play him in that number nine position. I think that’s hard for him because I think he’s too good a player not to be starting, but unfortunately in that formation he has to come on and impact the game for us.

“He’s a great lad, a great character and we’re lucky to have him.”