Gary Rowett was disappointed with Millwall’s first-half performance against Wigan.

The Lions lost 1-0 at the DW Stadium thanks to Shaun Hutchinson’s own goal after 57 minutes.

“First half I was just waiting for our performance to get started,” said the Millwall chief.

The Lions only managed one shot on target as Wigan looked the more threatening of the two sides.

“To come here on the back of two good performances, home to Fulham and away to Preston, it’s been symptomatic of one or two games where we seem to be able to lift our game for the teams at the upper end of the division and perhaps we don’t seem to have quite the right mentality in these types of games,” said Rowett. 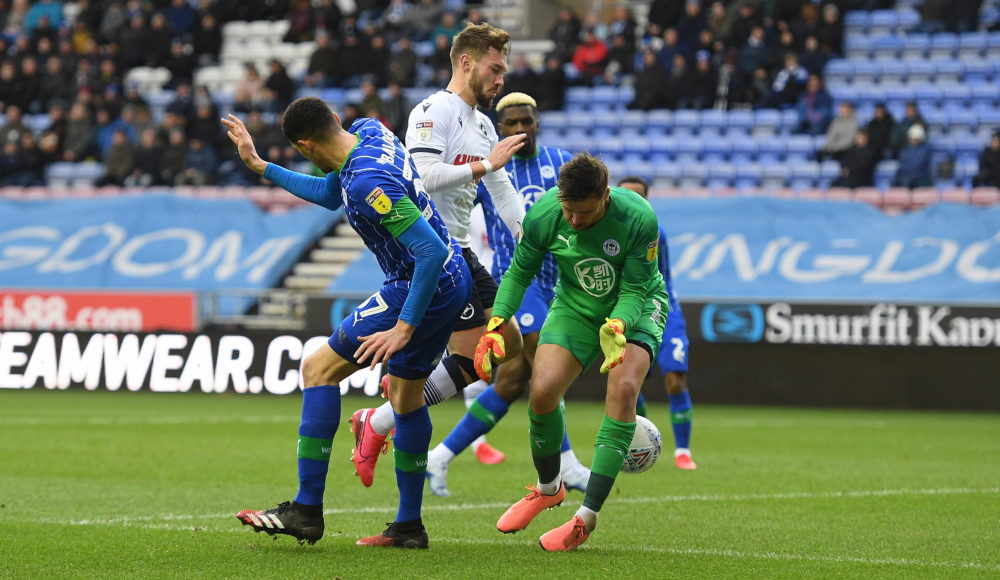 Asked why he felt Millwall struggle against the teams in the lower reaches of the table, he responded: “It’s fairly straight forward – when you’re playing against teams that are technically better than you it means know you have to defend well. You know you have to get your shape, you know you’ve got to be at it.

“Then, when you’re playing teams of a similar ilk, like Barnsley or Wigan, you have to try and make the running and make the game happen.

“If you looked at the Preston performance we were forceful, we were running forward, we outran Preston and not many teams do that.

“Today we just looked like we were waiting for the game, I didn’t see anyone burst forward with any real intent and that was the frustration for me.”

“The question I’ve asked the players is: ‘Are we happy with where we are? Are we happy with mid-table?’ They’ve worked incredibly hard to get us into this position but for me that’s not enough – we have to work a bit harder to have a bit more ambition than what we had today.”