George Lapslie has already enjoyed academic success this season – but there is one other test he wants to pass on the footballing pitch.

The midfielder graduated with a sports science and coaching degree in October. Now the  22-year-old midfielder is determined to play his part in Charlton Athletic securing Championship status for next season.

Addicks manager Lee Bowyer held a meeting on Monday morning in which opinions were aired after Saturday’s 4-0 loss at Huddersfield Town. Tomorrow’s home game against Middlesbrough, in the final drop spot, is the proverbial six-pointer.

Next after that is a journey up to Hull City, whose form has gone off a cliff since the January exits of Kamil Grosicki and Josh Bowen.

“These are the big-stakes games,” said Lapslie. “We were having a discussion about whether there is more pressure now, trying to stay up, or trying to get up last season. I definitely feel there is a bit more in this scenario but you have got to relish it.

“You also need to try not to think too much, because if you start thinking about that then you are not focusing on what you’ve got to do on the pitch. 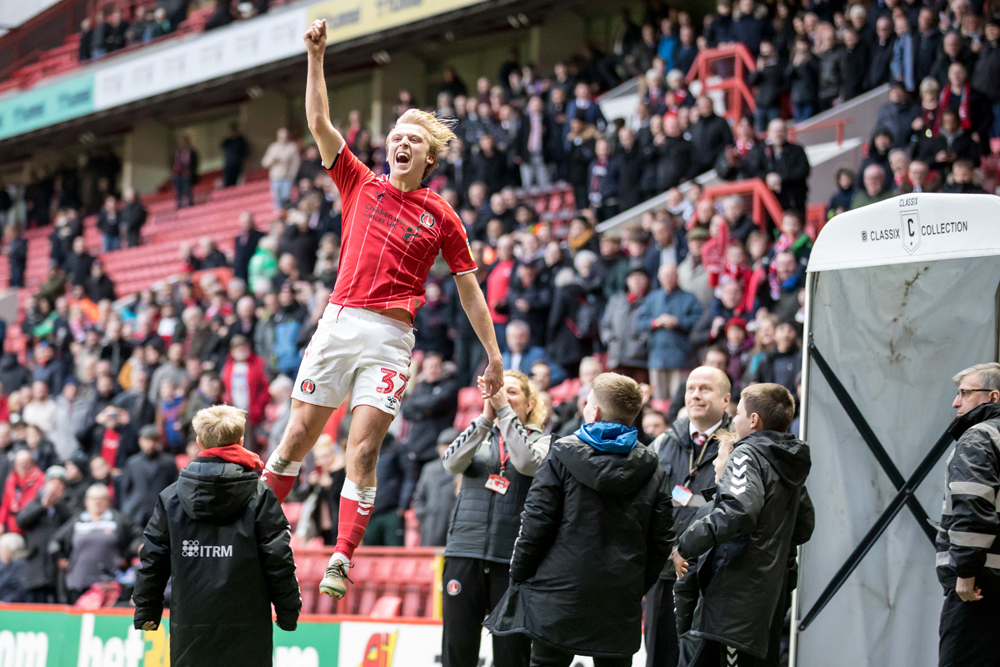 “It is 11v11 – whoever comes to the Valley we back ourselves to go for the win.

“We had a meeting on Monday and watched back large parts of the game – where we could improve along with bits we did well, there weren’t really enough of those which is reflected in the scoreline.

“The manager brought us together and asked what we thought. It wasn’t calling anyone out, just a conversation about what we’re going to do to put it right. Senior boys like [Jason] Pearce and Prats [Darren Pratley] stepped up and said what they thought.

“Don’t get me wrong, everyone’s attitude was that it [Huddersfield] wasn’t good enough but we have got to put that behind us because we’ve got two massive games coming up.

“I went to analysis and watched a few bits back but training on the Tuesday was good – everyone was at it and we want that to carry through until the weekend.

“It is about what is going to happen on Saturday now.”

Middlesbrough were set to climb above Charlton on Monday night before Lewis Grabban bagged a late leveller for Nottingham Forest.

An eighth home league win of the campaign would move the South Londoners four points clear of 22nd  place and restore at least a little bit of breathing space.

Lapslie said: “There is no getting away from it that this is a huge match. It is these type of matches which will decide our season really.

“You can see how tight it is at the bottom of the league – if we get back-to-back wins it will look a lot more comfortable but we’ve got to go and do that.”

Lapslie is one of 12 Charlton players taking their UEFA B license – Lewis Page the one who instigated a group booking for the PFA.

They are doing coaching sessions with the Addicks’ academy.

In the future Lapslie has plans to go into management with his older brother Tom, a professional at Colchester United.

“If I felt that coaching was affecting my game in a negative way I wouldn’t do it,” said Lapslie.

“Definitely my aspirations after playing is to be a coach – doing the training sessions rather than being an actual manager.

“We’ve always said we would go into it together. He [Tom] has no interest in the coaching side – he wants to be the manager making decisions.

“Initially Lewis had about eight of us on a list but others jumped in.”