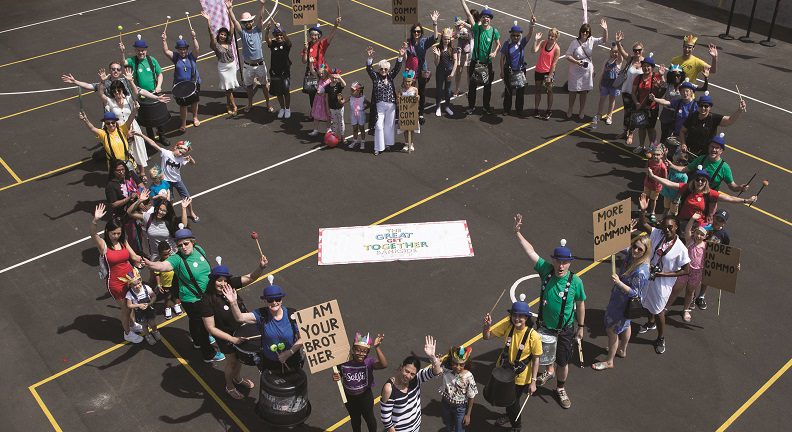 Thousands of residents turned out in South London in memory of murdered MP Jo Cox.

Bankside hosted one of the largest Great Get Together events in the country on Sunday for an all-day street party inspired by the MP who was murdered in her constituency in 2016.

The Southwark event, organised by the Bankside Open Spaces Trust, was part of a countrywide initiative which looks to celebrate Mrs Cox’s life and achievements.

Kim Leadbeater, Jo Cox’s sister, said: “I was thrilled to see what a huge success the Bankside Great Get Together was.

“I was lucky enough to visit the site a number of times earlier this year and hear first-hand all the amazing activities that were being planned.

“So I never had any doubt that it would be one of the biggest and best of the gatherings around the country, and it was.”

Children from Sunnyhill Primary School in Sunnyhill Road, Streatham combined the Great Get Together celebrations with a commemoration of 70 years since Windrush.

The theme for the day was “We have more in common than that which divides us”, a quote from Jo Cox’s maiden speech in the House of Commons.

The school steel band played while the kids enjoyed a picnic. The pupils were also given a Windrush 70 pin badge from Lambeth town hall before they recited John Agard’s poem, Windrush Child.

Andi Vowers, a teacher at the school, said: “The Sunnyhill spirit shone through as we picnicked in the sunshine with our local community.

“A big thank you to everyone who came along, participated and made it a truly memorable day.”

Mrs Cox, a Labour MP, was shot and stabbed multiple times in Birstall, Leicestershire where she had been due to hold a constituency surgery.

Thomas Mair, who held far-right views, was found guilty of her murder and sentenced to life imprisonment.