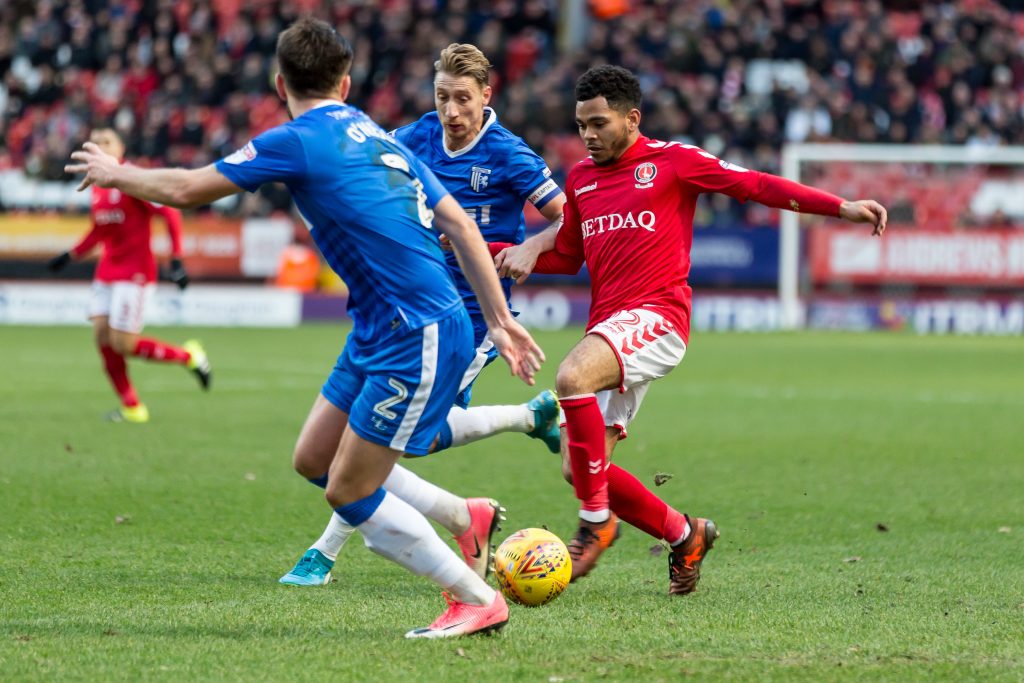 Gillingham boss Steve Lovell reckons his tactic of exploiting space left by Charlton’s attacking full-backs paid off during yesterday’s 2-1 win at The Valley.

Tom Eaves and Josh Parker netted for the Kent club as they kicked off 2018 with a big victory in SE7.

And Lovell says he spotted a tactical opening which paid dividends.

“I’ve watched them the last two or three games at home,” said Lovell. “I was here for Blackpool in particular and the two full-backs just bombed on – and that leaves space.

“We worked on it with our centre-forwards – whenever they are in possession going forward we get in the little holes between the centre-halves and the wide areas. That’s where we got our goals.

“I could’ve played Conor Wilkinson up front today but I wanted to play Tom and Josh because they can run, they are runners. Let’s exploit that. It couldn’t have worked out any better in the first half when we got the first two goals.”