Tooting born superbike racer Gino Rea had a good but frustrating weekend at round eight of the British Superbike Championship at Silverstone, finishing off the podium despite a pole position and leading two races.

Continuing his form from Snetterton, Rea put his Buildbase Suzuki fourth on the grid for the first race of the weekend on the Saturday, 0.259 seconds off the pole time set by the McAMS Yamaha of championship leader, Jason O’Halloran.

Off the lights and Rea made it into third by the first corner, improving to second by the end of the lap, just off the back wheel of the Ducati of Tommy Bridewell.

Only two laps in and four riders went down, bringing out the safety car, closing the pack up. 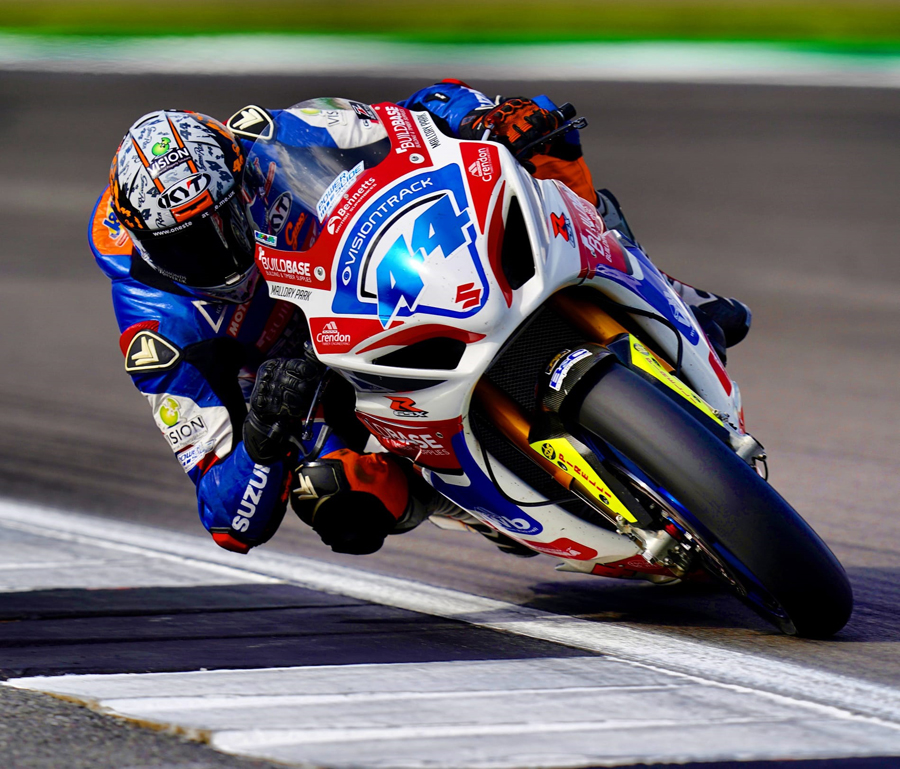 Not making the most of the restart, Rea dropped to fifth behind O’Halloran, and the two Irwin brothers of Glenn and Andy.

Fourteen laps in and Rea sat in sixth place but showed he wasn’t finished by setting the fastest lap of the race, less than a second off the lead.

Last lap and the Yamaha of Tarran MacKenzie crashed out of the lead taking team mate O’Halloran with him, bringing out the red flag with Rea dropping to sixth, after taking avoiding action.

Usually in these situations the result is taken from the previous lap which would’ve given Rea his first BSB podium but fate determined it wasn’t to be and the result stood from the lap the flag came out. 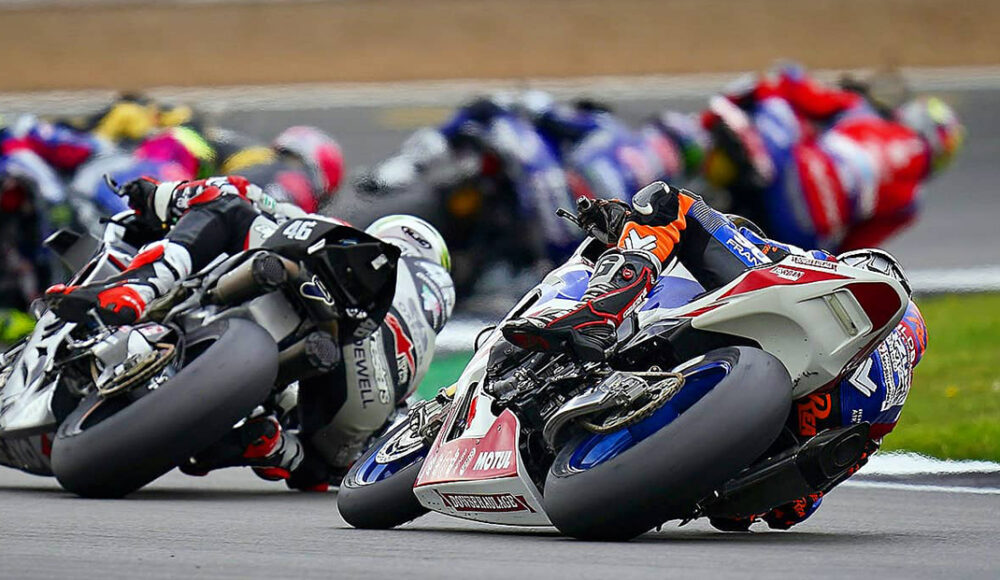 Starting from pole position for the first race on Sunday thanks to his fastest lap on Saturday, Rea timed the lights perfectly to lead into the first corner and hold it for the first lap.

Rea dropped to fourth as the race settled down but only 0.6 seconds behind Ducati mounted leader, Josh Brookes and again, was the fastest man on track at the time.

Sixteen of thirty laps down and Bridewell and Rea were on the back wheels of the top two, setting faster times to make sure this battle went down to the wire. This woke up leader Brookes who opened up a gap to leave the battle for the last places on the podium. 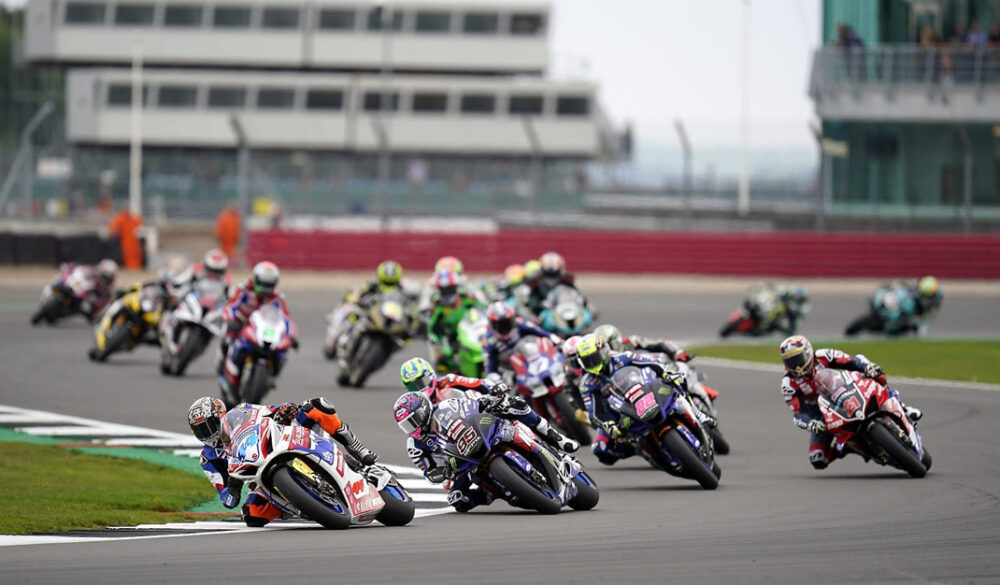 Three laps to go and Rea had dropped to sixth but still less than a second off the leader but try as he might, he couldn’t find a way past the Ducati of Bridewell and took the flag 1.469 seconds behind the winner, MacKenzie.

Starting from the outside of the front row in third place for the last race, Rea got the holeshot to lead into the first corner and the first lap before dropping to third by lap three.

Eleven laps down and fellow Buildbase Suzuki rider, Luke Stapleford went down, bringing out the red flag forcing a restarted fifteen lap race with Rea going off fifth on the grid.

Away from the lights for the second attempt, Rea slotted into second place behind Brookes from the second row of the grid, losing another spot to Bridewell by the end of the first lap. 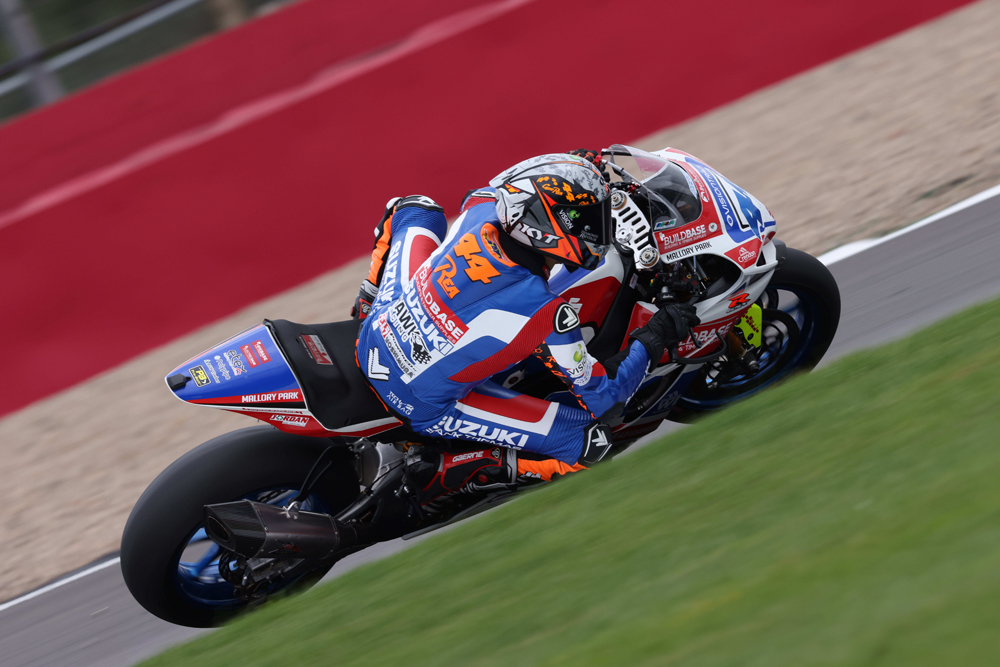 Unfortunately, his first BSB podium wasn’t to be as he lost the front on the brakes into Brooklands on lap three and ended a strong weekend in the gravel.

“I’m gutted really.” said Rea, “We did everything we could to be in a position to be on the podium.”

“The first race it looked like it was going to happen, then with the Yamaha crash I had to take avoiding action. I had no chance to go another way, I had to go left and run off the track and unfortunately I finished sixth.

“They took the result from the end of that lap rather than going from the lap before. If it was the lap before I would’ve been third without the Yamaha’s so missed out on the podium there. 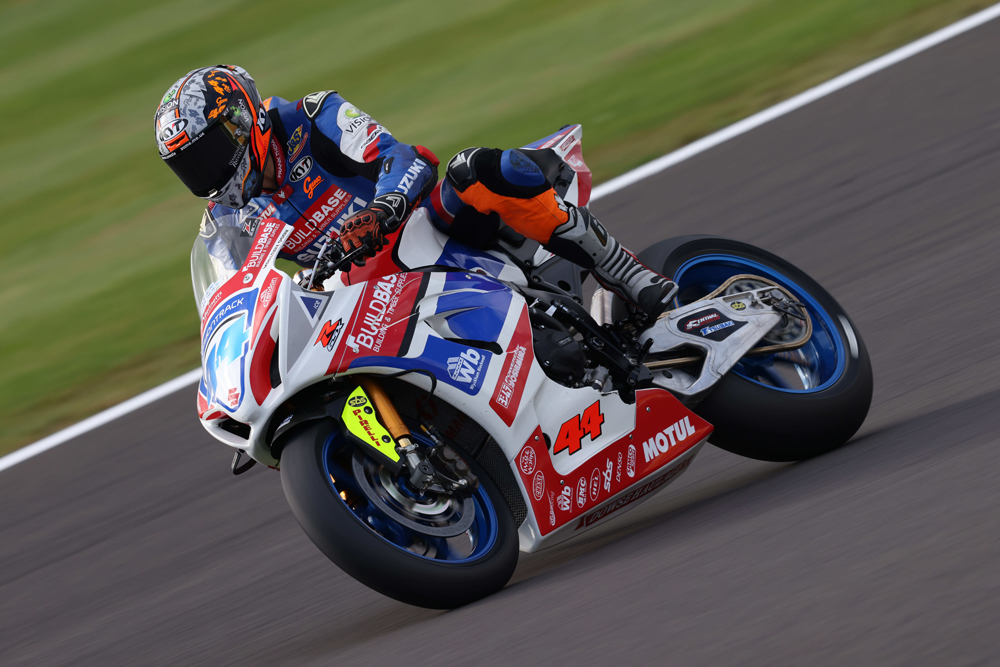 “Sunday’s first race, I felt good but just couldn’t make passes once I got into that group for fifth and sixth places. I got in a battle with Bridewell in the last two laps and we lost a tiny bit of contact with the leaders but still only finished 1.4 seconds off the win so it was a very positive race even though I was sixth.

“In the last race we made a little adjustment to the bike and it felt even better. Again, in the right group, did the right thing but unfortunately I braked a little bit late, I was on the outside as Tarran (MacKenzie) was on the inside and I was a little offline and I’m pretty sure I hit oil from the previous engine blowup which brought out the red flag. 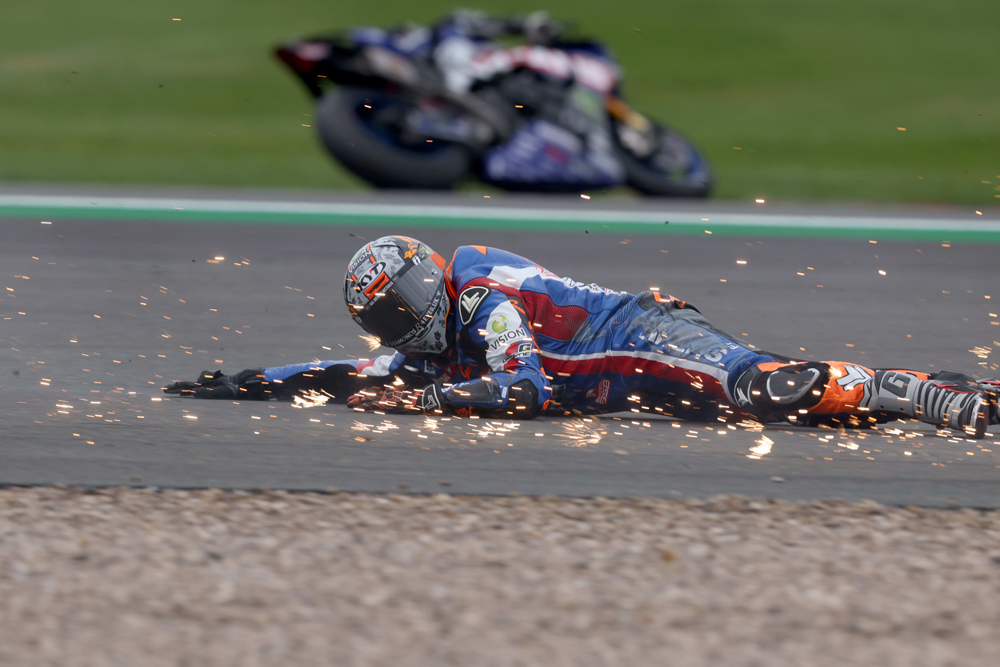 “It’s a shame. I had the pace all weekend and to get my first pole position was cool and we just have to keep fighting and hopefully the podium will come.” 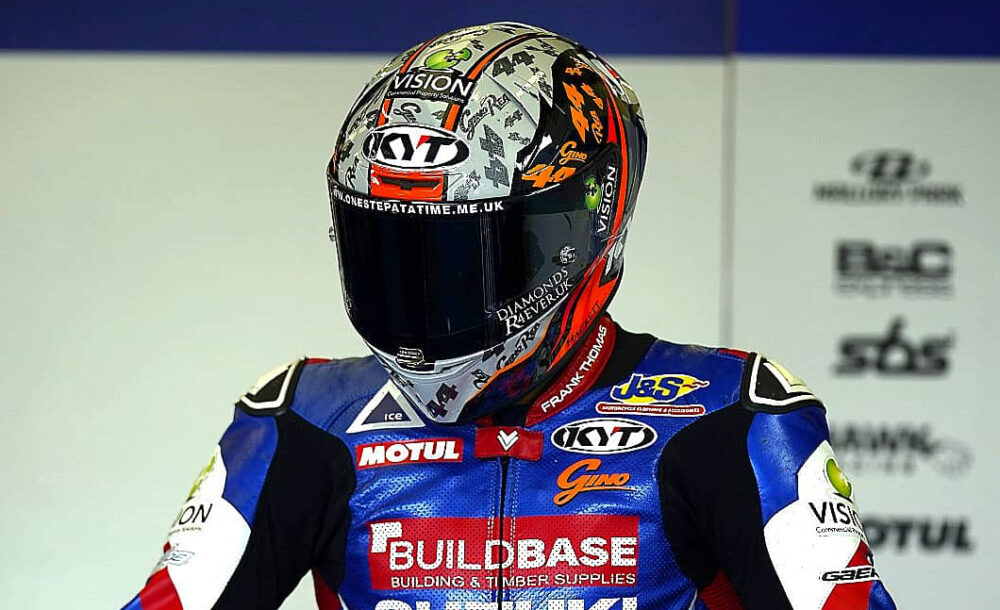 Superbike legend Shane Byrne’s rider, Bradley Ray had a good weekend finishing fifth, fourth and seventh respectively but with Brookes finishing third in the final race, the RICH Energy OMG Racing BMW man was bumped out of the final spot for the championship showdown.

The next round of the championship is at Oulton Park, Cheshire on the 24-26th September.